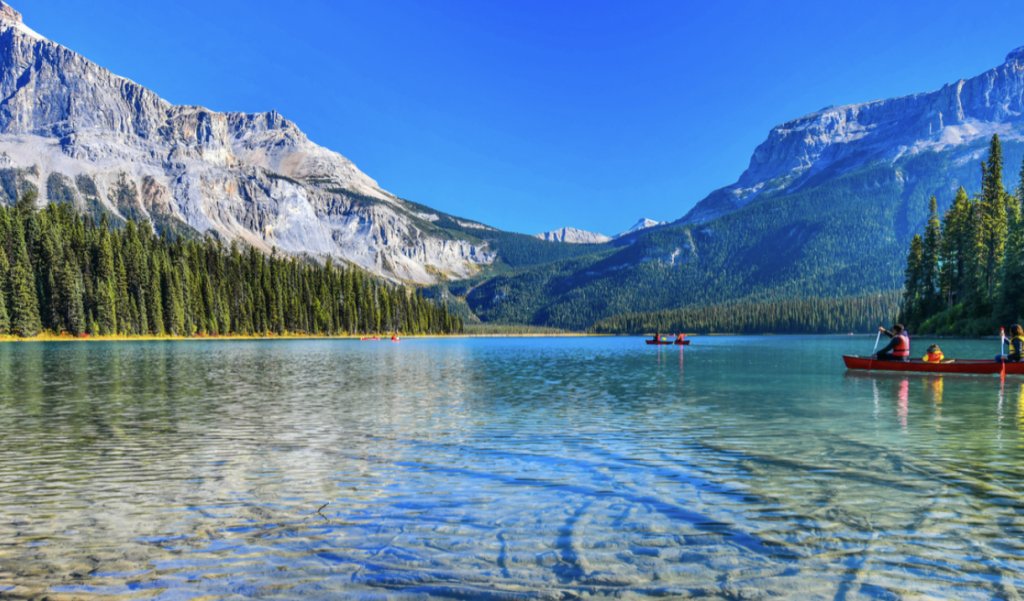 The Government’s ‘traffic light’ travel lists have been updated again, with just seven countries set to join the ‘Green List’. But Canada, which is one of these seven countries, currently has a ban on Britons travelling over anyway. BBC News has the story.

Canada and Denmark are among seven countries moving to the Green List in the latest changes to Covid restrictions.

Thailand and Montenegro are being added to the U.K. Government’s ‘Red List’ – meaning they are considered to be among the highest-risk destinations.

Finland, the Azores, Switzerland, Liechtenstein and Lithuania are also moving to the Green List.

The changes will come into force at 4am on Monday.

Travellers coming from Green List countries do not have to quarantine when they come back to the U.K. – whether or not they have had two doses of a coronavirus vaccine. They still have to be tested before leaving the U.K. however and upon their return, and fill in a passenger location form.

But while Canada is on the Green List, it currently has a ban on British nationals entering the country.

Only U.K. or Irish nationals, or U.K. residents, are allowed in to the U.K. if they have been to Red List countries. They then have to pay to self-isolate in a Government-approved quarantine hotel. [Good luck to them!] …

Charlie Cornish, Chief Executive of Manchester Airports Group which operates Manchester, London Stansted and East Midlands airports, said the changes to the travel traffic light system will make “little difference” to the recovery of the travel industry and called on the Government to “overhaul” it. 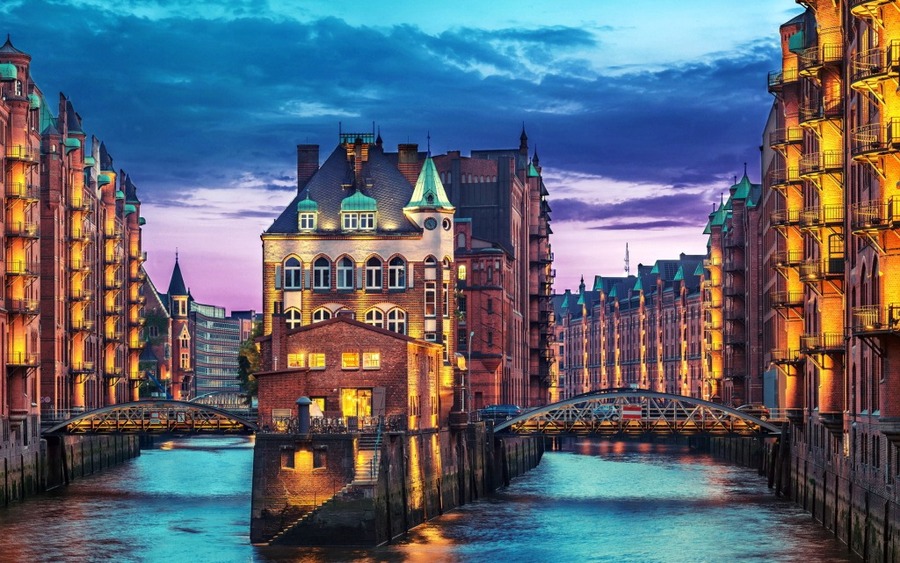 Hamburg has become the first German city to tell a range of venues, including restaurants, clubs and, according to some reports, religious institutions, that they are permitted to bar unvaccinated residents. Mandates will also apply to workers within these organisations. Those that decide not to introduce vaccine passes will be forced to continue enforcing other restrictive policies. The Local has the story.

German states on Monday moved to a uniform Covid health pass system which allows entry to many public spaces, such as indoor dining, only to people who’ve been vaccinated, have recovered from Covid or have been tested against Covid. It’s known as the ‘3G model’ in Germany.

But on Tuesday, Hamburg announced it will introduce a ‘2G option model’ for event organisers and business owners – effectively banning unvaccinated people.

It means venue and event bosses will be allowed to offer their services and allow entry only to people who are fully vaccinated or have recovered from Covid within the last six months. Those who are eligible for vaccination but haven’t got it will not be allowed to enter.

Businesses have to let the city know if they plan to use the 2G entry system.

The obligation to provide proof also applies to employees working on the premises in question, said the Senate.

Under 2G, businesses will not need the same hygiene regulations. It will allow bosses, for instance, to admit more guests or offer a free choice of seating without mandatory spacing requirements. However, masks will remain compulsory in all indoor settings.

The 2G option will be launched on Saturday. Organisers can also opt for the 3G model – but if they do, they will have to follow previous Covid restrictions, such as caps on the amount of people who can attend.

The 2G or 3G option is aimed at theatres, cinemas, trade fair operators, restaurants, hotels, swimming pools and fitness studios, among other businesses.

Organisers of sporting events with visitors, public festivals or educational courses should also be able to exclude unvaccinated people if they want to, said the Hamburg Senate.

The Senate said operators will face heavy fines if they do not check for proof of vaccination or recovery (or a negative test if it’s a 3G event). 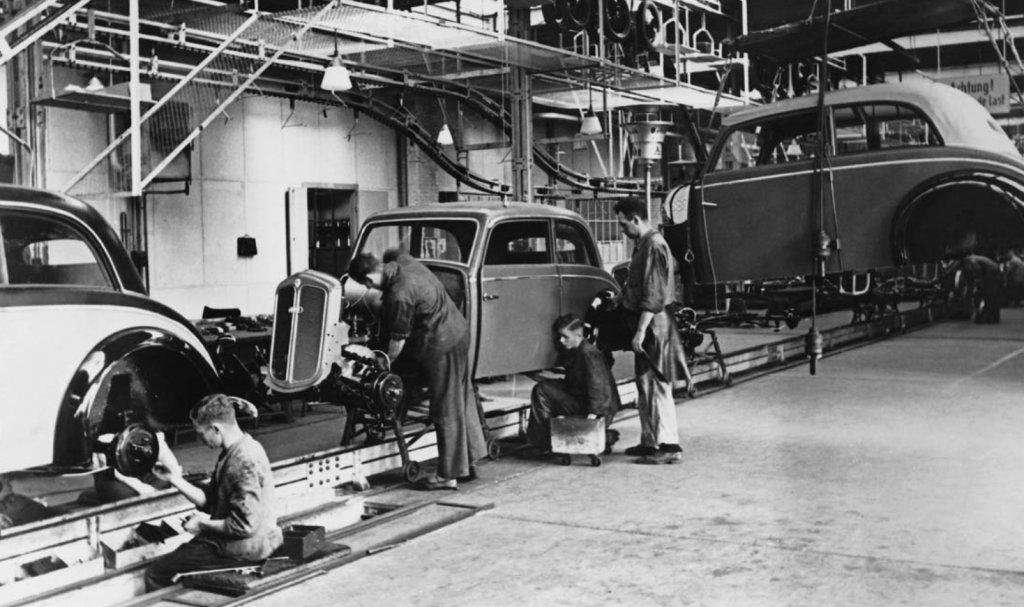 Demand for new cars may not have fallen too far over the past year of lockdowns, but staff absences caused by the ‘pingdemic’ and problems in supply chains means car manufacturers have recently been struggling to keep up. In July this year, the U.K. car industry produced fewer cars than in any other July since 1956. The Guardian has the story.

U.K. carmakers made 53,400 vehicles in July, a 37.6% drop when compared with the same month in 2020, according to data from the Society of Motor Manufacturers and Traders (SMMT), the industry’s lobby group. …

Manufacturers around the world have struggled to keep producing because of problems in their supply chains, most notably in the months-long delays to computer chips, or semiconductors, that are used to control everything from windscreen wipers to electric car batteries within the car.

Some analysts expect the chip shortages to last until next year, holding back the recovery of the car industry.

No large carmaker has been spared, and buyers are being forced to wait months for some new cars. German carmaker Volkswagen last week warned that it may have to scale back production further, after Japanese rival Toyota said that it would cut output by 40% in September.

Jaguar Land Rover and Nissan, the two largest manufacturers in the U.K., have both previously been forced to cut production because of shortages.

During June and July manufacturers also had to contend with increased levels of employee absences, as more and more workers were ‘pinged’ by their NHS apps when they had come into contact with people who later tested positive for coronavirus. …

“While the impact of the ‘pingdemic’ will lessen as self-isolation rules change, the worldwide shortage of semiconductors shows little sign of abating,” he said. 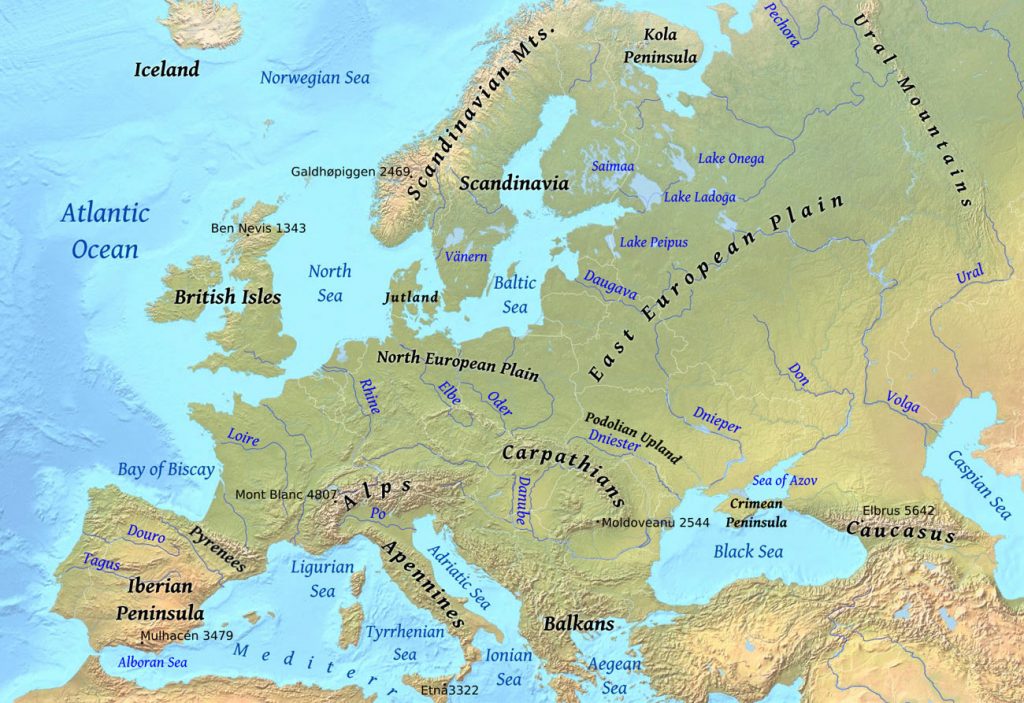 What explains the variation in COVID-19 death rates across European countries? One factor that has been mentioned since early on in the pandemic is population density.

As a BBC article from May of 2020 states: “We know that the density of population is important for the spreading of coronavirus.” The article compares the U.K. and Italy, noting that “the U.K. is considerably more densely populated”.

And indeed, it seems plausible that the virus would spread more easily in areas where people are crammed tightly together than in areas they’re spread further apart. For example, aerosols might linger in the elevator in a multi-storey building, whereas they’re unlikely to travel between one semi-detached house and the next.

This raises the question of how to measure population density at the level of whole countries. The simplest measure is the just the number of people divided by the total land area.

However, this measure doesn’t take account of urbanisation. An ostensibly sparse country could have vast swathes of land where nobody lives. So while the average population density would be low, the majority of people might still be crammed tightly together in cities.

An alternative measure, population-weighted density, is provided by the E.U.’s Urban Data Platform. To calculate this measure for a particular country, the country is first divided into ‘parcels’ of 1km2. The population density within each parcel is computed. Then the weighted average is taken, with weights equal to the population of each parcel. 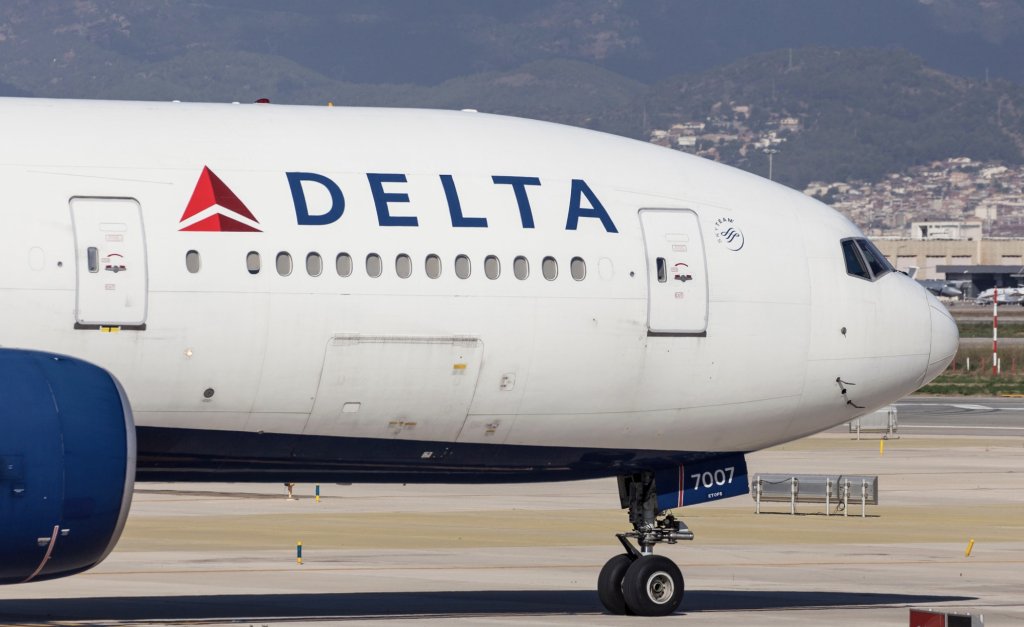 Delta Air Lines has told its staff that if they don’t get vaccinated against Covid, they will be forced to pay a $200 monthly health insurance surcharge. This comes shortly after President Joe Biden urged U.S. companies to “require your employees to get vaccinated or face strict requirements”. The Guardian has the story.

“The average hospital stay for Covid has cost Delta $50,000 per person. This surcharge will be necessary to address the financial risk the decision to not vaccinate is creating for our company,” Bastian wrote.

Starting September 12th, any U.S. employee who is not fully vaccinated will be required to take a Covid test each week. Additionally, starting from September 30th, Delta’s Covid pay protection will be provided only to fully vaccinated individuals who experience breakthrough infections.

Currently, 75% of Delta staff are vaccinated. The airline has also partnered with the state of Georgia to operate the state’s largest mass vaccination site at the Delta Flight Museum, where approximately 35% of Georgia’s mass vaccination doses were administered to residents.

“While we can be proud of our 75% vaccination rate, the aggressiveness of the variant means we need to get many more of our people vaccinated, and as close to 100% as possible,” Bastian added in the memo.