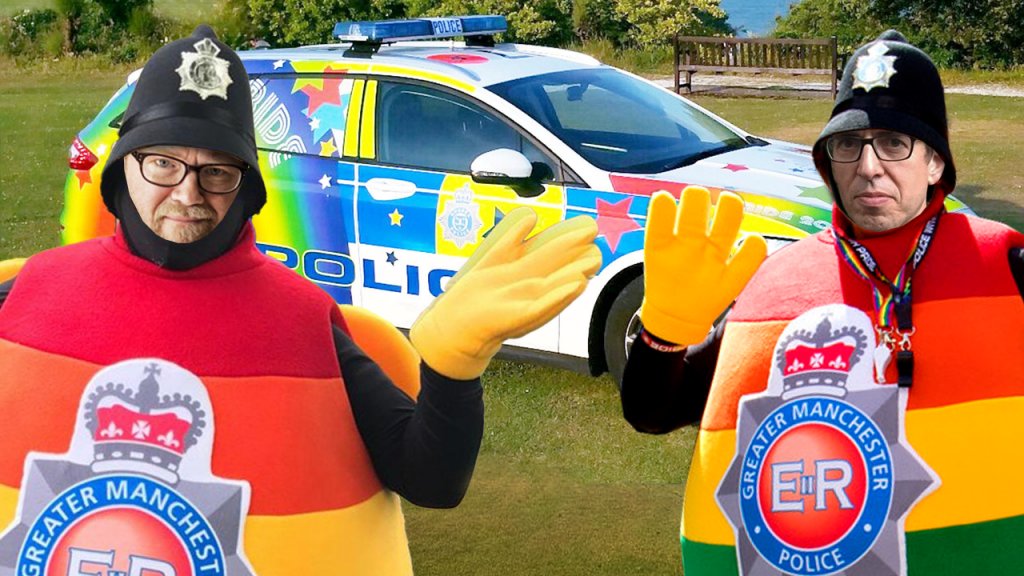 In this week’s episode of London Calling, James and I discuss the end of the special relationship, Trump urging his supporters to get vaxxed, Australia’s descent into a police state and the rainbow-coloured police cars. 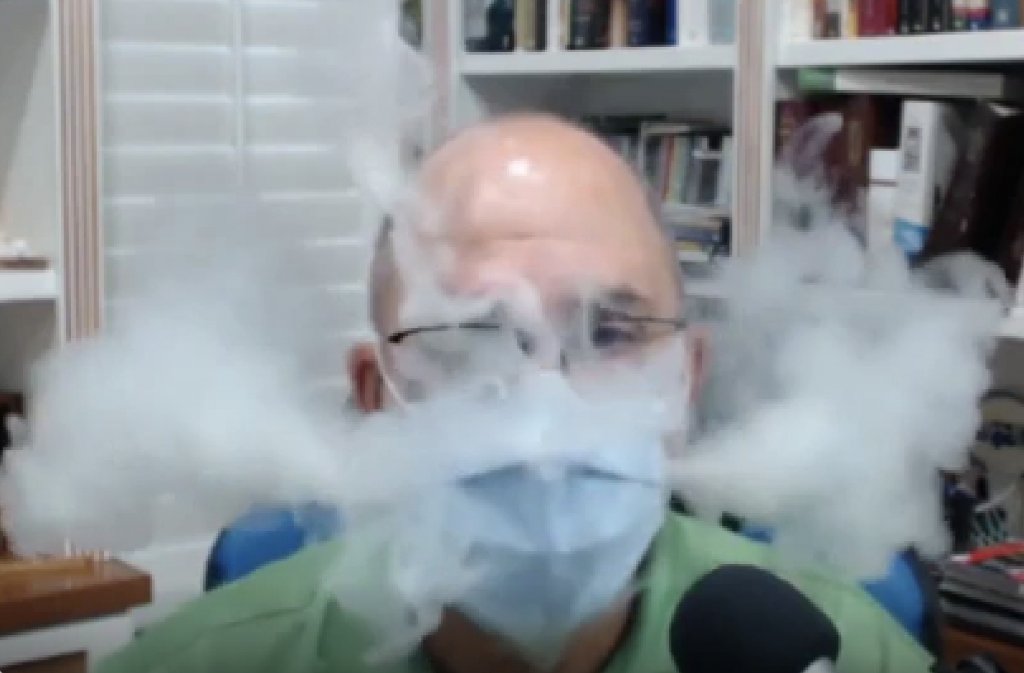 Robert Dingwall, a Professor at Nottingham Trent University and a leading sociologist, has written an excellent piece for Social Science Space criticising the imposition of mask mandates, given the paucity of evidence that masks interrupt transmission and the lack of any robust evaluation of the harms masks cause.

First, Professor Dingwall looks at the two main sources of evidence purporting to show that masks are effective.

One is studies at various scales of the impact of mask mandates on reported infection rates. These may compare cities, states, provinces or entire nations using time series data to look for inflections of rates that may be attributable to the mandates. A great deal of mathematical ingenuity has been expended in trying to control for the numerous confounders from biases in reporting, differences in diagnosis, leads and lags in public behaviour in response to the mandates, seasonal fluctuations, mobility – the list is almost endless. By the time these manipulations are complete, though, it is very difficult to conclude that there is any clear and obvious effect. Infection rates do not seem to vary much between comparable communities regardless of the NPIs that have been introduced. I have yet to see a study that identifies a clear and unequivocal benefit from a mask mandate in the form of an obvious inflection point attributable to the intervention. For all the reasons cited, this would be hard to find so perhaps we should not treat its absence as conclusive proof of a lack of benefit so much as something that is consistent with the RCT evidence that any benefit is likely to be minimal.

The other main source of evidence is laboratory studies of the properties of masks using techniques from physics and engineering. Some studies treat masks as a straightforward air filtration experiment. These are well-controlled and reproducible, but bear little resemblance to real-world conditions. The more sophisticated studies use mannikins to create a jet of air carrying inert particles into a controlled space, mimicking human exhalation. Masks can then be used to interrupt the air flow. The resulting measurements are the basis for computational models that provide more general descriptions of the spread of particles, which may be used to create video simulations. These studies are often elegant but suffer familiar problems in generalising to real-world environments. Within reason, the experimenter can manipulate the average velocity of the jet, the size of particles and the permeability of the mask in ways that aim to mimic breathing at different rates, coughing or sneezing. To get reliable measurements, including video or photographic evidence of the dispersion of the particles, the simulated exhalations must enter still air. Air, however, is never still in the real world. In any space there are thermal currents that are moving air around and dispersing exhalations in ways that are not captured, and probably cannot be captured, by the experimenter in a physically meaningful way. The efficacy of masks is also sensitive to the choice of particle size. If the experimenter favours droplets, larger particles, masks capture these quite well – but they also fall quickly to the ground and are unlikely to be inhaled by anyone at a normal social distance. If the experimenter favours aerosols, smaller particles, these are likely to pass through or around cloth masks, whose pore size is typically significantly larger than the aerosol particles. In which case the masks may filter a small proportion of the particles but probably let most through or around the edges. Where higher quality masks have been mandated, the community evidence runs into the same problems as before.

Robert Dingwall: We Need to Hold Advocates of Mask Mandates to AccountRead More 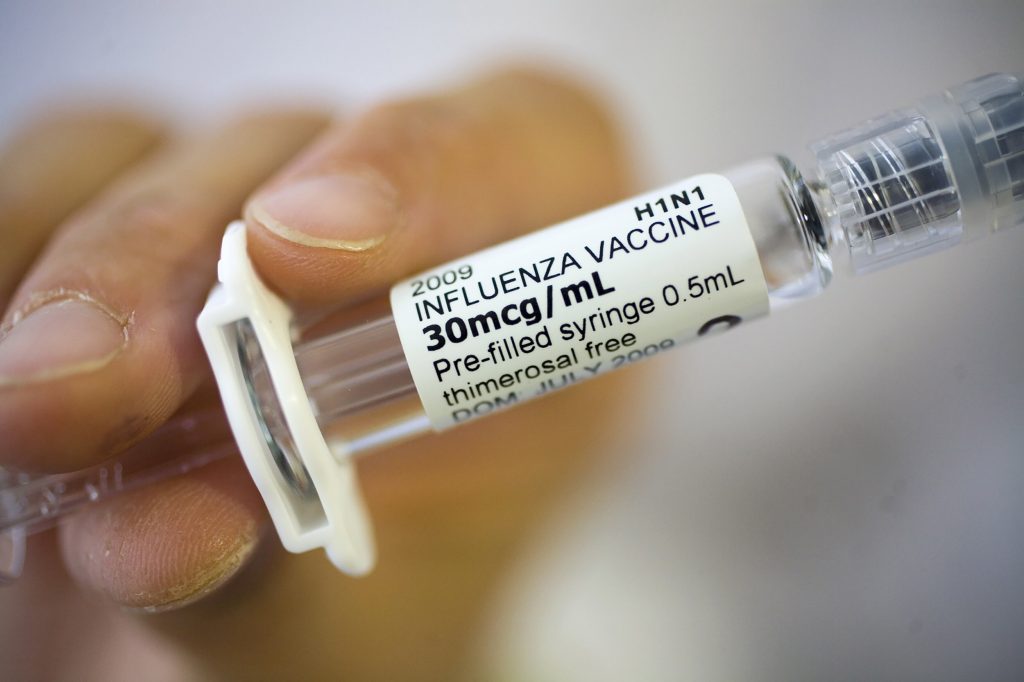 Medical experts are concerned that flu vaccines may be less effective this winter as resources have been focused on Covid over the past year and there has been a significant drop in the number of global shipments of influenza surveillance samples. MailOnline has the story.

Every year a new influenza vaccine is developed to protect against several strains of the virus that have been circulating around the world.

But over the past year, surveillance of flu strains dropped to a fraction of normal levels as medical resources were turned over to monitoring Covid.

There has also been a lack of flu infections because of lockdowns worldwide, which has also reduced surveillance.

The effectiveness of flu vaccines varies from one season to the next but it is estimated at between 30 and 60%.

It comes amid fears of a bad bout of influenza this year due to a lack of natural immunity caused by lockdowns.

Last September – five months before experts decide which strain to protect against – global genetic sequencing of flu had dropped by 94%, according to jab makers.

And global shipments of influenza surveillance samples have dropped by 62% compared to before the pandemic.

Dr. Beverly Taylor, Head of Influenza and Scientific Affairs at Seqirus, which provides Britain with seasonal flu jabs, said: “We could have reduced the opportunity to identify viruses as they emerge.

“We certainly have reduced the opportunity to look at which viruses would give the best overall protection and the best coverage of all the circulating viruses.”

There are concerns the NHS could be overwhelmed this winter by a triple-whammy of surging flu and Covid admissions, and backlog patients needing treatment.

Experts also fear immunity to flu has waned over the year-and-a-half since the pandemic began because so few people have caught the virus. 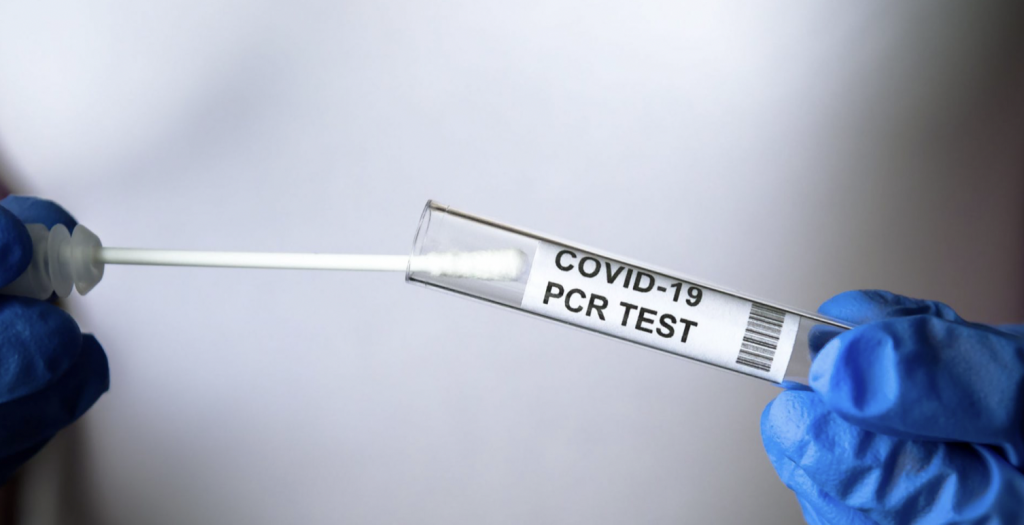 Following numerous reports of Government-approved travel testing companies failing to hand over thousands of results a week, despite holidaymakers parting with hefty sums for their services, more than 50 companies are due to be removed from the approved providers list on the Gov.uk site. Sky News has the story.

The move comes following a review of pricing and service standards from those offering day two and day eight tests for people arriving in the U.K. from overseas.

The review was announced earlier this month due to concerns that many of the companies – which are on a Government list of Covid testing services – lacked full accreditation and were charging too much.

Some 57 companies will be removed from the list as they no longer exist or they do not provide the relevant testing services.

82 companies – around 18% of those listed as offering day two and day eight tests – were found to be displaying lower prices on Gov.uk than they do on their own websites.

Those companies will be given a final warning this week and face removal from the list if they advertise misleading prices again.

There will also be regular spot checks to make sure prices are accurate, providers are legitimate, and that the company name has not simply been changed to get back on the list. …

In future, companies will be removed from the Government’s list if they do not correct problems within three days of their first warning. …

One GP clinic was listed as offering the tests for £575 on Gov.uk, although its own website said prices started at £399. 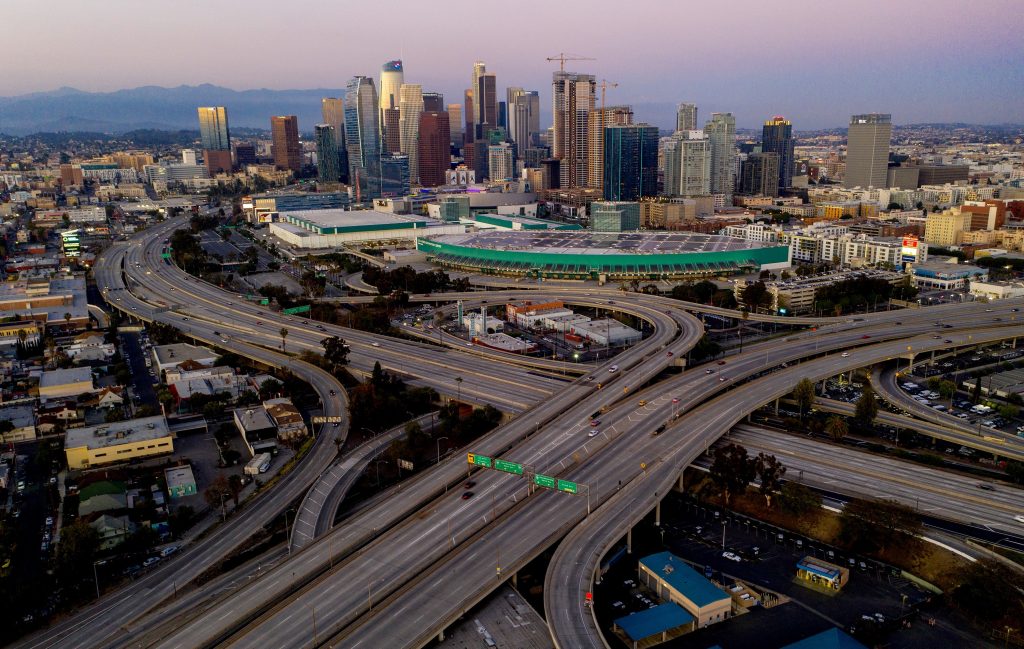 Did the costs of lockdown outweigh the benefits? Numerous analyses have concluded ‘yes’. However, these were all carried out by academics or independent researchers. To my knowledge, no Western government has published a cost-benefit analysis of lockdown (presumably due to what it might show).

In an unpublished paper, the economic consultant L. Jan Reid has attempted a cost-benefit analysis of lockdown in the United States. He in fact reports two separate analyses: first, what he calls a “traditional analysis”; and second, what he calls his “preferred analysis”.

Reid’s traditional analysis makes the unrealistic assumption that every life lost is valued equally at $7.8 million (which is the average value from a list of published estimates). It yielded a benefit/cost ratio slightly greater than one, suggesting the lockdowns were worth it. On the other hand, three out of four sensitivity analyses yielded benefit/cost ratios of less than one.

To estimate the total benefits of lockdown, he multiplies the estimated number of lives saved in each age-group by the ‘economic value of life’ for that age-group, and then sums the values across all age-groups.

When calculating the costs of lockdown, Reid includes the hit to GDP, money spent on federal stimulus programs, lives lost from the restrictions themselves, and several other items. Overall, his preferred analysis yields a benefit/cost ratio far below one, indicating that the lockdowns weren’t worth it.

While I suspect Reid overestimates lives lost from the restrictions themselves, the benefit/cost ratio is still below one even excluding this particular item. What’s more, he uses a very liberal estimate of the number of lives saved by lockdowns – approximately two million. The true figure, I would guess, is substantially less than this.

Reid concludes that the “cost of the lockdowns was up to 10 times greater than the benefits”. You may not agree with all his assumptions, but the paper is worth reading in full.