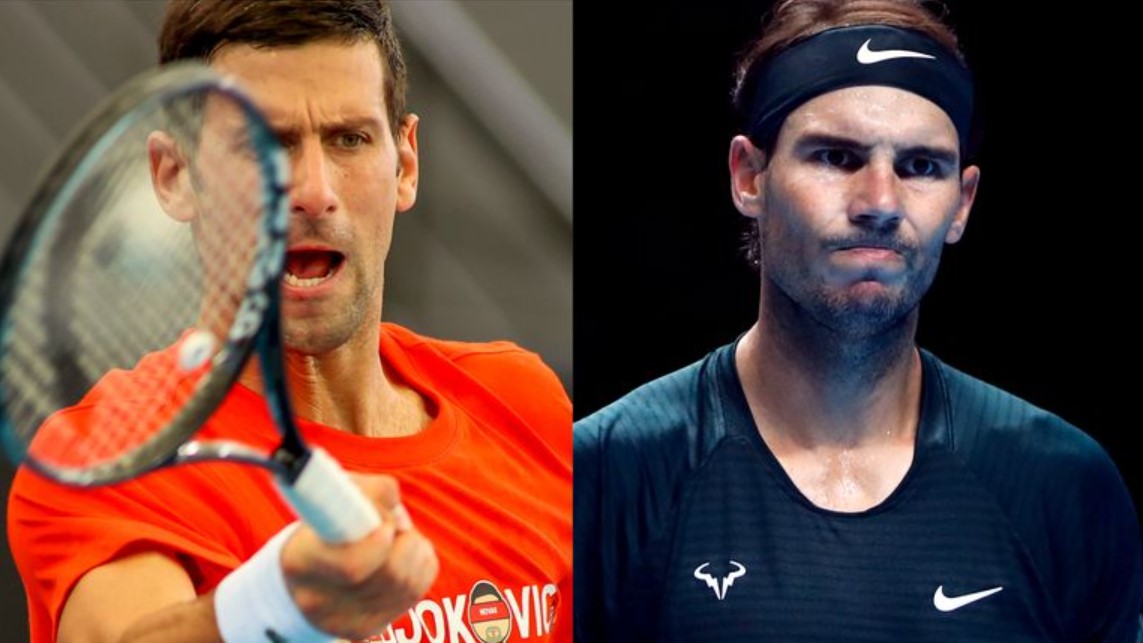 Tennis world number one Novak Djokovic has been told by rival Rafael Nadal that he only has himself to blame for being denied entry to Australia over his vaccination status. The Telegraph has more.

Nadal took aim at his long-time rival, who was facing being deported on Thursday for failing to provide “appropriate evidence” to warrant him being granted a medical exemption to play at the Australian Open.

The Spaniard, who is tied with Djokovic and Roger Federer on 20 grand slams and could now be the only one of the three at the first major of the year, also implied those who refused to be jabbed were selfish.

Nadal said: “If he wanted, he would be playing here in Australia without problems. He makes his own decision. Everyone is free to take their own decisions, but then there are some consequences. I don’t like the situation that is happening. In some way I feel sorry for him. But at the same time, he knew the conditions since a lot of months ago, so he made his own decision.”

Djokovic has repeatedly refused to reveal whether he had been inoculated against COVID-19 but has previously stated he was “opposed” to vaccination.

Stressing the importance of players being jabbed, Nadal said: “We have been going through very challenging [times] and a lot of families have been suffering a lot during the last two years with all the pandemic.

“I went through Covid. I have been vaccinated twice. If you do this, you don’t have any problem to play here. That’s the only thing.

“The only, for me, clear thing is if you are vaccinated, you can play the Australian Open and everywhere, and the world in my opinion has been suffering enough to [not] not follow the rules.”

Nadal’s comments come as Downing Street uses the incident to encourage everyone to get vaccinated.

Asked about concerns sportsmen are not getting jabs, the [Downing Street] spokesman said: “We absolutely think that everyone should get vaccinated and get boosted, regardless of profession.”

Pushed further on the Djokovic developments, the spokesman declined to comment directly on the incident but noted U.K. Government scientists have addressed concerns from professional sportsmen.

The Prime Minister’s official spokesman said: “We do absolutely want to see everyone get vaccinated.

“We know from a raft of evidence that it is completely safe regardless of your profession and that everyone should come forward, both to benefit themselves and to benefit others.”

The claim that the vaccines are “completely safe” is blatant misinformation as Government advice itself is clear that the vaccines come with risks of serious side-effects. The U.K. Yellow Card adverse event reporting system has so far clocked up over 1,314,659 adverse reactions including 1,822 deaths associated with the coronavirus vaccines, one of the highest profile being BBC presenter Lisa Shaw. A number of elite sportsmen have reported serious adverse reactions that have affected their performance and there are worries about a spike in heart attacks among professional footballers.

The claim that the vaccines benefit others is also misleading given studies which show vaccine effectiveness dropping below zero (meaning the vaccinated are more likely to be infected) and U.K. Government data likewise showing infection rates much higher among the vaccinated than the unvaccinated in many age groups.

Nadal’s blaming of Djokovic for not being vaccinated and referring to “consequences” is perverse and sinister. Why should there be consequences for not being vaccinated against a disease that is no real threat to you, particularly when you have already had it, as Djokovic appears to (it is reported his exemption was based on having Covid recently). It is disturbing that when there are draconian laws requiring young, healthy, even recovered people to be vaccinated with novel vaccines of questionable safety profile in order to enjoy basic freedoms, people blame those who resist going along with the madness rather than the illiberal rules themselves.

Djokovic was in any case abiding by the rules by applying for an exemption, which he had been granted, though it is now in dispute. Jamie Murray complained that Djokovic’s exemption represented special treatment that players with a lesser status wouldn’t have received, but it is now being reported that three other players had already been granted entry to the country on the same kind of visa. This makes it looks not so much like special treatment as special mistreatment to make an example of him as a high profile opponent of mandatory vaccination.

Djokovic is currently in a Melbourne hotel that his mother has called a hotel “for immigrants, full of fleas with horrible food”, where he will spend the next three days before the next hearing in his effort to overturn the ban on entering Australia is held on Monday.

The Futility and Hazards of Boosterism