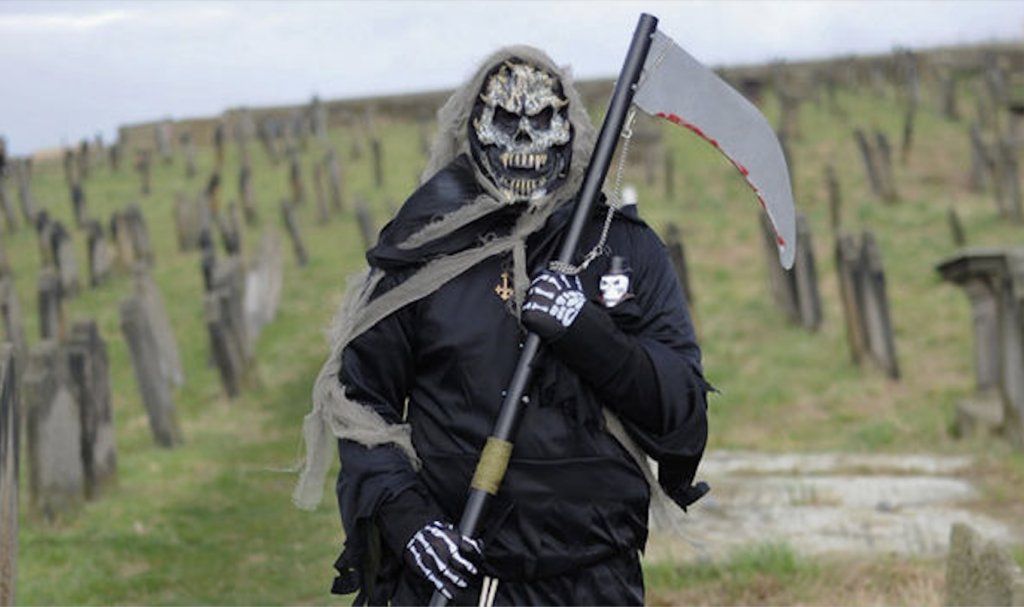 Deaths in England and Wales were 7.8% below the five-year average for the week ending January 7th, ONS data show, in the latest sign that the pandemic is coming to an end. The Telegraph has more.

The fall remains even though the ONS has removed 2020 from its five-year average figure because the first year of the pandemic was so extreme.

When 2021 was also removed there were just 87 more deaths than expected, which experts said was “nothing unusual”, arguing that the 922 Covid deaths reported that week were being offset by fewer deaths from traditional winter killers such as flu.

The ONS figures also show that the virus was not the primary cause of death in nearly a quarter of the registered Covid deaths.

Prof Andrew Hayward, a member of the Scientific Advisory Group for Emergencies (SAGE), said he expected the virus to settle into a seasonal pattern that will cause “much less disruption”.

“We may still get quite big winters of infection but not the sort of level where we can justify wholesale societal closedown,” Prof Hayward told Times Radio. “So I think it is genuinely an optimistic picture.”

For the U.K. as a whole, deaths were down 8.3%, with 1,255 fewer people dying than would normally be expected for the first week of January. 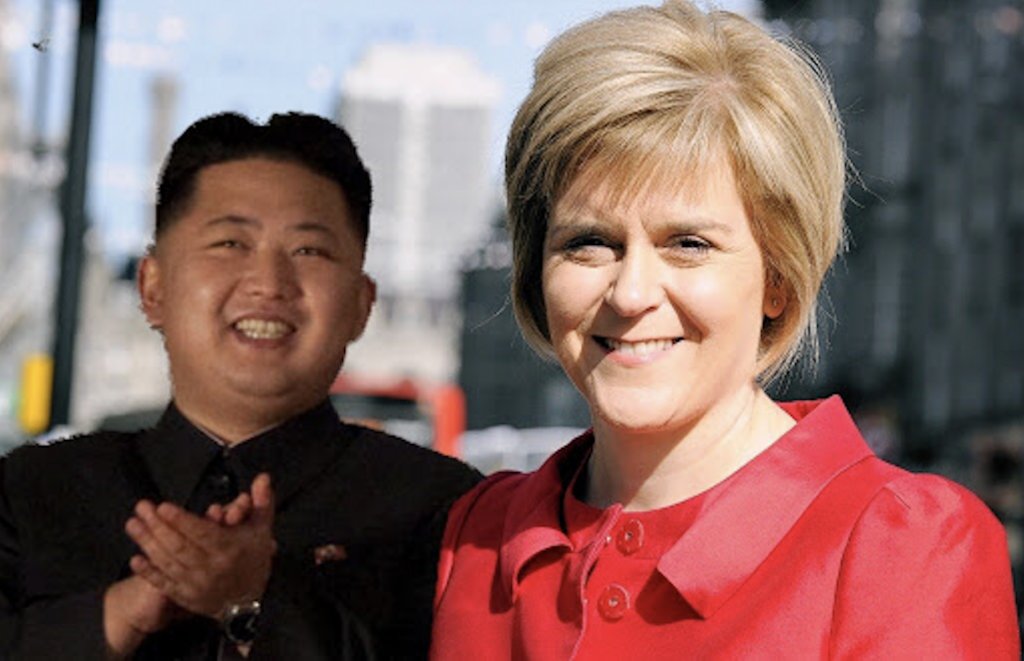 Scottish First Minister Nicola Sturgeon has agreed to lift those Covid restrictions brought in to combat the Omicron variant, admitting the country is on the “downward slope” of infections. MailOnline has more.

From next Monday, January 24th, bars and restaurants will no longer only be able to serve customers seated at tables, while social distancing will also be removed.

Nightclubs will also be allowed to reopen as she sweeps away restrictions in place since before Christmas, while plans to extend the Covid passport scheme have been scrapped.

Attendance limits on indoor events will also be lifted – bringing them into line with outdoor events in a move that came into effect yesterday.

However baseline coronavirus measures in place before the Omicron wave will remain, including masks are still legally required indoors and on public transport.

The First Minister also announced the Scottish Government would not be expanding its vaccine certification scheme into new venues with the Tories demanding it be scrapped entirely.

She said: “Taking all of this into account, and triangulating the various sources of data, allows us to say with some confidence that the rise in cases driven by Omicron peaked in the first week of January and that we are now on the downward slope of this wave of cases.”

Stop Press: Daily Covid cases have dropped by 20%, week-on-week, and Sajid Javid hints that ‘Plan B’ restrictions will be “substantially reduced” next week. MailOnline has more.

This is the 23rd of the round-ups of Covid vaccine safety reports and news compiled by a group of medical doctors who are monitoring developments but prefer to remain anonymous in the current climate (find the 22nd one here). By no means is this part of an effort to generate alarm about the vaccines or dissuade anyone from getting inoculated. It should be read in conjunction with the Daily Sceptic‘s other posts on vaccines, which include both encouraging and not so encouraging developments. At the Daily Sceptic we report all the news about the vaccines whether positive or negative and give no one advice about whether they should or should not take them. Unlike with lockdowns, we are neither pro-vaccine nor anti-vaccine; we see our job as reporting the facts, not advocating for or against a particular policy. The vaccine technology is novel and the vaccines have not yet fully completed their trials, which is why they’re in use under temporary and not full market authorisation. This was done on account of the emergency situation and the trial data was largely encouraging on both efficacy and safety. For a summary of that data, see this preamble to the Government’s page on the Yellow Card reporting system. (Dr. Tess Lawrie in June wrote an open letter to Dr. June Raine, head of the MHRA, arguing that: “The MHRA now has more than enough evidence on the Yellow Card system to declare the COVID-19 vaccines unsafe for use in humans,” a claim that has been ‘fact checked’ here.) Boris Johnson said in October that being double vaccinated “doesn’t protect you against catching the disease, and it doesn’t protect you against passing it on”. We publish information and opinion to inform public debate and help readers reach their own conclusions about what is best for them, based on the available data.

According to an updated report, the MHRA Yellow Card reporting system has recorded a total of 1,414,293 events based on 431,482 reports. The total number of fatalities reported is 1,932. 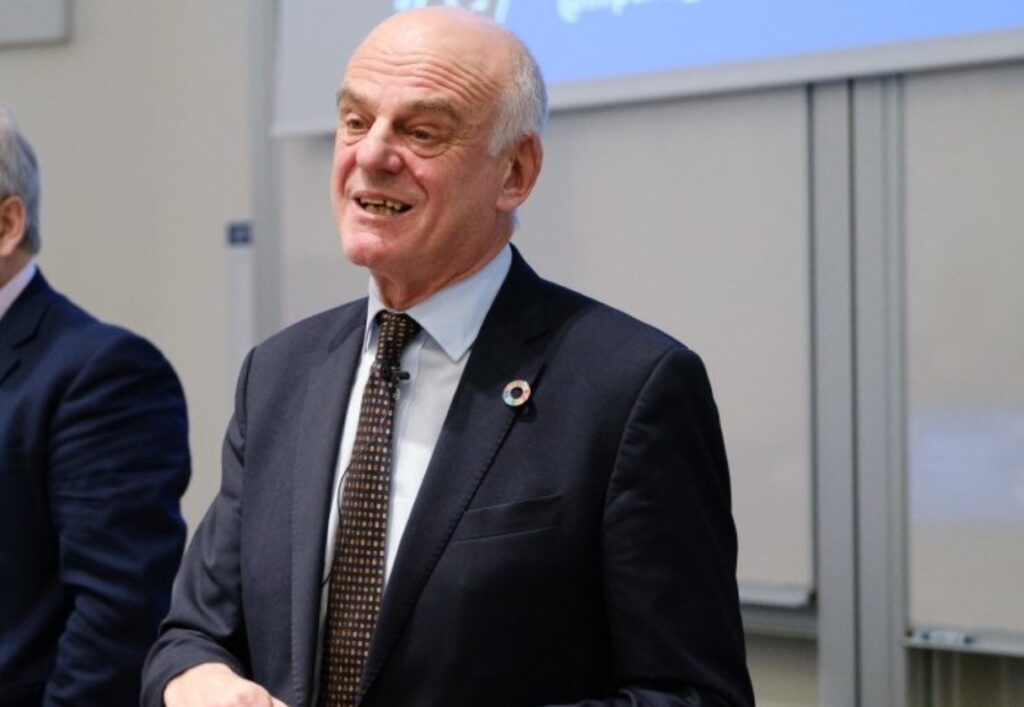 The World Health Organisation (WHO) has warned the Government against lifting Plan B restrictions next week, calling it “unwise”. The Telegraph has more.

Dr. David Nabarro, the WHO’s special envoy on COVID-19, said it is “important that there is no premature promising that restrictions will end at a particular time”.

“I want to be hopeful but I want to do my best to be as clear with what I’m really seeing, which is where I need to continue to be cautious and I will be.”

Asked about the prospect of the Government lifting Plan B restrictions in England, he added: “I’m a public health person… I would not be making promises some time in the future because, once you make a promise, it’s super hard then to change what you’re going to do – you feel you’re kind of doing a U-turn.

The idea that it is because of Plan B measure like face masks, work-from-home guidance and vaccine passports for nightclubs that infections have been falling since the New Year would be laughable if they didn’t keep repeating it as a circular justification for restrictions. As Professor Ehud Qimron noted in his recent letter to the Israeli Government declaring the lockdown-vaccine strategy a failure:

You refused to admit that the infection comes in waves that fade by themselves, despite years of observations and scientific knowledge. You insisted on attributing every decline of a wave solely to your actions, and so through false propaganda you ‘overcame the plague’. And again you defeated it, and again and again and again.

Fortunately, a decent number of Conservative MPs are not listening to the WHO’s misguided fearmongering, telling the Prime Minister that he must drop the mask mandate next week or face the largest rebellion yet. From the Telegraph.

WHO Warns Government Not to Lift Plan B RestrictionsRead More 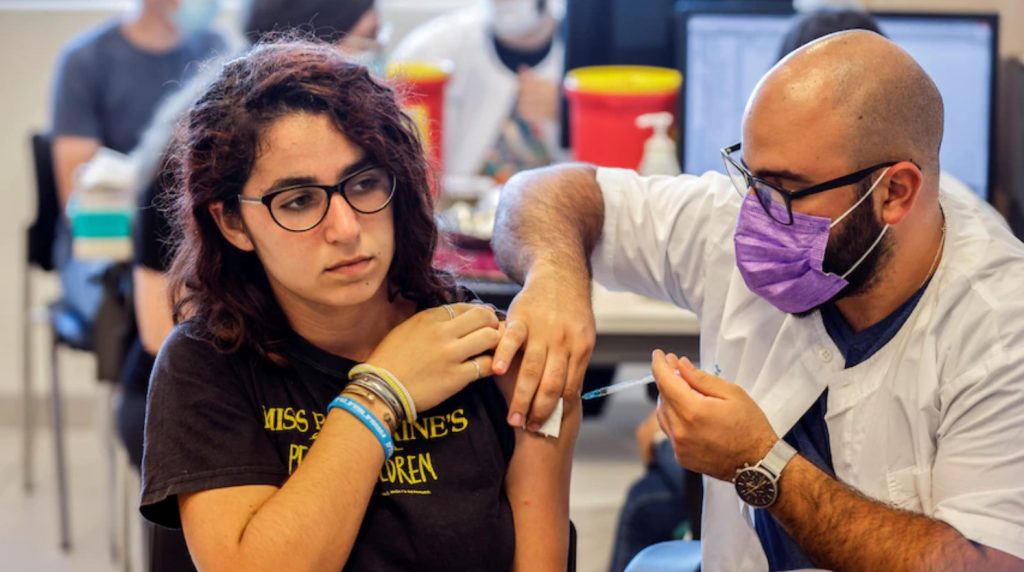 A fourth dose of Covid mRNA vaccine is not effective against Omicron infection, preliminary research from Israel has shown. Health Policy Watch has more.

“Despite a significant increase in antibodies after the fourth vaccine, this protection is only partially effective against the Omicron strain, which is relatively resistant to the vaccine,” lead researcher Prof Gili Regev-Yochay, told a media briefing on Monday.

Some 154 health workers at Sheba Medical Center received their fourth Pfizer shot two weeks ago. A week ago, 120 health workers received a shot of Moderna following three doses of Pfizer one week ago.

They were matched with a control group of around 6,000 health workers who have been being followed by the hospital since the start of Israel’s vaccination campaign in December 2020.

According to Regev-Yochay, the third dose resulted in “much higher antibodies, neutralisation and the antibodies were not just higher in quantity but also in quality” than the second dose – but the fourth vaccine did not show significant antibody increase.

“Maybe there are a few more antibodies but not much more compared to the third dose,” said Regev-Yochay.

Last week, she told Israeli Prime Minister Naftali Bennett that there had been a five-fold increase in antibodies in people who took the fourth dose, but she later told a radio station that “the amount of antibodies returns to the level it was after the third vaccine, not more. It’s nice, but it’s not what we expect from a booster”.

In addition, around the same percentage of hospital workers who received the fourth dose caught the virus as those who didn’t get the fourth booster.

With the UKHSA reporting three-dose protection against Omicron at under 50% after 10 weeks, this suggests a limit to what repeated shots of the same vaccine can achieve.

The findings come as Israel experiences a large surge in reported infections and ICU admissions, despite 65% of the country being at least double-dosed, 46% being triple-dosed, and some even quadruple-dosed. It will be interesting to see how this translates into deaths (how many of them are incidental admissions?), and what this might tell us about Omicron and vaccines. 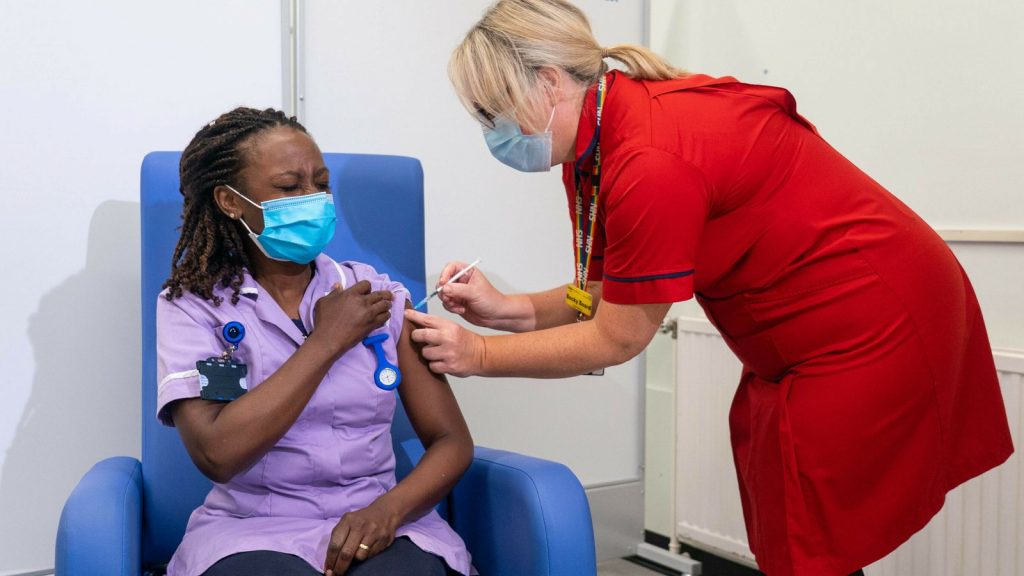 The NHS will begin sacking staff who have not had a Covid vaccine in just 16 days as the deadline to receive the first jab approaches on February 3rd, new guidance reveals. The Telegraph has more.

All frontline staff are required to have had two jabs by April 1, meaning the first dose must have been administered by Feb 3rd. More than 80,000 – 6% of the workforce – remain unvaccinated despite repeated efforts to boost take-up.

NHS guidance to employers says all frontline staff who have not been vaccinated should start being called into formal meetings from Feb 4th and warned that they face dismissal. Dismissal notices will start being issued from that day, with the notice period ending on March 31st.

Roles covered by the rules include porters, receptionists and ward clerks as well as doctors and nurses.

NHS managers have been told they can redeploy frontline staff who will not be vaccinated into backroom roles that do not involve direct patient contact. But the guidance says they do not have to be concerned with finding “suitable alternative employment”, nor will redundancy payments be made to those who are dismissed.

Separate local guidance for GPs suggests creating different entrances and exits for unvaccinated staff to avoid them crossing paths with patients. The advice, from the Cambridgeshire local medical committee, says this would be a “pragmatic” approach.

The NHS guidance says organisations should warn regulators if they identify areas likely to be hit by staffing shortages that could threaten patient safety.

Workers will be asked to show Covid passes to prove they have had their jabs, or for evidence to show that they are exempt.

The Government’s own impact assessment says 73,000 NHS staff in England could be lost because of the rules. There are currently vacancies for almost 100,000 NHS jobs, including 40,000 nursing posts.

He said those who failed to get vaccinated were “standing on the shoulders” of others who had taken steps to help protect the population, adding that, since consultation began, take-up of jabs by NHS workers had risen from 92% to 94%.

There it is in black-and-white: they’re not being sacked because they’re deemed unsafe, but because others have been vaccinated and they’re perceived as free riders. It’s not about patient safety (how much difference will the last 6% really make to transmission, even if you assume the vaccines are highly effective against Omicron, which they’re not) but about vindictive, self-defeating politics that will only worsen the NHS staffing crisis and mistreat thousands of hard-working people who were heroes until last week. The Government needs to U-turn on this now before it makes yet another unforced error and further undermines its authority and support.