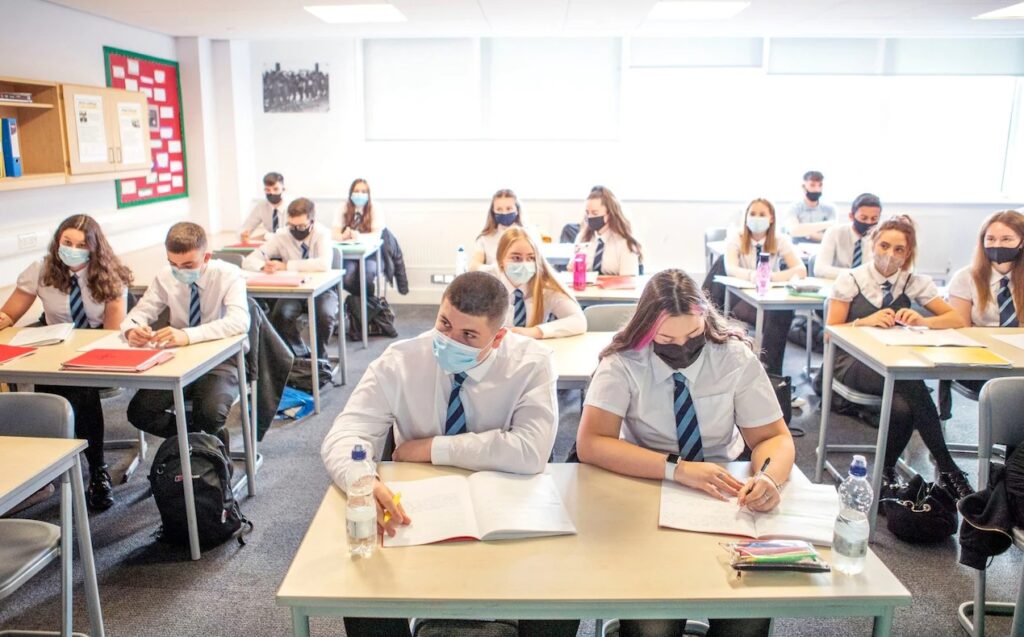 More than a dozen Tory MPs and peers have backed a court challenge against the imposition of face masks in school classrooms, saying there is “insufficient evidence” to support the policy and it must be withdrawn with “immediate effect”. The Telegraph has the story.

The Government was sent a Letter before Action by lawyers acting for the parent campaign group UsForThem which claims the current guidance is disproportionate, irrational and discriminatory.

The legal challenge is supported by several Tory politicians, including Sir Graham Brady, chair of the powerful 1922 committee of backbenchers, Robert Halfon, Chair of the Education Select Committee, and Marcus Fysh, Chair of the All Party Parliamentary Group on Education.

It is exceptionally rare for MPs to back a legal challenge against their own Government, and the move will ramp up pressure on ministers to axe the policy.

On January 1st, just two days before millions of pupils were due to return to the classroom following the Christmas break, the Government announced that all secondary school pupils would be asked to wear masks during lessons.

The move came just after teacher union bosses issued ministers with a series of demands which included asking why face masks were not required in classrooms in England while they were in Wales and Scotland.

Ministers said at the time that the decision to reimpose masks in classrooms for the first time since May last year would be reviewed on January 26th.

The Letter before Action, sent from JMW Solicitors on Saturday and addressed to the Education Secretary, says the policy must be “immediately revoked”.

It points out that the pandemic has had a “profound impact” on children and says it is “imperative” that steps are taken to aid their mental and physical recovery.

The guidance on face masks in the classroom is “plainly discriminatory”, the letter says, since it puts children with special education needs at a “significant” disadvantage.

The Education Secretary has failed to consider the impact on children’s wellbeing of “largely continuous” mask wearing for up to ten hours per day, it adds.

“To make this decision at this stage is to make a decision that no reasonable public body would make in all the circumstances,” the letter says.

“There is no rational basis to introduce this precaution at this stage. There is apparently no credible scientific evidence to support it and at the same time a large – and growing – volume of evidence which shows its harmful impact.”

JMW Solicitors has given the DfE until January 26th to respond and say that if changes are not made to the guidance, they will launch a judicial review.

Other Tory MPs backing the letter include Steve Baker, Deputy Chair of the Covid Recovery Group, Chris Green, the MP for Bolton West, and David Warburton, MP for Somerset and Frome.

Dame Helena Morrissey and Baroness Foster are among the Conseravtive peers who have lent their support to the legal challenge. And several academics also endorse the legal letter, including Professor Carl Heneghan, Director of Oxford University’s Centre for Evidence Based Medicine, and Professor Sunetra Gupta, an epidemiologist and infectious diseases expert at Oxford University. 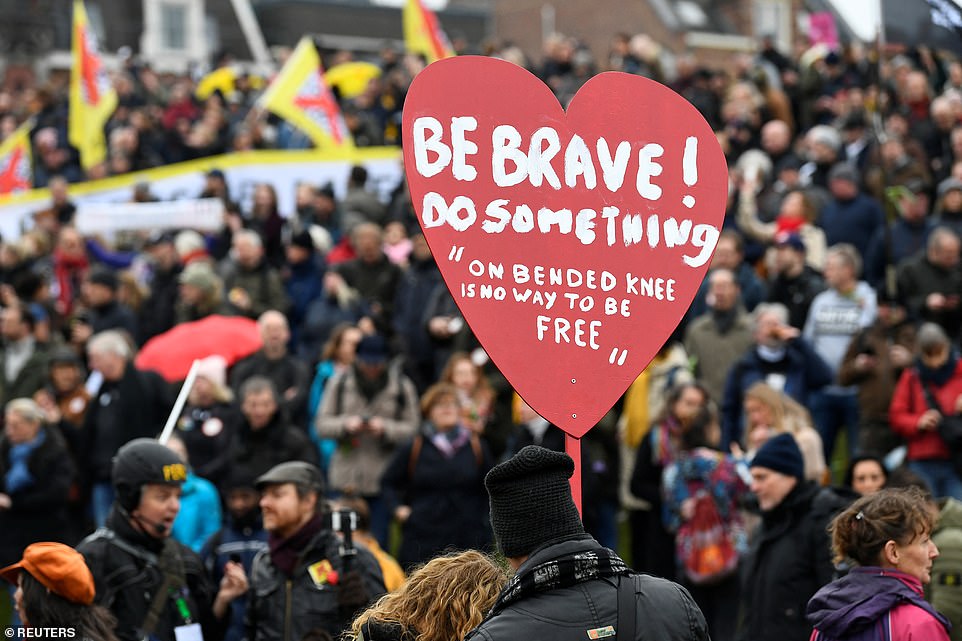 Thousands of protesters packed Amsterdam’s streets on Sunday in opposition to the country’s draconian lockdown restrictions and vaccine passports. Inevitably, the protestors were attacked by riot police. Reuters has more (although it’s typically one-sided).

Riot police with batons and shields broke up a crowd of several thousand who had gathered in Amsterdam on Sunday to protest against COVID-19 lockdown measures and vaccinations.

Public gatherings of more than two people are prohibited under restrictions imposed by the Netherlands in an effort to prevent the Omicron variant of the coronavirus overwhelming an already strained healthcare system.

At least 30 people were detained after scuffles, during which four officers were injured, police said in a statement.

Amsterdam mayor Femke Halsema had issued an emergency ordinance, empowering police to clear the central Museum Square, after the protesters defied a ban on public gatherings.

The protesters, who mostly did not wear masks or abide by social distancing rules, ignored an order not to hold a march and walked along a main thoroughfare, playing music and holding yellow umbrellas in a sign of opposition to Government measures.

The Netherlands went into a sudden lockdown on Dec. 19th, with the Government ordering the closure of all but essential stores, as well as restaurants, hairdressers, gyms, museums and other public places until at least Jan. 14th.

You can see a YouTube video of the protest here and get a sense of the size of the demonstration here. 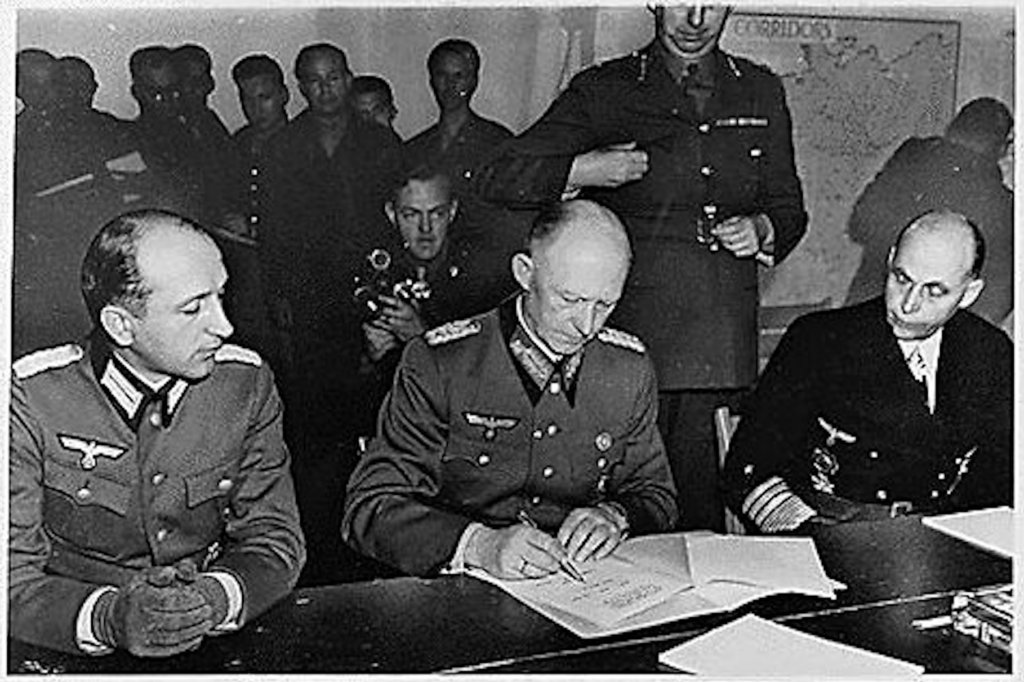 In an article for today’s Mail on Sunday, Shadow Health Secretary Wes Streeting says that we should never lock down the country again and have to learn to live with the virus. When even lockdown’s most fervent enthusiasts abandon the policy, you know the argument is won.

We know that the coronavirus is here to stay but, as Labour’s Shadow Health Secretary, I don’t want to see our country in lockdown ever again.

A visit to a primary school in my constituency this week was a reminder that lockdowns come at a great cost.

Children spent 155 days out of school on average over the past couple of years, but the impact on their learning, their wellbeing and their life chances is immeasurable.

Entrepreneurs who have spent years building up their businesses have seen them collapse, while others have made enormous sacrifices just to survive.

Workers have lost their jobs.

All through no fault of their own.

I still haven’t forgiven the Chancellor, Rishi Sunak, for leaving so many self-employed people excluded from any support whatsoever, while carelessly handing billions in Covid support to fraudsters.

There is plenty of evidence that shutting us off from our colleagues, friends and family has taken its toll on our mental health and wellbeing.

Feelings of loss and loneliness are inevitable when much of what makes life worth living is taken away.

That’s why when Keir Starmer spoke about shifting the focus on healthcare to prevention as well as cure yesterday, he pledged that Labour would guarantee mental health support within a month to all who need it.

We need to learn to live with Covid. 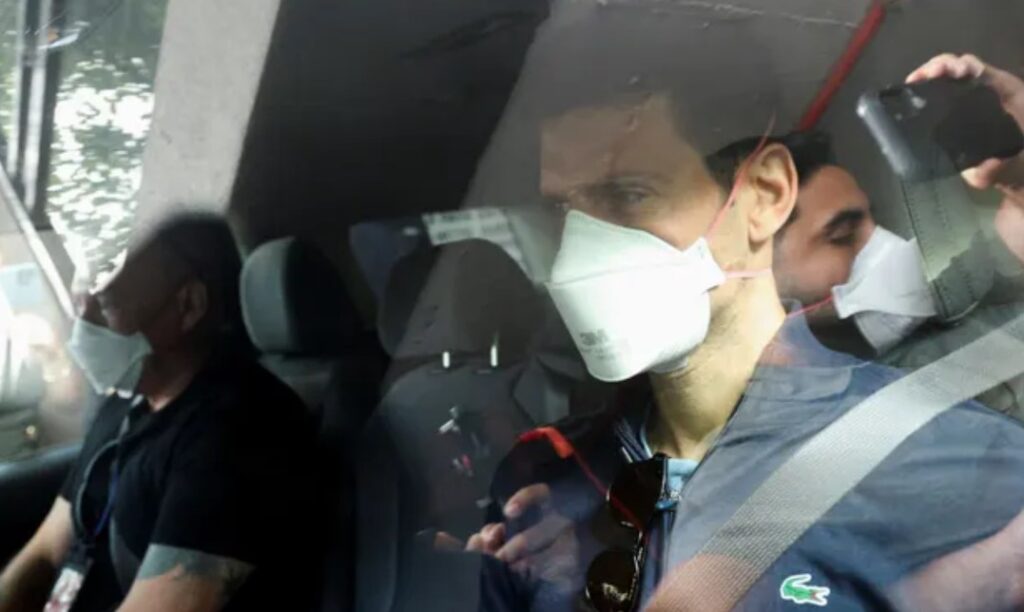 World No. 1 tennis player Novak Djokovic is to be deported from Australia following a court ruling upholding the cancellation of his visa by the Immigration Minister. The Telegraph has more.

Djokovic’s lawyers argued the Minister had provided no evidence the Serbian’s presence in the country may “foster anti-vaccination sentiment” when scrapping his visa.

In response, the Government highlighted Djokovic’s anti-vaccination stance and his “history of ignoring Covid safety measures”.

The world No. 1 spent Sunday in his lawyers’ offices, under the guard of two immigration officials, while the challenge was heard via video link.

After just over three hours of deliberations, the three judges decided unanimously to uphold the Immigration Minister’s right to cancel Djokovic’s visa.

Djokovic had the option of trying to take the legal fight further but said although he was “extremely disappointed” by the decision he would cooperate with the deportation.

The Immigration Minister Alex Hawke welcomed the unanimous ruling of the judges to uphold his decision “to cancel Mr Djokovic’s visa in the public interest”.

Australia’s strong border protection policies have kept us safe during the pandemic, resulting in one of the lowest death rates, strongest economic recoveries, and highest vaccination rates in the world. Strong border protection policies are also fundamental to safeguarding Australia’s social cohesion which continues to strengthen despite the pandemic.

Djokovic released a statement saying he was “extremely disappointed” with the court ruling. 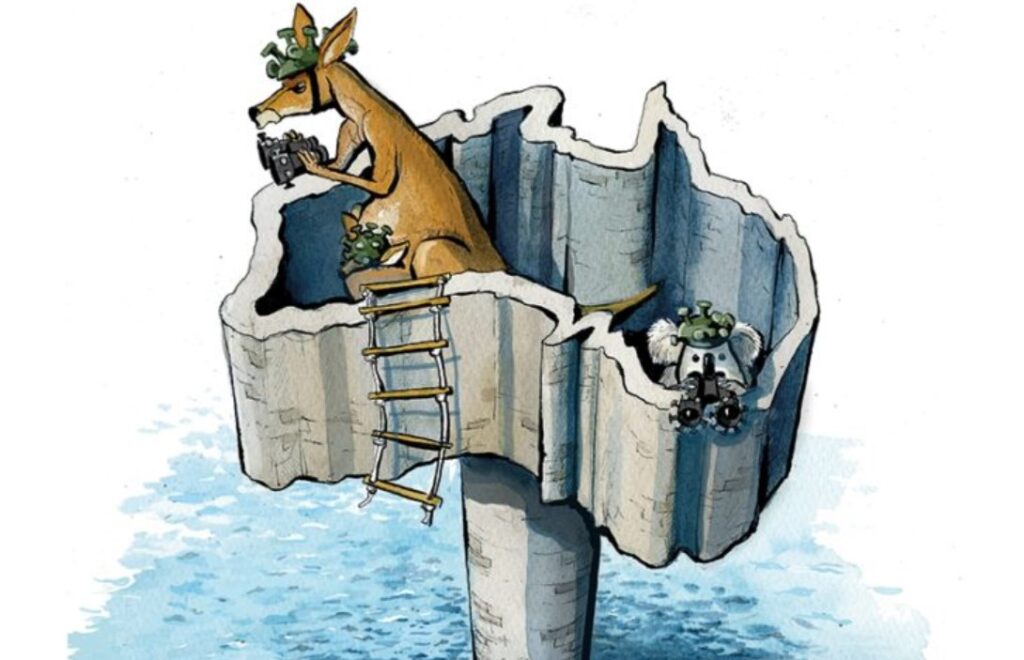 There were cynics who doubted the clowns who run this country could maintain their high standards of idiocy into this third year of pandemonium, but here they come again, tripping over their giant shoes as they enter the ring. Buffoons of that pedigree were never going to let us down.

True to their vision, we’re trapped in a miasma of bumbling incompetence, leavened with spiteful, vindictive meddling in our private lives. Polka-dotted bowler hats off to them, I say.

What a wacky week these crazy kids have delivered us. But before we luxuriate in the comic masterpiece of the Australian Open and Government’s removal of its reigning champion, Novak Djokovic, late on Friday, we should pause to applaud the latest jewel in the crown of our leaders’ stupidity: the screamingly funny $1,000 fine for not filing your positive rapid antigen test to the NSW Government’s gnomes.

The early promise and backbone shown by the NSW Premier suggested he’d fluffed his lines, but normal nonsense programming was restored at the prompting of his Health Ministry halfwits and a couple of Sydney talkback windbags. Their barrage of uneducated blustering and bullying, echoed by the shrieking flock of Chicken Littles that nest in our print media, saw the Premier’s resolve evaporate like the morning mist.

Given his Government has no idea who among its subjects has the RAT kits (I bought a couple of packets a month ago – or did I?), nor how many they have, or whether they’ve been used, correctly or otherwise, or by whom, or what result they gave, it seems unlikely that any fines will be collected. So, an unenforceable law to deal with an undetectable offence with a mighty but undeliverable penalty. If there’s a more amusing way of inviting contempt for the rules and their creators, I look forward to it.

You can see the appeal, though: at a grand a pop they only need to catch 11 million recalcitrants and – bingo! – that’s paid for the 58 million PCR tests we’ve conducted so far.

Besides, self-reporting has marvellous potential. In some U.S. cities there have been calls to defund the police, but our jokers have gone one better and outsourced the role to the citizens. A simple command to report oneself on pain of punishment – why did no one think of that before?

“Hello, NSW police? I drove home on New Year’s Eve and used a breath-test machine to discover to my horror that I was marginally over the limit. Please suspend my licence for three months – oh, and there’s a cheque for $1,500 in the post.”

Meanwhile, infections continue to climb, hundreds of thousands a day, boosted by the eager self-testers who uploaded their results to the health services website. So after nearly two years of kicking it, here’s where the can has ended up.

In Australia, the Clowns Are in Charge – And It’s No Laughing MatterRead More