Covid Vaccine Could Become Mandatory for Troops in U.S. Military 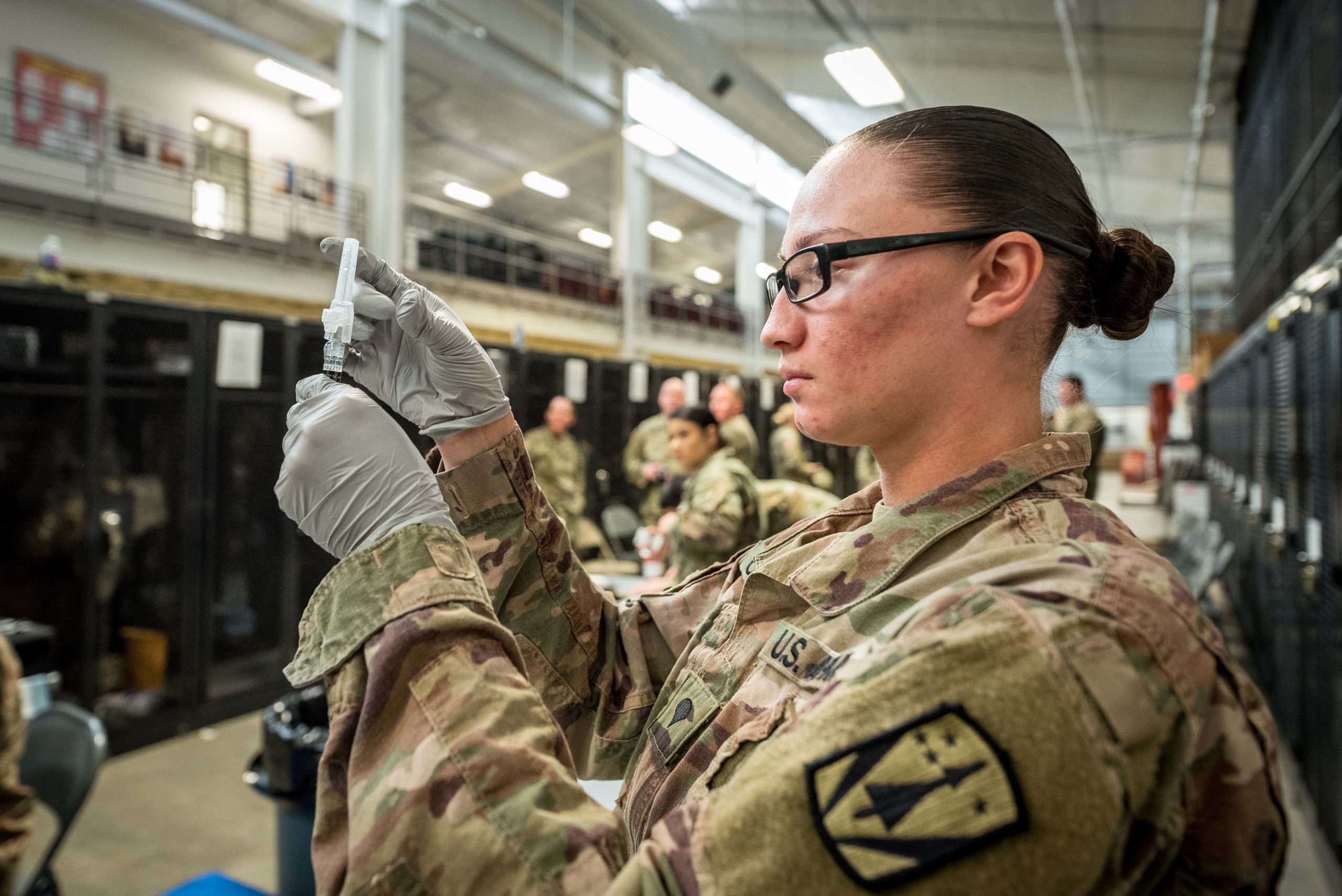 U.S. Defence Secretary Lloyd Austin is expected to recommend that vaccination against Covid should be mandated for all 1.3 million active-duty military troops, with the final decision lying with President Joe Biden. The shift in position is believed to have occurred because of fears over the Delta variant. The New York Times has the story.

Biden announced last week that all federal employees and on-site contractors must be vaccinated against Covid, or be required to submit to regular testing and other measures. The requirement extended to the 766,372 civilians working for the Defense Department, but not active-duty service members.

That could soon change, administration and military officials said on Tuesday. Austin, who recently returned to the United States from a trip to Asia, has asked the military services to report on how and when they would go about putting a mandate in place. Mr Austin has previously said that he would not be comfortable with a mandate until the vaccines are fully approved by the Food and Drug Administration (FDA), but officials and executives across the board are rethinking their position as the Delta variant surges.

The FDA plans to fully approve the Pfizer Covid vaccine, one of the most widely used vaccinations, by early next month, people familiar with the effort have said. The move will lead to more vaccination mandates across the country, but officials say Mr Austin is not expected to wait for final approval before making his recommendation. …

About 64% of active-duty military members are fully vaccinated, above the 60% of Americans over 18 who are fully vaccinated. But for the military, the rate is unacceptably low, raising issues of readiness should cases rise among service members. It is also difficult to deploy troops who have not been vaccinated to countries with stringent local restrictions.

Beyond readiness, a big part of the push for a mandate for the military centers on the belief that service members could set an example for their families and friends in states where vaccine hesitancy has been higher.

“When people see that these guys got the vaccine and nothing happened to them, that could be decisive,” said Dr Ezekiel J Emanuel, a Bioethicist at the University of Pennsylvania who advised Mr Biden during his transition.

“People admire our military,” he said. “They can serve as a positive example.”

Needing to Be Vaccinated Against Covid to Travel Abroad “A Reality in This New World”, Says Grant Shapps