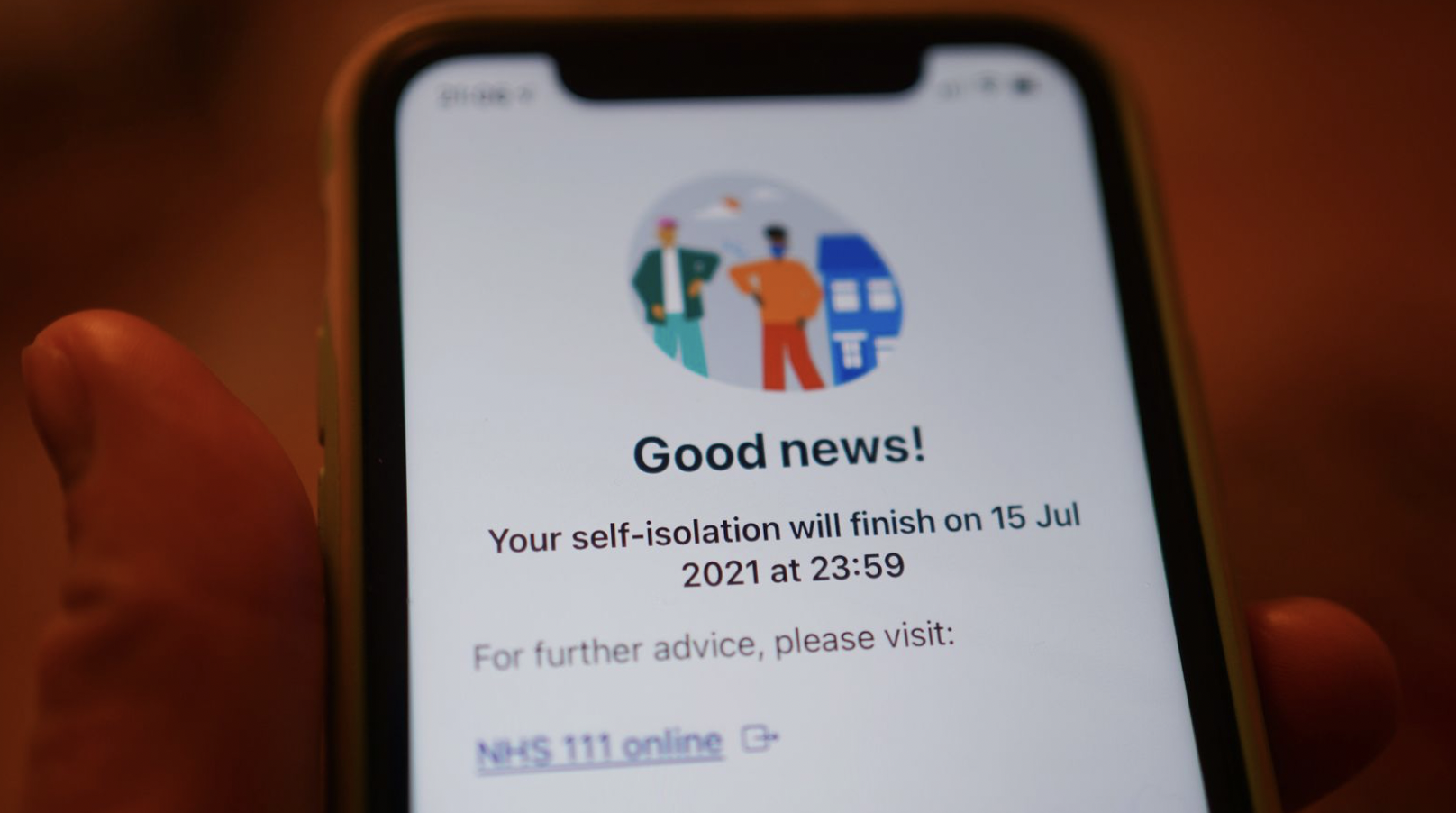 Fewer people will be told to self-isolate in the coming weeks following an update to the NHS Covid app which means only those who have come into contact with an asymptomatic case in the past 48 hours (rather than the past five days) will be ‘pinged’. But this is only likely to prevent up to one fifth of ‘pings’, according to reports, highlighting that the ‘pingdemic‘ is far from over.

The response to the update from business leaders has been cold. The main impression seems to be that the change is “too little, too late”. A spokesman for the Adam Smith Institute (ASI) think tank says the app – even in its new form – is “designed for a world with no treatments and no vaccines” and so has no place in Britain. MailOnline has more.

U.K. Hospitality Chief Executive Kate Nicholls said more had to be done, with the fact that fully vaccinated staff still having to self-isolate being a “significant barrier to venues operating viably and moving towards recovery”.

And the ASI said the Government should now consider handing impacted firms a rebate for the “lost business the NHS app has taken out of our productive and otherwise healthy economy”.

Ms Nicholls said: “This intervention from Government is absolutely necessary to prevent a complete loss of summer trading for the hospitality sector following prolonged periods of severely disrupted trading.

“This will help to alleviate some of the pressure currently being experienced by hard-hit businesses, but is not a silver bullet.” …

She added that the industry body’s research found more than 250,000 hospitality workers are being affected by ‘pings’ at any given point by the app.

And a spokesman for the ASI said: “This is exceptionally welcome for firms struggling with employees off – not because they’ve got Covid but because of an app designed for a world with no treatments and no vaccines.

“It comes too little and too late though for so many companies that have lost revenue and taken on debt from reduced service provision and custom due to the app.” …

Although the change to the app is a major move to address the pingdemic, it will apply only in cases where Covid-carriers do not have symptoms – about one third of total infections.

This means hundreds of thousands are still likely to be pinged each week and the self-isolation carnage will continue to wreak havoc until the rules are fully relaxed later this month [but only for those who are fully vaccinated].

Currently when people are pinged by the app they are advised – but not legally obliged – to self-isolate for 10 days.

Trade union Unite said the change in guidance does not go far enough, and repeated its call for the automotive and steel sectors to be exempt from self-isolation rules. …

The Government said fewer people will now be pinged overall but the total number of “high-risk contacts being advised to self-isolate” will stay the same.