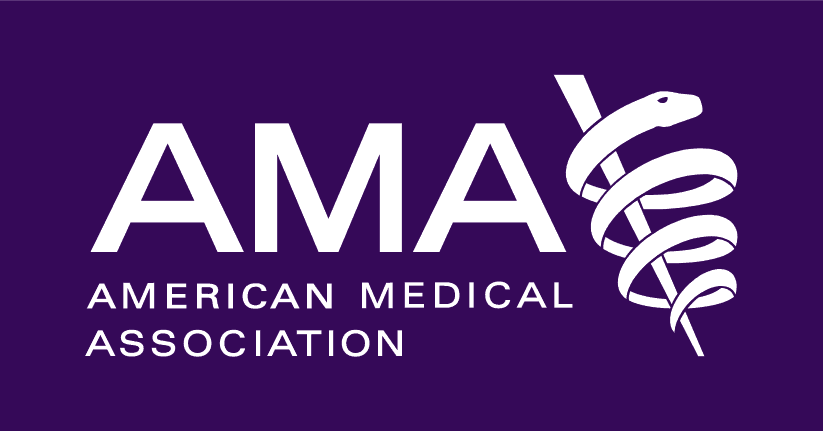 In a press release on 16th June, the American Medical Association (AMA) announced the policies that were adopted by medical leaders at the latest meeting of the AMA House of Delegates. These policies, we are told, “drive the future of medicine” and aim to “remove obstacles that interfere with patient care”.

The first policy listed is to “oppose work requirements for food stamps”. And the second is to “advocate for alternatives to immigration centers”. If you’re wondering why these particular policies were adopted by a medical organisation, you’re not alone. They sound like standard left-wing talking points to me. (This isn’t meant as a criticism of those policies; it’s just odd to see them in an AMA press release.)

However, the most noteworthy policy adopted by the AMA is to “advocate for the removal of sex as a legal designation on the public portion of the birth certificate”. Now, you might have assumed that a person’s sex was a fairly important piece of medical information – one that really ought to be recorded on their birth certificate. But apparently not.

According to AMA Board Chair-Elect Sandra Adamson Fryhofer, recording sex on birth certificates “fails to recognize the medical spectrum of gender identity”, and “risks stifling an individual’s self-expression and self-identification”. (Note that the AMA is the largest professional association for physicians and medical students in the United States, with annual revenues of over $300 million.)

The AMA’s move comes after the publication of a paper in the New England Journal of Medicine last December titled “Failed Assignments – Rethinking Sex Designations on Birth Certificates”. (The NEJM is arguably the world’s most prestigious medical journal. It boasts an impact factor of 75, compared to only 60 for The Lancet.)

The authors of that paper make a number of arguments in favour of removing sex from the public portion of birth certificates. I will respond to each of them in turn.

First, they note that the birth certificate has always been “an evolving document, with revisions reflecting social change, public interest, and privacy requirements”. For example, race and parents’ marital status were removed from the public portion “to permit self-identification and to avoid stigma, respectively”.

So the argument here is, “since these two characteristics were removed, why not sex as well?” To begin with, parents’ marital status is much less clinically relevant than sex, so little information is lost by removing the former.

Race is clinically relevant (and one could make a case for reintroducing it). However, the number of people who identify with a race or ethnic group different from their actual one is vanishingly small; indeed, there is a lot of stigma against so-called “transracialism”. Hence there is unlikely to be a situation in which someone from one racial or ethnic group is claiming to be from another.

Moreover, there are still a number of domains in society that are segregated by sex (e.g., athletics, prisons, domestic abuse shelters), and it is therefore desirable to have a non-invasive way of confirming someone’s sex. By contrast, there are almost no domains that are segregated by race – in fact, only CRT-inspired “racial sensitivity” workshops and things like that.

Second, the authors argue that recording sex on birth certificates “suggests that sex is simple and binary when, biologically, it is not”. This is simply false, as numerous scholars have pointed out.

While there are a tiny number of intersex people who cannot be easily categorised as either male or female, there are no additional sexes beyond those two. Sex is defined by gamete size: females produce large gametes (eggs), while males produce small gametes (sperm). Since no one has yet discovered another type of gamete, there are only two sexes.

Interestingly, the authors even acknowledge the concern that “without information from birth certificates, enforcing separate men’s and women’s restrooms or locker rooms would be difficult”. Though they believe this concern is misplaced.

What’s more, even though sex often is a “stand in for other variables”, it may be useful to know someone’s sex when those other variables are not readily available. As a recent literature review in The Lancet notes, there are numerous biological differences between men and women, and these “translate into differences in disease predisposition, manifestation, and response to treatment”.

Fourth, the authors argue that recording sex on birth certificates “risks stifling self-expression and self-identification”, and that such records “may be used to exclude transgender people from serving in appropriate military units”. To begin with, there is no reason why recording someone’s biological sex on their birth certificate should prevent them from having a different gender identity.

And the issue of transgender people “serving in appropriate military units” is largely irrelevant. Even if sex were not recorded on birth certificates, it would still be possible to determine someone’s biological sex (e.g., from a DNA test). So if the military decided to exclude transgender people from certain units, enforcing that rule would not depend on what information is given on birth certificates.

The case for removing sex from the public portion of birth certificates doesn’t hold water, relying heavily – as it does – on the fallacy that “sex is not binary”. Recent calls for the removal of sex appear to be motivated more by the goals of radical activists than by any cogent scientific considerations. Sex is a fundamental biological variable, which is still relevant in many areas of society – not least medicine. So it really ought to stay.

You can subscribe to Noah Carl’s Substack newsletter for as little as $5/month here.