Reported Covid Cases Down by More Than a Fifth on Last Thursday in U.K. 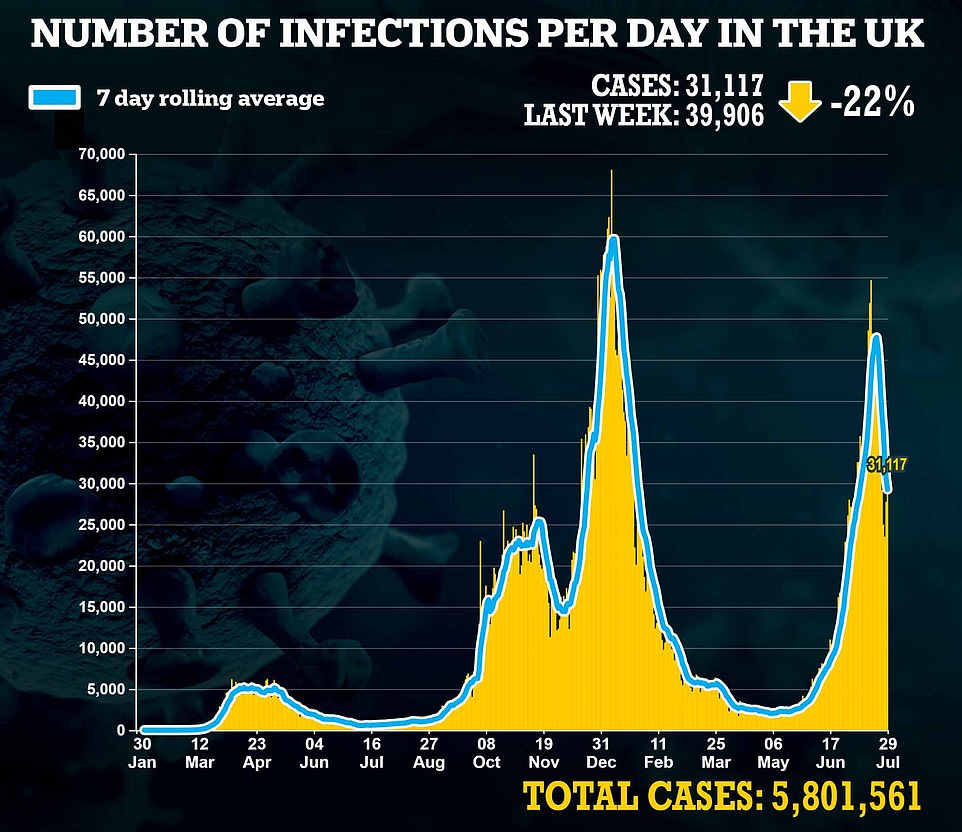 Reported Covid cases have fallen by 22% compared to last Thursday and cases are falling in every English local authority. MailOnline has the story.

The Department of Health posted another 31,117 infections spotted in the last 24 hours, down by more than a fifth (22%) on last Thursday.

But hospitalisations rose by nearly a quarter to 932 admissions a day, and another 71 deaths were recorded which was the same as last week. Experts say hospitalisations may fall in the next seven days, and that they lag behind cases because of the time taken for someone who has caught the virus to fall seriously ill.

Separate Public Health England data today added to the promising picture by suggesting Covid cases were now falling in all of England’s 149 local authorities, and every age group except the over-80s.

Their weekly report showed, however, that fewer tests were being carried out which may be behind the drop in cases. But the positivity rate – the proportion of swabs that detected the virus – also fell, suggesting the trend is genuine and not skewed by a lack of swabbing.

But another report from the Covid symptom-study app today suggested Covid cases are not falling as fast as official figures suggest, and may have just plateaued last week.

King’s College London scientists estimated just over 60,000 people were catching the virus every day in the week to July 24th, the latest date available. This was barely a change from the previous week.

Students Must Wait Until September to Find Out Whether They Need Proof of Vaccination to Go to University, Says Dominic Raab

Is Christopher Snowdon an Anti-Vaxxer?