The Government Has Bought into a Dangerous Myth of “100% Protection” 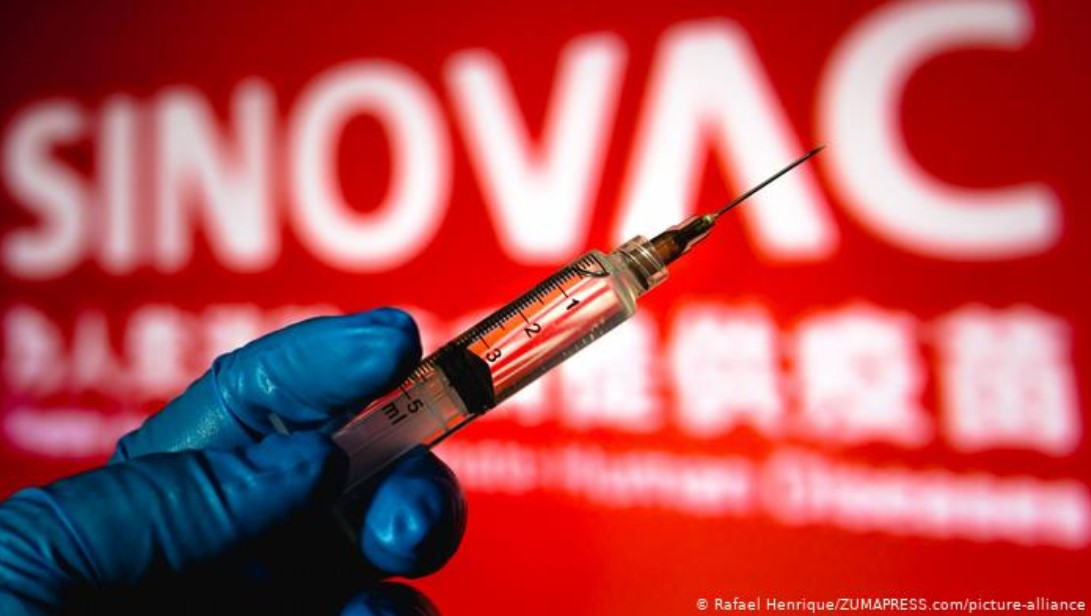 UK scientists are continuing to highlight Chile as a warning of what can happen even with widespread vaccination. The new angle is to draw attention to the poor efficacy of the Chinese vaccines. The Mail has the story.

Professor Ian Jones, a virologist at the University of Reading, told MailOnline the figures from Chile suggest the Chinese vaccines “will not be enough to stop the virus circulating”.

Despite fully vaccinating a quarter of its population and getting a single dose to 40%, Chile has seen its infection rate double since mid-February, rising from 177 daily cases per million to 372. More than 80% of the country has been forced to retreat back into lockdown, which was used by No 10’s scientists as proof the UK is not out of the woods.

However, the South American nation is primarily using the CoronaVac vaccine, made by Chinese pharma giant Sinovac, which a University of Chile study found was only 3% effective after the first dose, rising to 56.5% two weeks after the second. Another study in Brazil found efficacy could be as low as 50%, which just meets the World Health Organization’s threshold for an acceptable vaccine.

For comparison, the Pfizer and Moderna vaccines have efficacy rates of 95% and 94%, respectively, while AstraZeneca’s is about 79%. Trials of tens of thousands of patients given the US and British jabs found they stopped up to 100% of hospitalisations and deaths, compared to CoronaVac’s 84%.

Even China appeared to acknowledge the shortcomings of its vaccines at the weekend, when Gao Fu, the director of the Chinese Center for Disease Control and Prevention, admitted “protection rates of existing vaccines are not high. It’s now under formal consideration whether we should use different vaccines from different technical lines for the immunisation process.”

However, since then the Chinese Government has put out an interview with Fu where he claims his comments were “a complete misunderstanding”. He said: “The protection rates of all vaccines in the world are sometimes high, and sometimes low. How to improve their efficacy is a question that needs to be considered by scientists around the world.”

Chilean Science Minister Andres Couve also came to the defence of the Sinovac vaccine. On Sunday he revealed that the health ministry will shortly publish a real world study on the efficacy of the CoronaVac vaccine, saying it was important to focus on the data and the effectiveness in reducing serious illness. Likewise, Heriberto Garcia, head of Chile’s Public Health Institute, said people should ignore headlines. “The University of Chile study and the study the Health Ministry will release say the same thing: the number of people who fall ill and are hospitalised has decreased,” he told local newspaper La Tercera. “We are going down the right path.”

A number of UK scientists criticised the Chinese vaccines, according to the Mail.

Professor Gabriel Scally, a public health expert at the University of Bristol, told MailOnline the crisis in Chile “was not a great tribute to the Chinese vaccines”.

He added: “They haven’t been approved by any of the major medical regulators and there is very limited research evidence, they certainly don’t appear to have a high level of effectiveness in the real world. And in the absence of data it’s very difficult to know [how effective they really are]. The only benefit of them is the fact they’re cheap.”

On whether countries rolling out Chinese vaccines should fear a resurgence of the virus, he said: “I think they would have a right to be worried.”

But he admitted that a vaccine that’s partially effective is better than none at all.

He told MailOnline: “That 50% mark is the line in the sand that’s drawn by the WHO, which is great. But I think it’s beginning to dawn on people these [Chinese] vaccines aren’t going to solve the problem completely.”

Professor Scally said the UK was “in a different place” because it has highly effective vaccines in its arsenal, adding: “As long as we take it easy [coming out of lockdown] we should be fine.”

However, other scientists see Chile as a warning about the limited effectiveness of vaccines more generally. Chris Whitty told a Downing Street press conference last week: “We want to do things in a steady way because the assumption that just because you vaccinate lots of people, then the problem goes away, I think Chile is quite a good corrective to that.”

From the point of view of the population itself, we’re all dying to get out of lockdown. From the point of view of the epidemic, I think it’s all a little bit more worrying. Chile is a country where the rate of vaccination amongst the population was third highest in the world – they were ahead of us in terms of the number of people who have had the vaccine – and they’re suddenly now into a third wave. They now have 7,600 cases a day and the total number of people in Chile now who have Covid is over a million. So what has happened in Chile is very, very surprising – a high percentage of people have been vaccinated, but here’s a variant of the disease coming through the country.

As Lockdown Sceptics noted last week, Chile is not a good a comparison for the UK, firstly because it appears to be using a less effective vaccine, and partly because it is in the southern hemisphere and so is currently in the middle of autumn. It is the equivalent of mid-October there, so some increase in respiratory disease should be expected as the winter flu season gets underway. The country is also some way behind the UK in terms of Covid deaths per million, which puts the comparison into some perspective.

We also need to keep in mind that the UK currently has one of the lowest Covid infection rates in the world. Are vaccines contributing to this? You’d have to bet on it. The results from the trials and population studies for the Pfizer and AstraZeneca jabs are impressive and they are surely effective at reducing serious and symptomatic Covid (and hence also transmission, as widespread asymptomatic transmission is a myth).

However, that doesn’t mean we can necessarily expect no new Covid surge at some level this autumn and winter. Even with the vaccines there will still be a winter flu season. It may be a mild one, helped by the vaccines, or it may be less mild. In this respect, it’s worth bearing in mind that studies in care homes have found the vaccines have significantly less efficacy among the frail elderly, with a PHE study finding Pfizer down to 62% effective and AstraZeneca only 36% effective after seven weeks. Similarly, a large Danish study found Pfizer only 64% effective among this demographic. With 40% of Covid deaths in England and Wales last spring being care home residents, a lower efficacy in this vulnerable group may have a significant impact on winter Covid mortality. There is also evidence that some of the new variants partially evade the antibodies created by the vaccines.

This is not, of course, an argument to maintain restrictions until we have better vaccines or endless boosters. Far from it. It is an appeal for realism about how low we can reasonably expect the level of risk from COVID-19 to go. We now have vaccines, and they seem to be helping (and let’s hope the rare blood clots are as bad as the side-effects get). Now is the time to return to normal, just as a number of states in America have done without experiencing catastrophic consequences.

It is not the time to think we can create a 100% effective barrier against a seasonal respiratory disease, as the Government appears to be aiming for, with Boris justifying restrictions because “vaccines are not giving 100% protection”, and the BBC promoting the need for continued restrictions because vaccines are not “100% effective”. It is the height of folly to think we can create an impenetrable wall of vaccination and coerce everyone to play their part in building this imaginary edifice. The vaccines, for those who wish to have them, are surely good enough. We must stop living under the shadow of Covid.