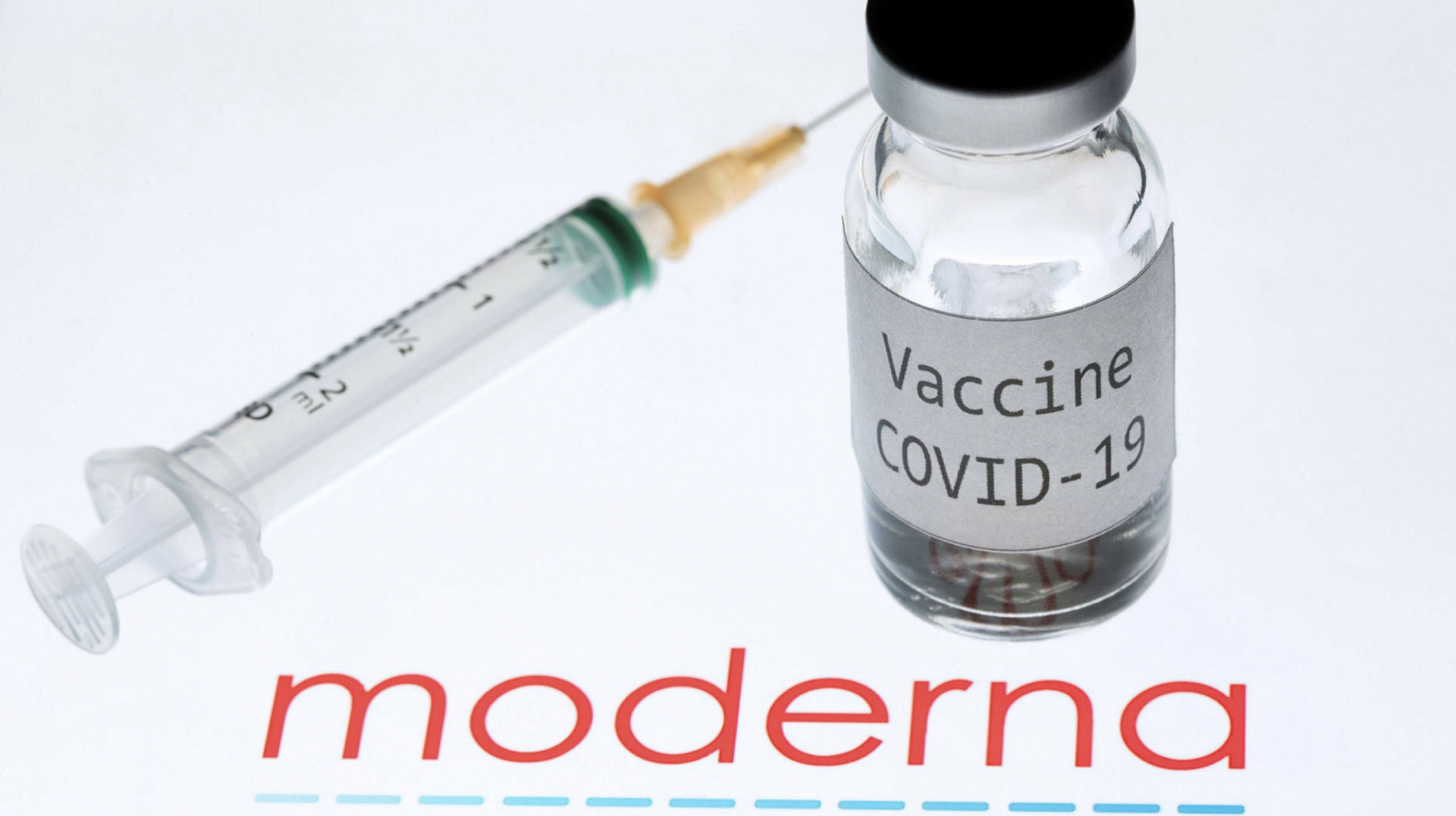 England is to begin giving out doses of the Moderna jab – the third vaccine introduced in its national rollout – as everyone over the age of 50 is offered their first dose of a vaccine. Bookings are also opening online for those aged 45-49 to get vaccinated. Wales was the first British country to begin rolling out the Moderna jab last week and has since reached the milestone of vaccinating half of its population. Seventeen million doses of the vaccine have been bought by the Government, which is enough to vaccinate about 8.5 million people. BBC News has the story.

England is giving out its first doses of the Moderna jab, the third Covid vaccine in the nation’s rollout.

It will be available at 21 sites, including the Madejski Stadium in Reading and the Sheffield Arena. …

More than 32 million people in the UK have now had a first dose of a coronavirus vaccine and nearly 7.7 million have had both doses.

Prof Stephen Powis, Medical Director of NHS England, said having “a third jab in our armoury” marked another “milestone” in the vaccine programme.

He said more sites would offer the Moderna vaccine as further supplies arrive. …

The Moderna vaccine uses a similar innovative RNA technology to the Pfizer jab, but it is stored at lower temperatures of -20C like a normal freezer, compared to -70C for the Pfizer vaccine. It can also be stored for 30 days at normal fridge temperatures. …

More than 30,000 people in the US took part in the trial, from a wide range of age groups and ethnic backgrounds.

The vaccine will be used alongside Pfizer’s Covid jab as an alternative to that produced by AstraZeneca for people below the age of 30 (possibly even those aged 30-39) because of the AZ jab’s link to blood clots.

The NHS said the Moderna and Pfizer jabs would be used for under-30s who were due to receive the AstraZeneca vaccine but whose appointments were rearranged.

Last week, the Joint Committee on Vaccination and Immunisation – which advises the UK Government on vaccines – recommended that under-30s be offered an alternative to the AstraZeneca vaccine, out of the “utmost caution” following reports of blood clots in about four in one million cases.

The NHS said the majority of appointments in April were for second doses, but first dose appointments were still available for people in the initial priority groups who have not yet been immunised – including the over-50s, people who are clinically vulnerable or those working in health or social care.

The vaccine will, however, only be offered as an alternative where possible.

The Government Has Bought into a Dangerous Myth of “100% Protection”