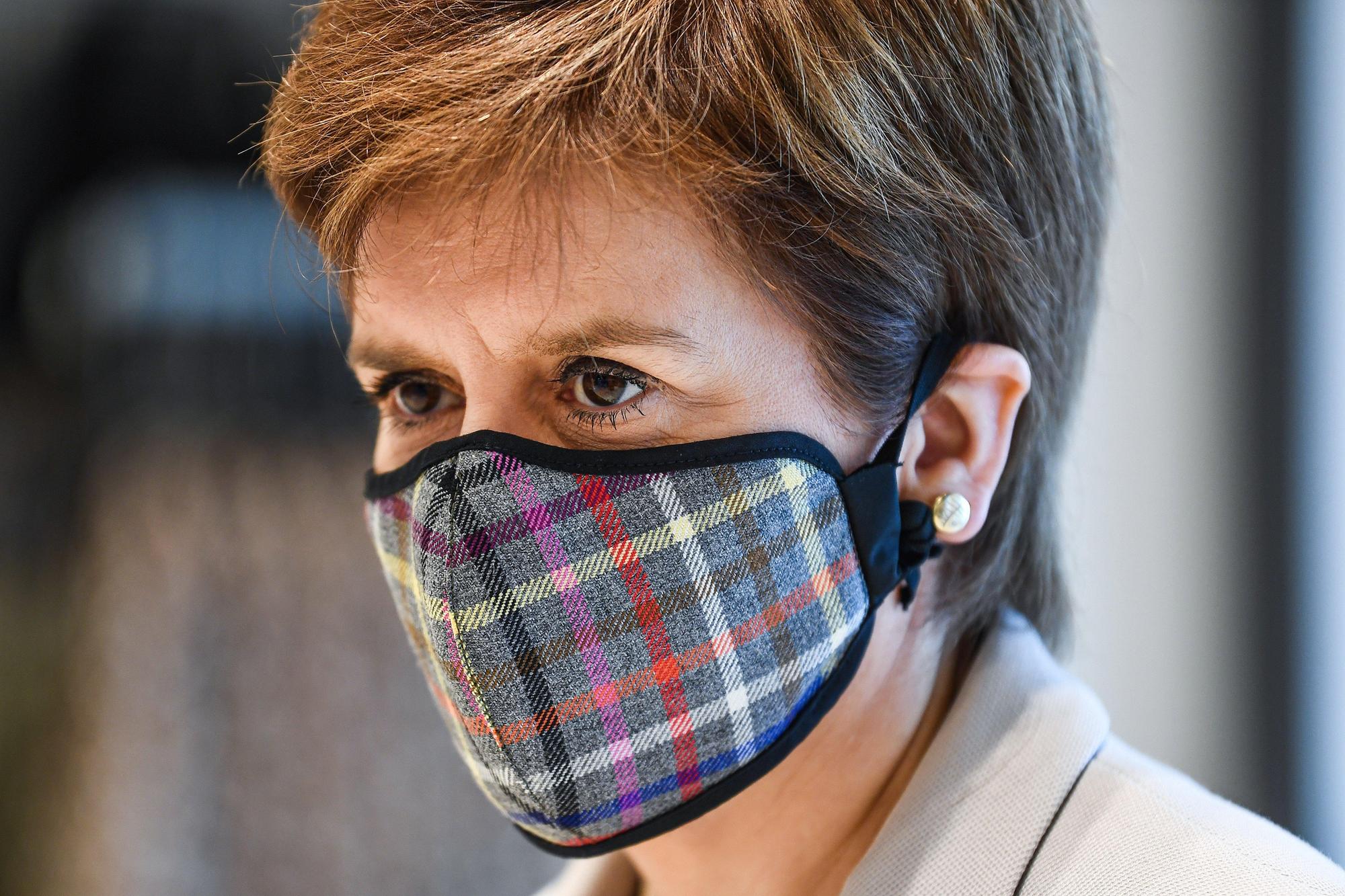 There is “every reason for optimism” in Scotland because of its vaccine rollout, according to Nicola Sturgeon, as the next step of the country’s exit from lockdown has been brought forward. The Mail has the story.

The First Minister said from Friday stay local rules are being dropped in Scotland, and six people from six different households will be allowed to meet outdoors – with under-12s not included in the numbers.

Ms Sturgeon also confirmed that that non-essential shops will be allowed to open from April 26th – and boasted there will also be limited hospitality permitted indoors, three weeks earlier than in England.

The move, announced at a briefing in Edinburgh, could increase pressure on Boris Johnson to accelerate the pace south of the border.

However, the PM insisted earlier that although infections and deaths are tumbling people must still be “cautious” about using new-found freedoms.

The Scottish Tories pointed out that Ms Sturgeon’s previous plan was “slow” and welcomed her recognition it was “safe” to go faster.

Ms Sturgeon said “significant progress” has been made in reducing the number of Covid cases in Scotland.

Figures are now at their lowest since September, and have fallen by 40% in the past two weeks.

“We are now extremely confident that those parts of the country currently in Level 4 will move to Level 3 on April 26th, that’s now less that two weeks away,” she said.

“That means, amongst other things, that on that day shops will fully reopen, pubs, cafes and restaurants will also be able to fully open outdoors on April 26th and will be able to open indoors on that date, but on a restricted basis.”

Despite the success of England’s vaccine rollout, and the fact that Covid cases have all but vanished in many areas across the country, the Government is showing an unwillingness to speed up the exit from lockdown.

Mick Jagger Comes Out as a Lockdown Sceptic