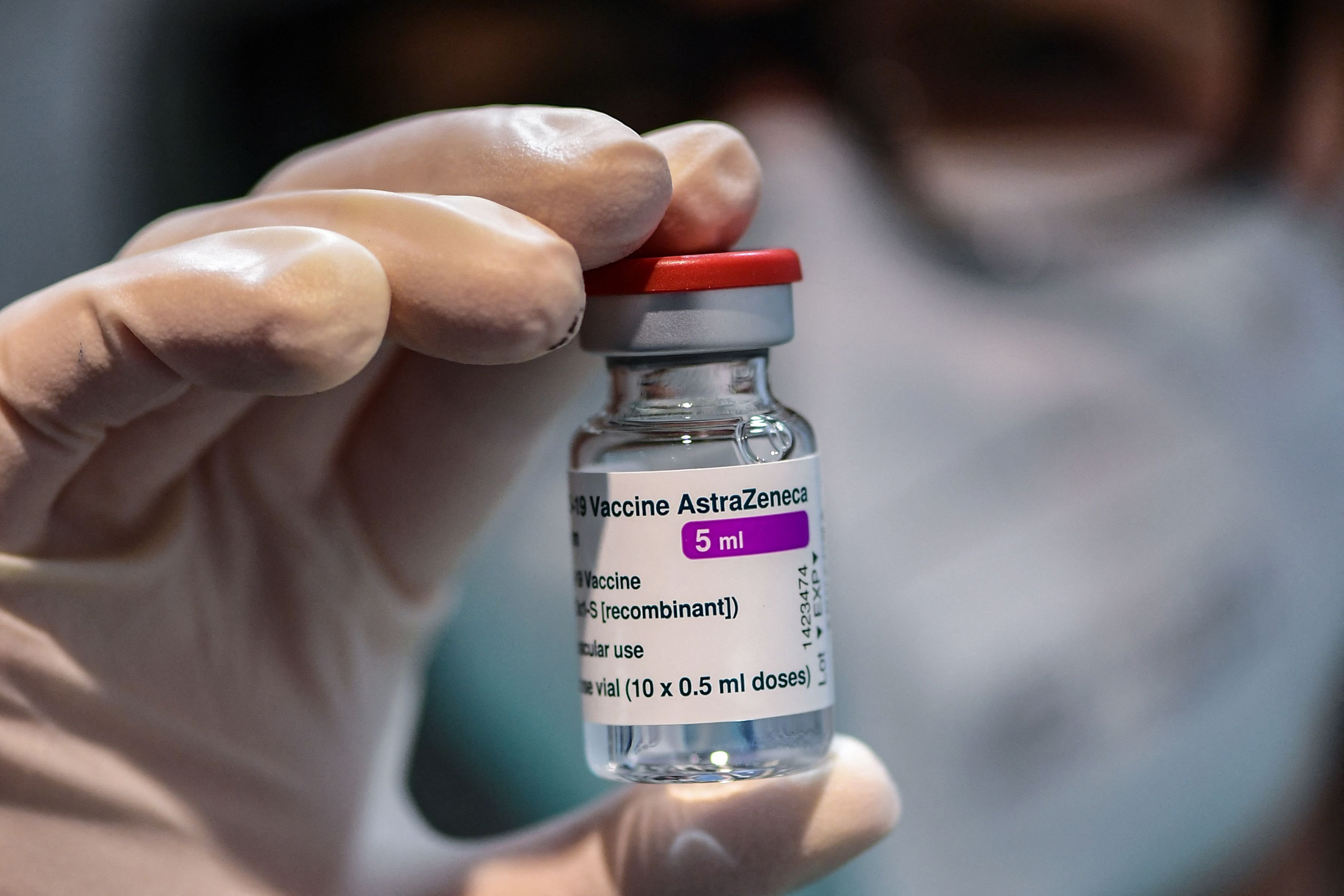 (FILES) In this file photo taken on March 09, 2021 A medical worker holds a vial of the British-Swedish AstraZeneca/Oxford vaccine during a vaccination campaign at the National Museum of Science and Technology Leonardo Da Vinci, which is currently hosting the anti-Covid vaccination campaign with Multimedica in Milan. - Denmark, Norway and Iceland on March 11, 2021 temporarily suspended the use of AstraZeneca's Covid-19 vaccine over concerns about patients developing post-jab blood clots, as the manufacturer and Europe's medicines watchdog insisted the vaccine was safe. Denmark was first to announce its suspension, "following reports of serious cases of blood clots" among people who had received the vaccine, the country's Health Authority said in a statement. (Photo by Miguel MEDINA / AFP) (Photo by MIGUEL MEDINA/AFP via Getty Images)

The Chair of the European Medicines Agency’s vaccine evaluation team has said there is a connection between the AstraZeneca vaccine and rare blood clots, although the exact cause of the adverse reaction remains uncertain. This news comes as Britain’s medicines agency weighs up whether to restrict the AZ jab for younger people. The Independent has the story.

A senior official at the European Medicines Agency (EMA) has said he believes there is a link between the AstraZeneca vaccine and extremely rare cases of blood clots reported in people who recently had the jab.

In an interview with Italy’s Il Messaggero newspaper, Marco Cavaleri, Head of Vaccines Strategy at the EMA, said it was “clear there is a link with the vaccine” but there was still uncertainty about what exactly was causing such a reaction.

Mr Cavaleri said that among younger vaccinated people there was a higher than expected number of cases of cerebral thrombosis – blood clotting in the brain – compared with the general population.

He suggested that the EMA would make a statement on the situation later on Monday. The Independent contacted the EMA for comment.

The EMA has insisted as recently as last week that the “causal link with the vaccine is not proven” and continues to recommend people take the opportunity to get vaccinated when it is offered.

Last month, the agency said it “cannot rule out definitively” a link to a rare clotting disorder but that it is still “safe and effective” to use. In another statement, it said the benefits of the vaccine outweigh any risks.

EMA is of the view that the benefits of the AstraZeneca vaccine in preventing Covid, with its associated risk of hospitalisation and death, outweigh the risks of side effects

South Dakota – the Least Restrictive State in the Western World, Yet Covid Deaths Now Averaging One a Day

Lockdown Fanatics Have Forgotten the Lesson of North Sentinel Island