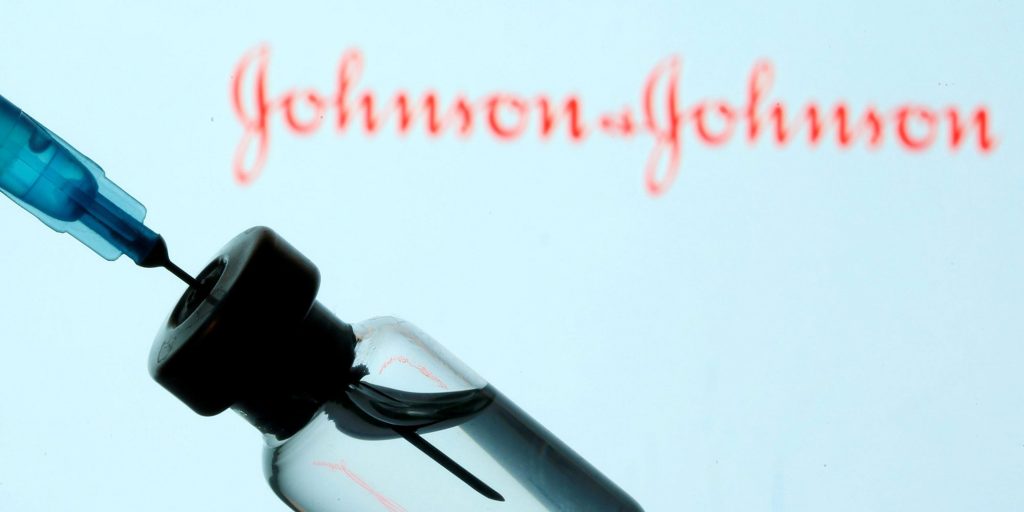 There is a “possible link” between the Johnson & Johnson (J&J) Covid vaccine and blood clots, according to the European Medicines Agency (EMA). The regulator says that a warning should be added to labels for the vaccine. Sky News has the story.

The EMA says it has found a possible link between the J&J Covid vaccine and very rare cases of unusual blood clots.

European regulators say that unusual blood clots with low blood platelets should now be listed as “very rare” side effects of the vaccine.

But they stressed that the “overall benefits of the vaccine in preventing Covid outweigh the risks of side effects”.

The new warning is based on eight “serious” cases in the U.S., one of which resulted in the person dying.

All eight people were under the age of 60 and developed clots within three weeks of vaccination, the EMA said, with the majority of cases being women.

They were “very similar to the cases that occurred with the Covid vaccine developed by AstraZeneca”, it added.

The Guardian has more on the next steps for the J&J vaccine.

J&J advised European governments to store their doses until the E.U. drug regulator issued guidance on their use; widespread use of the shot in Europe has not yet started.

The delay is a further blow to vaccination efforts in the European Union, which have been plagued by supply shortages, logistical problems, and concerns over blood clots from those who have received the AstraZeneca vaccine. 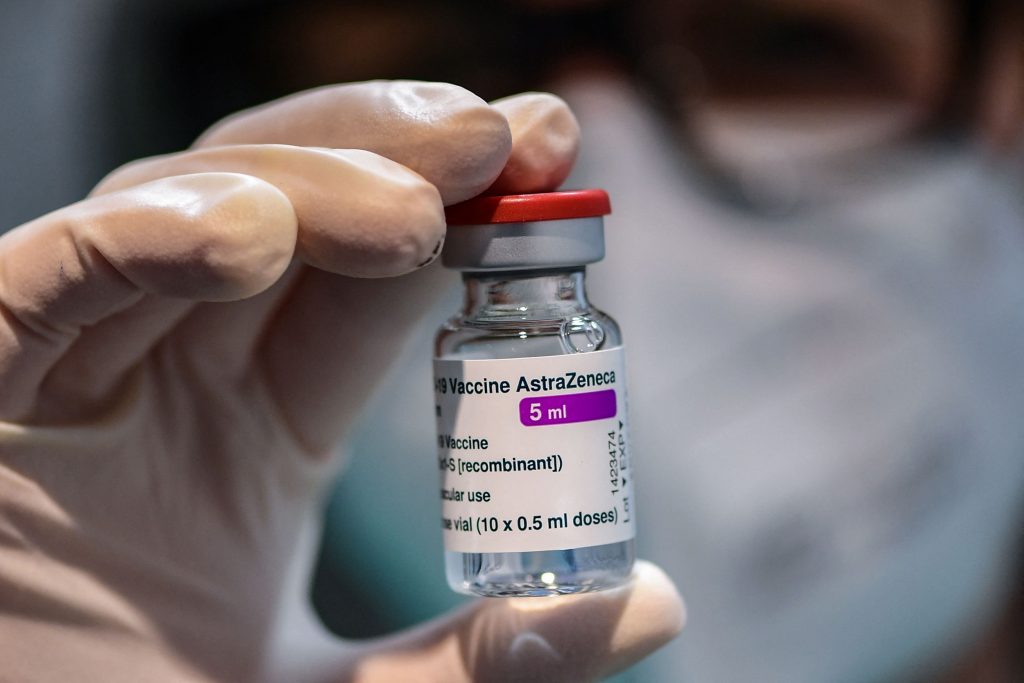 The Chair of the European Medicines Agency’s vaccine evaluation team has said there is a connection between the AstraZeneca vaccine and rare blood clots, although the exact cause of the adverse reaction remains uncertain. This news comes as Britain’s medicines agency weighs up whether to restrict the AZ jab for younger people. The Independent has the story.

A senior official at the European Medicines Agency (EMA) has said he believes there is a link between the AstraZeneca vaccine and extremely rare cases of blood clots reported in people who recently had the jab.

In an interview with Italy’s Il Messaggero newspaper, Marco Cavaleri, Head of Vaccines Strategy at the EMA, said it was “clear there is a link with the vaccine” but there was still uncertainty about what exactly was causing such a reaction.

Mr Cavaleri said that among younger vaccinated people there was a higher than expected number of cases of cerebral thrombosis – blood clotting in the brain – compared with the general population.

He suggested that the EMA would make a statement on the situation later on Monday. The Independent contacted the EMA for comment.

The EMA has insisted as recently as last week that the “causal link with the vaccine is not proven” and continues to recommend people take the opportunity to get vaccinated when it is offered.

Last month, the agency said it “cannot rule out definitively” a link to a rare clotting disorder but that it is still “safe and effective” to use. In another statement, it said the benefits of the vaccine outweigh any risks.

EMA is of the view that the benefits of the AstraZeneca vaccine in preventing Covid, with its associated risk of hospitalisation and death, outweigh the risks of side effects 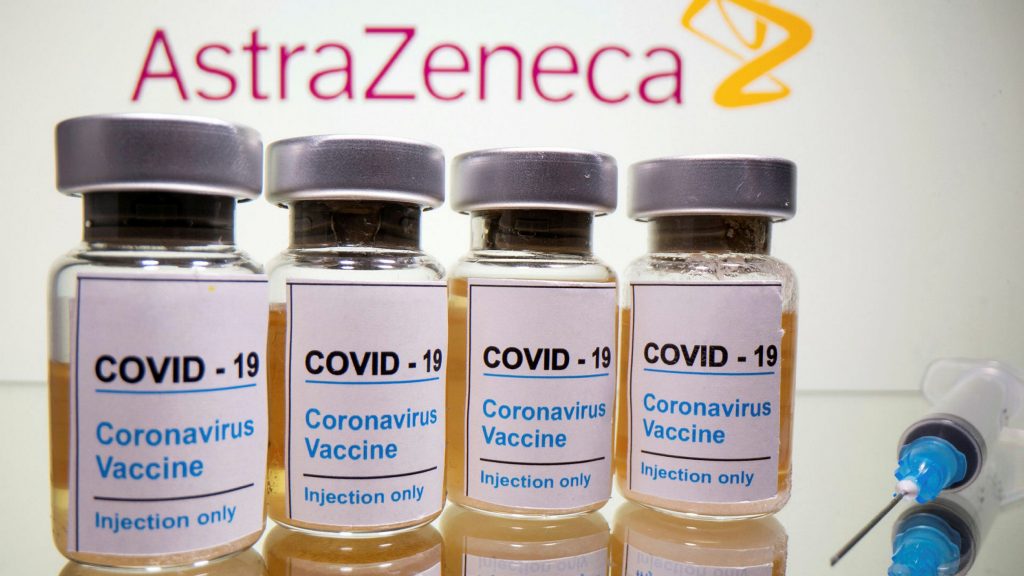 The AstraZeneca Covid vaccine is “safe and effective” to use, according to the European Medicines Agency (EMA). Many European countries suspended use of the vaccine pending a review by the agency into concerns about it causing blood clots. Italy and France said on Tuesday that they would “quickly resume” their countries’ rollouts once the green light was given. Sky News has the story.

The European Union’s medicines agency has said the Oxford-AstraZeneca coronavirus vaccine is “safe and effective” to use following an investigation into reports of blood clots in a small number of recipients.

The decision by the EMA comes after more than a dozen European countries – including Germany, Italy, Spain, the Netherlands, France and Sweden – halted the vaccine’s rollout over fears regarding the claims.

The EMA said the benefits outweigh the risks – and the vaccine is not linked to an overall risk of blood clots.

However, the agency’s safety committee has also said it can’t rule out a “small number of cases” of a rare clotting disorder that have occurred after vaccination. …

The WHO added its weight behind the debate ahead of the EMA’s announcement, urging countries to continue using the jab.

“As of now, we do not know whether some or all of the conditions have been caused by the vaccine or by other coincidental factors,” said Hans Kluge, the WHO’s European director.

“At this point in time, however, the benefits of the AstraZeneca vaccine far outweigh its risks – and its use should continue, to save lives.”

The agency has said that it cannot “rule out definitively” the vaccine’s link to a rare clotting disorder. The Telegraph reports:

The European Medicine’s Agency has said they “cannot rule out definitively” a link to a rare clotting disorder.

The agency will update its guidance to include an explanation about the potential risks on both the patient leaflet and in the information for healthcare professionals, the chief of the EMA said.

But Emer Cooke said in a briefing the “clear” conclusion of the review was that the vaccine “benefits in protecting people from Covid with the associated risk of death or hospitalisation outweighs the possible risks.”

The UK’s Medicines and Healthcare products Regulatory Agency has also today stressed the safety of the AstraZeneca Covid vaccine, pointing to the fact that just five cases of a rare blood clot on the brain have occurred among the 11 million people in the UK who have taken it. 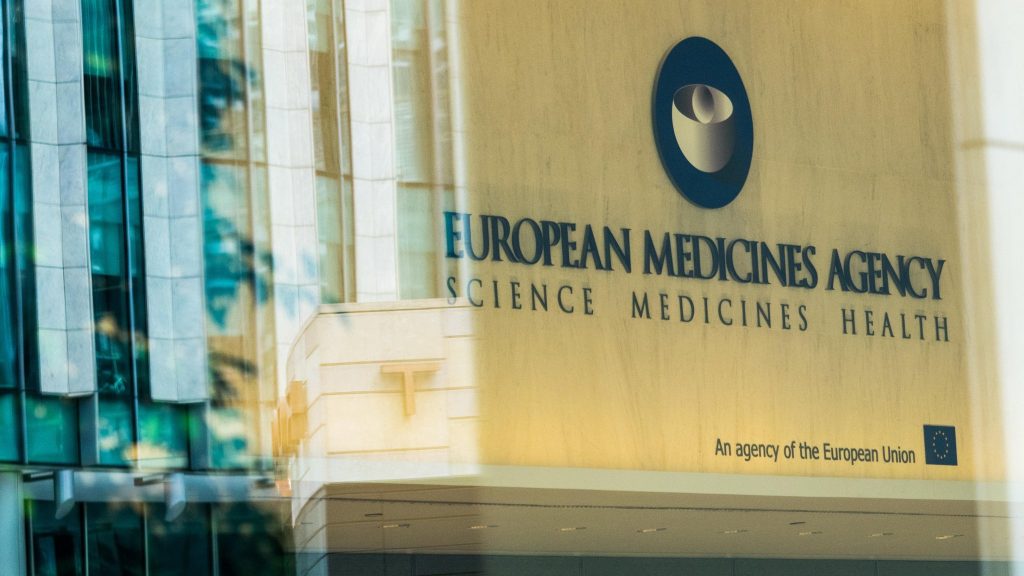 The EU’s medicines agency has responded to concerns over the Oxford-AstraZeneca Covid vaccine, saying there is “no indication” that the vaccine is the cause of reported blood clots. Sky News has the story.

The European Union’s medicines agency has said there is “no indication” that AstraZeneca’s coronavirus vaccine is the cause of reported blood clots.

The European Medicines Agency (EMA) has been carrying out a case-by-case evaluation of incidents and was expected to complete a review on Thursday, said Executive Director Emer Cooke.

The regulator said it was “firmly convinced” the vaccine’s benefits outweighed the risk of side effects.

The WHO has urged countries to continue using the jab as global medical experts meet to discuss reports of blood clots.

UK leaders and medical professionals have joined in their defence of the Oxford-AstraZeneca vaccine after some European countries – including Germany, Italy, Spain, the Netherlands, France and Sweden – paused its use due to concerns over possible adverse side effects. …

Now, France has said it expects inoculations there to resume after the agency meets and issues its recommendations. …

The EMA has said “many thousands of people” develop blood clots every year in the EU and “the number of thromboembolic events overall in vaccinated people seems not to be higher than that seen in the general population”. …

Dr Soumya Swaminathan, WHO’s Chief Scientist, [also] told a media briefing “we do not want people to panic”, as she said no association has been found so far between blood clots and Covid vaccines.