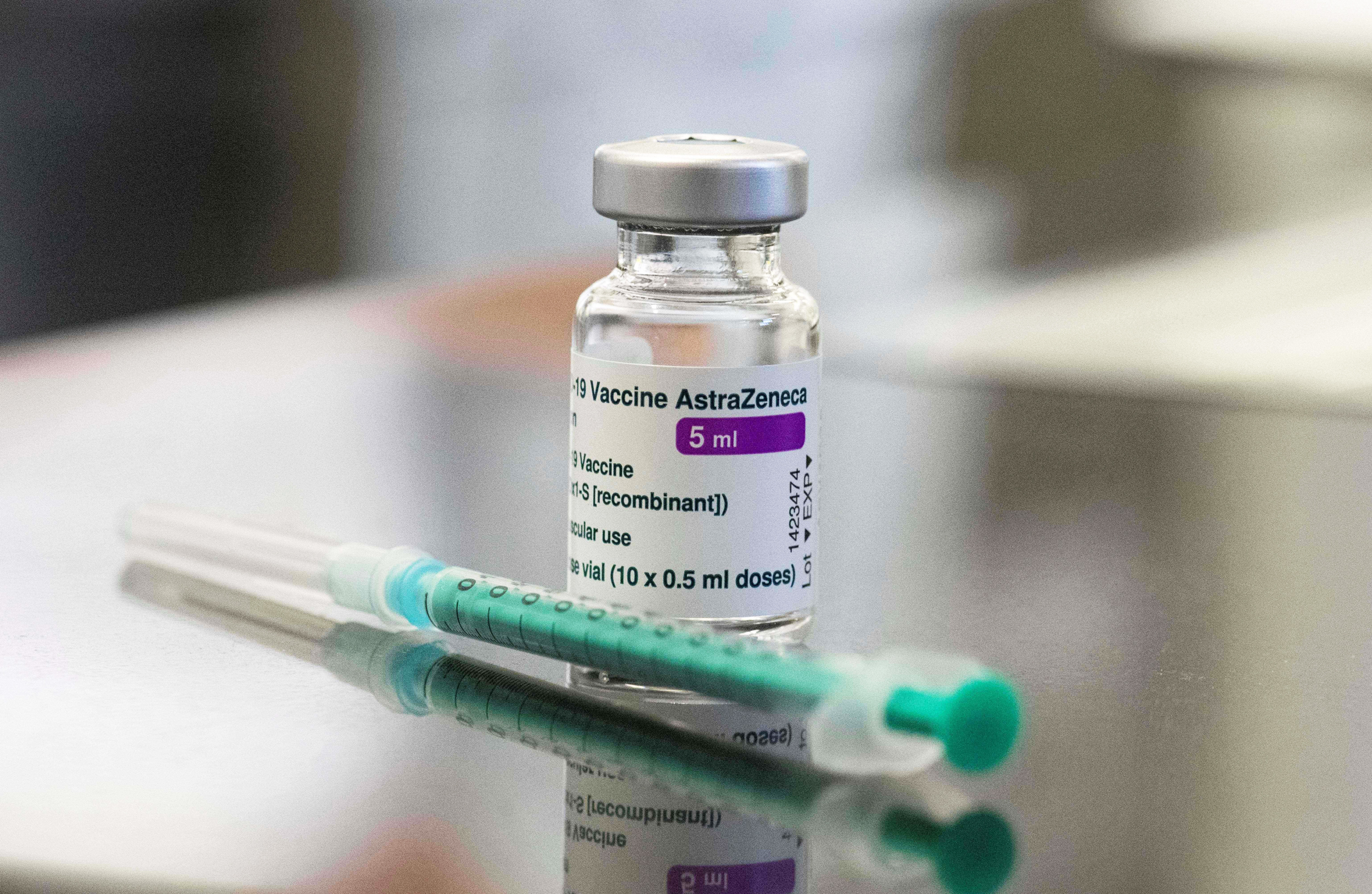 (FILES) A file photo taken on February 12, 2021 shows a vial containing the Covid-19 vaccine by AstraZeneca and a syringe displayed on a table in the pharmacy of the vaccination center at the Robert Bosch hospital in Stuttgart, southern Germany. - The World Health Organization gave emergency use approval to AstraZeneca's Covid-19 vaccines on February 15, 2021, allowing distribution to some of the world's poorest countries to begin. "The WHO today listed two versions of the AstraZeneca-Oxford Covid-19 vaccine for emergency use, giving the green light for these vaccines to be rolled out globally through Covax," a WHO statement said, referring to the programme aimed at equitable distribution of inoculations. (Photo by THOMAS KIENZLE / AFP) (Photo by THOMAS KIENZLE/AFP via Getty Images)

The Prime Minister received his first dose of the AstraZeneca Covid vaccine last month and said that all Brits should get theirs when told to do so. But now, the UK’s medicines regulator is being urged to restrict the AZ jab for younger people because of fears over blood clotting.

At the end of March, Canada’s National Advisory Committee on Immunization (NACI) said that the risk of blood clots is greatest for women aged under 55. In response, both Canada and Germany limited their AstraZeneca vaccine rollouts to those over 55 and 60, respectively. Channel 4 News has revealed that Britain’s Medicines and Healthcare products Regulatory Agency (MHRA) is also considering issuing similar advice. Reuters has the story.

Britain’s health regulator is considering a proposal to restrict the use of the AstraZeneca vaccine in younger people over concerns about very rare blood clots, Channel 4 News [has] reported…

“Two senior sources have told this programme that while the data is still unclear there are growing arguments to justify offering younger people – below the age of 30 at the very least – a different vaccine,” the broadcaster reported.

The UK’s regulator, the MHRA, has previously said the benefits of the vaccine in the prevention of Covid far outweigh any possible risk of blood clots.

The MHRA did not immediately respond to a comment on the Channel 4 report.

After receiving his first dose, Boris Johnson said: “The Oxford jab is safe… The thing that isn’t safe is catching Covid, which is why it is so important that we all get our jabs as soon as our turn comes.” Channel 4 News reports that authorities are now investigating whether the AstraZeneca vaccine might actually pose a greater risk for younger people – particularly young women – than Covid itself.

Last month, the European Medicines Agency said the AZ Covid vaccine is “safe and effective” to use, but highlighted that it “cannot rule out definitively” a link to a rare clotting disorder.

Imperial: “It Will Be Vital to Emphasise the Importance of Normalising and Ensuring Adherence to All Measures Even After ‘Full Lifting’ is Achieved”