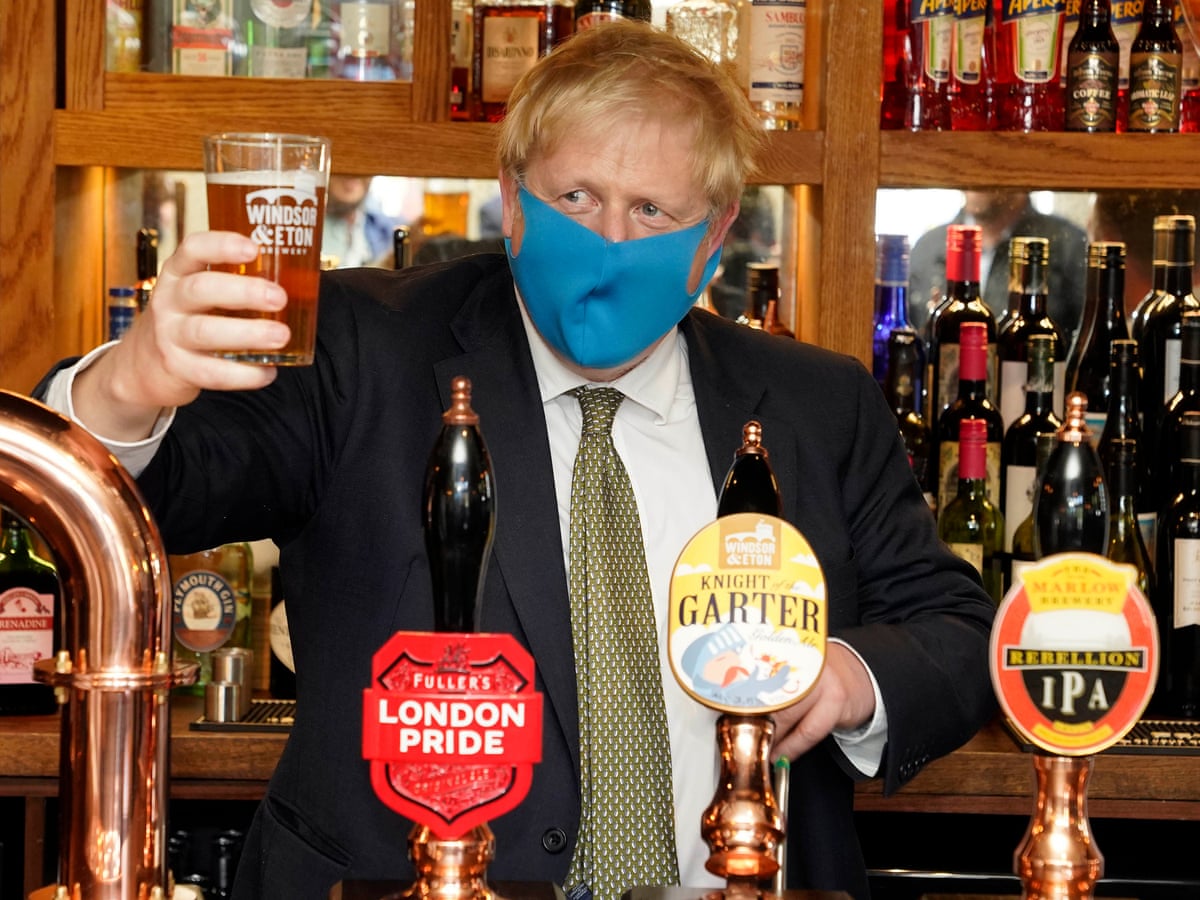 The Prime Minister has signalled that he would not prevent pubs from demanding that drinkers prove they have had a Covid vaccine before entering. Such ideas have previously been dismissed by Government officials as “discriminatory”. The Times has the story.

Pub landlords will be able to bar entry to people who have not been vaccinated, Boris Johnson has suggested.

The Prime Minister said that it “may be up to the landlord” to decide whether to require proof of vaccination or a negative test from customers, in a significant change of heart after ruling out the idea last month. …

A month ago Johnson said that while the Government would look at vaccine passports for international travel, “what I don’t think we will have in this country is – as it were – vaccination passports to allow you to go to, say, the pub or something like that”.

Michael Gove, the Cabinet Office minister, is now leading a review into the idea. He is due to report by June.

The idea is being opposed by many Tory backbenchers and pressed on whether it went against his liberal instincts, Johnson said that he had been “thinking very, very deeply” about the issue.

“The public have been thinking very deeply about it and my impression is that there is a huge wisdom in the public’s feeling about this and people, human beings, instinctively recognise when something is dangerous, nasty to them, and they can see that Covid is collectively a threat, and they want us as their Government, and me as the Prime Minister, to take all the actions I can to protect them.”

It is likely that vaccination will become mandatory for care home staff, along with other healthcare workers. This, alongside the prospect of Covid “certificates“, and the latest suggestion regarding pubs, begs the question: to what extent can the Covid vaccine really be called voluntary? Steve Baker, the Deputy Chairman of the Covid Recovery Group, has said that such requirements would create a “two-tier Britain”.

The Prime Minister began to tread a dangerous path when he opened the door to domestic Covid certificates. First they said we’ll need them to watch the football, and today that it may be papers for the pub.

Whether the state legislates for it, recommends it or simply allows it, the result will be the same – a two-tier Britain that prevents pregnant women from taking part in society, given that the Government is telling them not to take the vaccine, or one where we turn back the clock and tolerate businesses turning away customers from communities which have shown an unfortunate hesitancy to take up the offer of a vaccine. We must not fall into this ghastly trap.

Stop Press: Toby says a bloke on his street in Acton has already offered to sell him a vaccine passport. It seems a racing certainty that the attitude of the British public – which Boris seems to set so much store by – will be to enthusiastically endorse ‘Passports for Pubs’, then cheat en masse. The man on the Clapham omnibus is a strange hybrid of Captain Mainwaring and Private Walker.

Submit Your Views to Government’s Review on ‘Covid-Status Certification’