“The Government Does Not Plan to Close Borders or Stop Mass Gatherings During Any Pandemic” – Why Did Britain Throw Away its Pandemic Plan? 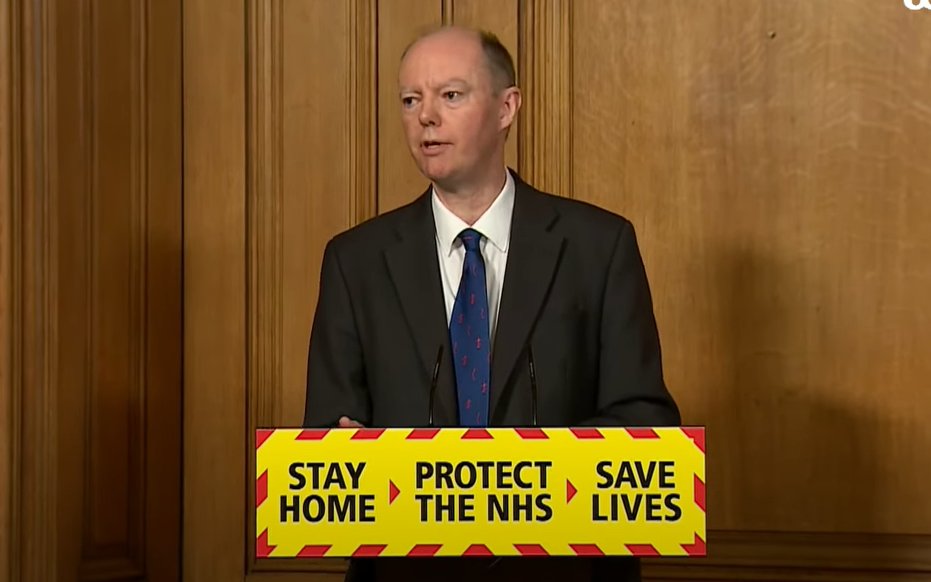 Of the many myths that have taken hold during the pandemic, perhaps none is more central than that the Government was caught out by Covid with no idea about how it ought to respond. Thus the extreme and unprecedented response of lockdown appears to many to be justified by this notion that ministers had little choice but to ‘play it safe’, and the subsequent experiments in social restrictions as we awaited and delivered a rushed vaccine and beyond are imagined as a heroic voyage into the unknown of how a government ought to respond to an ‘unprecedented’ disease.

In fact, though, the Government had a plan for what it should do, the U.K. Influenza Pandemic Preparedness Strategy 2011, and COVID-19 was well within the bounds of what the plan anticipated. As Dr. Noah Carl has noted, this was the plan the Government was following until mid-March 2020, with SAGE re-affirming at a meeting on February 4th 2020 that officials “should continue to plan using current influenza pandemic assumptions”.

While the strategy was focused on influenza, it expressly anticipated the possibility of a new SARS virus:

A pandemic is most likely to be caused by a new subtype of the Influenza A virus but the plans could be adapted and deployed for scenarios such as an outbreak of another infectious disease, e.g. Severe Acute Respiratory Syndrome (SARS) in health care settings, with an altogether different pattern of infectivity.

The Covid death toll has also been well within what was anticipated, the 193,000 deaths over more than two years being below what the plan suggested should be anticipated as a minimum within four months:

When planning for excess deaths, local planners should prepare to extend capacity on a precautionary but reasonably practicable basis, and aim to cope with up to 210,000 – 315,000 additional deaths across the U.K. over a 15 week period (or a higher level where possible).

Even Neil Ferguson’s infamous prediction of 500,000 deaths is not a long way above this level, and that was always an absurdly high number to anticipate for Covid, as many pointed out at the time.

The pandemic plan could not be clearer that no attempt should be made to prevent the virus spreading. In a way this was the fundamental error from which all else flowed. Why was the Government even listening to advisers modelling the impact of restrictions on spread when its plan was clear that it should not attempt to ‘control’ the virus in this way? In no fewer than three places the plan states that it will not be possible to prevent the virus spreading and no attempt should be made to do so, as this would be a huge waste of resources.

It will not be possible to halt the spread of a new pandemic influenza virus, and it would be a waste of public health resources and capacity to attempt to do so.

It almost certainly will not be possible to contain or eradicate a new virus in its country of origin or on arrival in the U.K. The expectation must be that the virus will inevitably spread and that any local measures taken to disrupt or reduce the spread are likely to have very limited or partial success at a national level and cannot be relied on as a way to ‘buy time’.

It will not be possible to stop the spread of, or to eradicate, the pandemic influenza virus, either in the country of origin or in the U.K., as it will spread too rapidly and too widely.

Instead, the strategy states, the aim should be to minimise the impact on wider society, by ensuring the sick can be treated and not closing down society. Normality should be maintained as far as possible and restored as quickly as possible.

Minimise the potential health impact of a future influenza pandemic by… Ensuring the health and social care systems are ready to provide treatment and support for the large numbers likely to suffer from influenza or its complications whilst maintaining other essential care.

Minimise the potential impact of a pandemic on society and the economy by… Promoting a return to normality and the restoration of disrupted services at the earliest opportunity.

Whole of society response: Business as usual. During a pandemic, the Government will encourage those who are well to carry on with their normal daily lives for as long and as far as that is possible, whilst taking basic precautions to protect themselves from infection and lessen the risk of spreading influenza to others. The U.K. Government does not plan to close borders, stop mass gatherings or impose controls on public transport during any pandemic.

Given this was the pre-prepared strategy, based on sound science and wide experience, it should be the standard against which Government policy during the pandemic is assessed, as in, for example, the independent public inquiry. Anything else is to let ministers off the hook, and to buy into the lie that Covid was something that we were not and could not have been prepared for. In fact, we had planned for exactly the kind of outbreak that occurred, so ministers had no excuse at all for winging it, copying China, or thinking we should try out something radically authoritarian. The legacy of 2020 must not be the dawn of a new era of extreme, ineffective and destructive public health policy, but a clear-eyed resolve that it will never happen again.

Covid in Australia – a Doctor’s Perspective