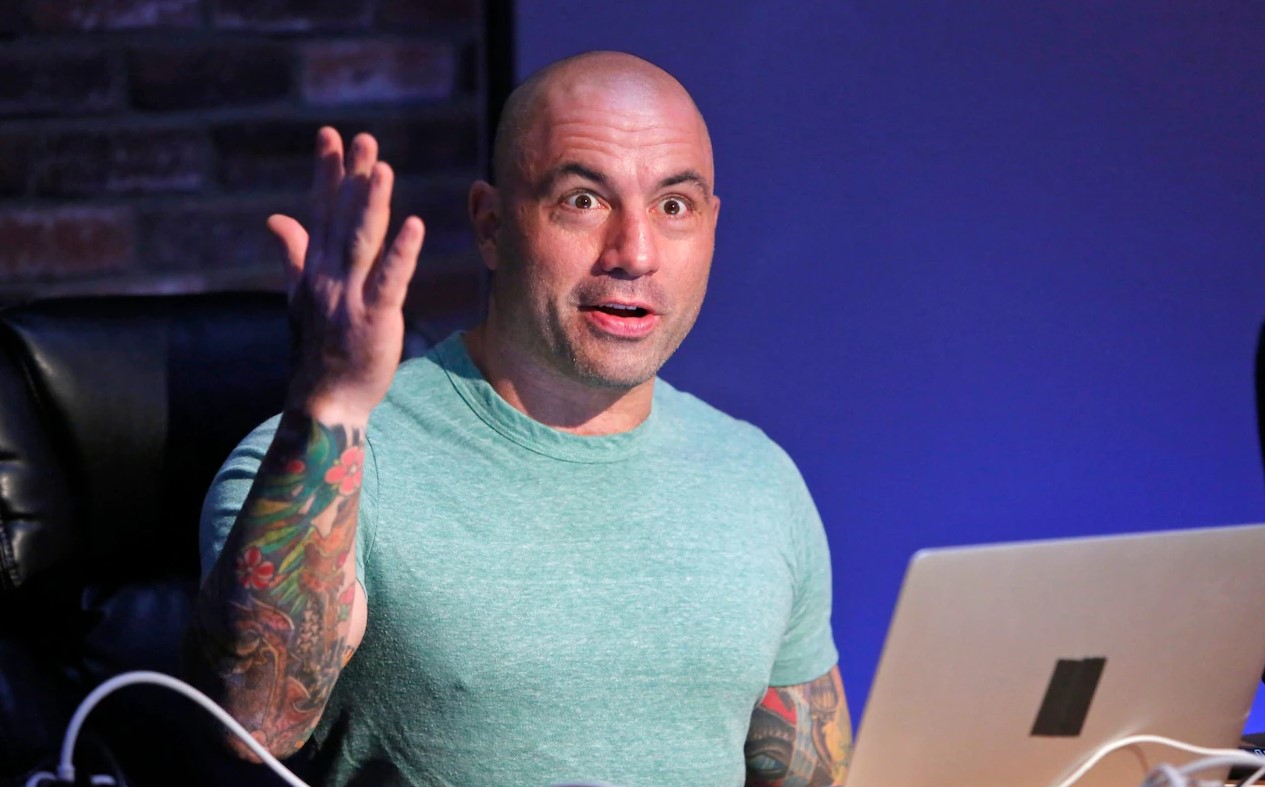 Despite the very limited extent of the wrinklies’ boycott of Spotify over podcaster Joe Rogan’s alleged vaccine ‘misinformation’, Rogan has apologised for “pissing off” Spotify and said he will “balance out these more controversial viewpoints”. It comes after the streaming service imposed new warnings and rules on content covering the pandemic. The Telegraph has more – though reader be warned this article itself (by unnamed ‘foreign staff’) is somewhat misleading (my comments added in line).

Popular U.S. podcaster Joe Rogan has apologised amid a backlash against COVID-19 misinformation [erm, this should be alleged misinformation – Spotify has said Rogan’s content does not breach its new rules] in his programme, as hosting platform Spotify said it would add a “content advisory” to any episode with discussion of the coronavirus.

Rogan, a prominent vaccine sceptic, has stirred controversy with his views on the pandemic and on vaccines and government mandates to control the spread of the virus aired on his top-rated podcast, the Joe Rogan Experience.

In a 10-minute Instagram video post on Sunday evening, he apologised to Spotify for the backlash but defended inviting contentious guests.

“If I pissed you off, I’m sorry,” Rogan said. “I will do my best to try to balance out these more controversial viewpoints with other people’s perspectives so we can maybe find a better point of view.”

Singer-songwriters Neil Young and Joni Mitchell announced last week that they were removing their music from Spotify in protest at coronavirus misinformation broadcast on the platform.

Prince Harry and his wife Meghan, the Duchess of Sussex, have also expressed their concern to Spotify about COVID-19 misinformation but will continue to work with the company, a spokesperson for their Archewell foundation said on Sunday.

Some 270 scientists and medical professionals have also written to Spotify urging the company to prevent Rogan from spreading falsehoods [Actually, of the 270 signatories of the letter referred to, many were not scientists or medics].

Rogan signed a £75m deal with Spotify in 2020 and has an estimated 11 million listeners per episode is, by that measurement, far more popular than any news anchor in the country. [Did a word get left out of that sentence?]

The musclebound UFC commentator says he is not an anti-vaxxer, but he has used his platform to push, and host guests who push, a multitude of baseless ‘theories’ about the pandemic. [This is a smear]

These include the assertion that young and healthy people do not need the vaccine [This is a view shared to varying degrees by, for example, the JCVI and the Swedish health authorities], the idea that “mass formation psychosis” is responsible for people believing in the efficacy of vaccines [The fact that people believe vaccines stop infection and transmission despite overwhelming evidence to the contrary needs some psychological explanation] and that hospitals are financially incentivised to falsely diagnose COVID-19 deaths [That hospitals receive more money for Covid patients was a claim made by Elon Musk on Rogan’s show based on a claim made by U.S. Senator Scott Jensen; it was fact-checked by mainstream outlets and confirmed to be true].

At the time of writing, the top-rated comment by Jonny Chinchen puts it well:

1) This feels copied and pasted from another news agency.

2) Rogan himself has spread no “misinformation”. If he has, you need to quote it and prove it is misinformation.

3) You are printing misinformation yourselves. The 270 signatories of the petition against Rogan are not all “scientists and medical professionals”. I just looked at the list of signees myself and some were listed as bloggers and podcasters, journalists or students.

4) Re: above – this article is lazy and misinformative journalism. Your standards as a legacy news provider are slipping, this would be shocking if it weren’t already a trend at the DT.

Worth reading in full (well, kind of).

Why, As a Doctor, I Have Declined Vaccination Against COVID-19