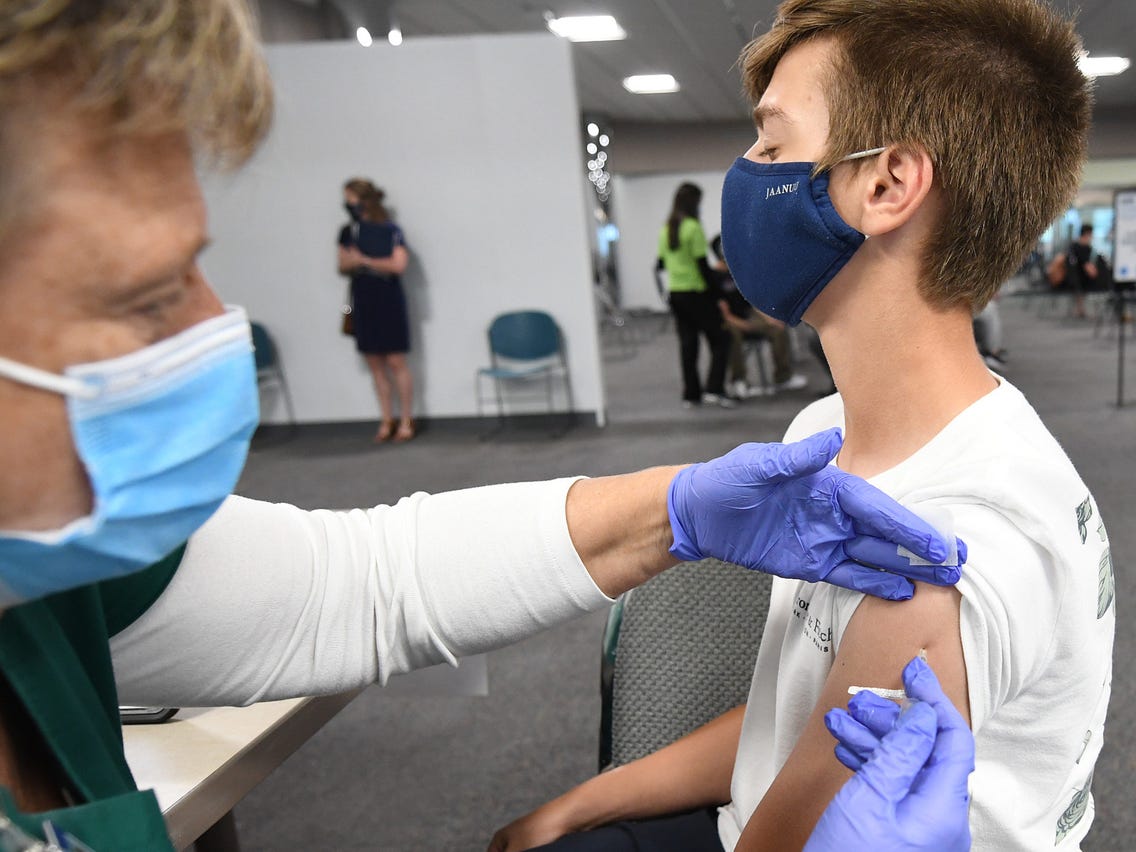 The NHS has announced that around two thirds of people aged 18-29 in England have now had one vaccine dose. The Telegraph reports.

A third of young adults in England have still not had a first dose of a COVID-19 vaccine, new figures show.

Around 66.4% of people aged between 18 to 29 had received a first dose as of July 18th, according to estimates from NHS England.

This means 33.6% are likely to be unvaccinated – the equivalent of around 2.9 million adults under 30.

The data shows that vaccine uptake continues to be lower among men than women, with only 65% of men aged 25 to 29 having had a first dose, compared with 71.9% of women in the same age group.

Yet the update from Public Health England, out today, with data up to July 18th, reports the same figure as 59%. It also shows the trend flattening, suggesting it’s unlikely to hit 66% very soon.

What’s going on? This is a difference of around 600,000 people. Don’t they know how many they have vaccinated? How can they disagree by over half a million people?

Stop Press: A reader has got in touch with an explanation.

The PHE figure would appear to be sound – see here.

The problem is that when the NHS report 66.4% vaccinated this is a deception. For the general population statistic, they arrive at this number by taking total vaccinations and dividing by the population in mid 2019. Of course, many who have had vaccinations have (either due to, or for other reasons) sadly died. (I notice that they’ve just updated this to the mid 2020 population, but it’s still not accurate.)

Meanwhile, the PHE statistic is based on vaccinations given to those in an age group with an NHS number. It’s a reasonable guess that those without an NHS number are less likely to go for an NHS vaccine.

Last time I wrote, I predicted that the error was at least 1.5% and growing.

The statistic you quote suggests the error to be more than 6%.

Applied to the country as a whole, this would mean that only 81.7% of the population has been vaccinated.

The statistic the NHS use is simply not a percentage. It is a deceptive misuse of statistics which is mathematically wrong.

The statistic is so badly wrong, that it is possible that in the future it will be possible to have more than 100% of the population vaccinated.

I believe for this reason that once they start vaccinating children they may switch the statistic.

At the moment, if you are to use the total vaccinations given then you must divide this by the total population in 2021.

This is not as impressive a figure, but it sits in the 60%-80% target we were all told about for herd immunity, and given the additional natural immunity, it’s fair to say that the whole lockdown/rules and nonsense can now come to an end.

We all know, though, that they won’t.