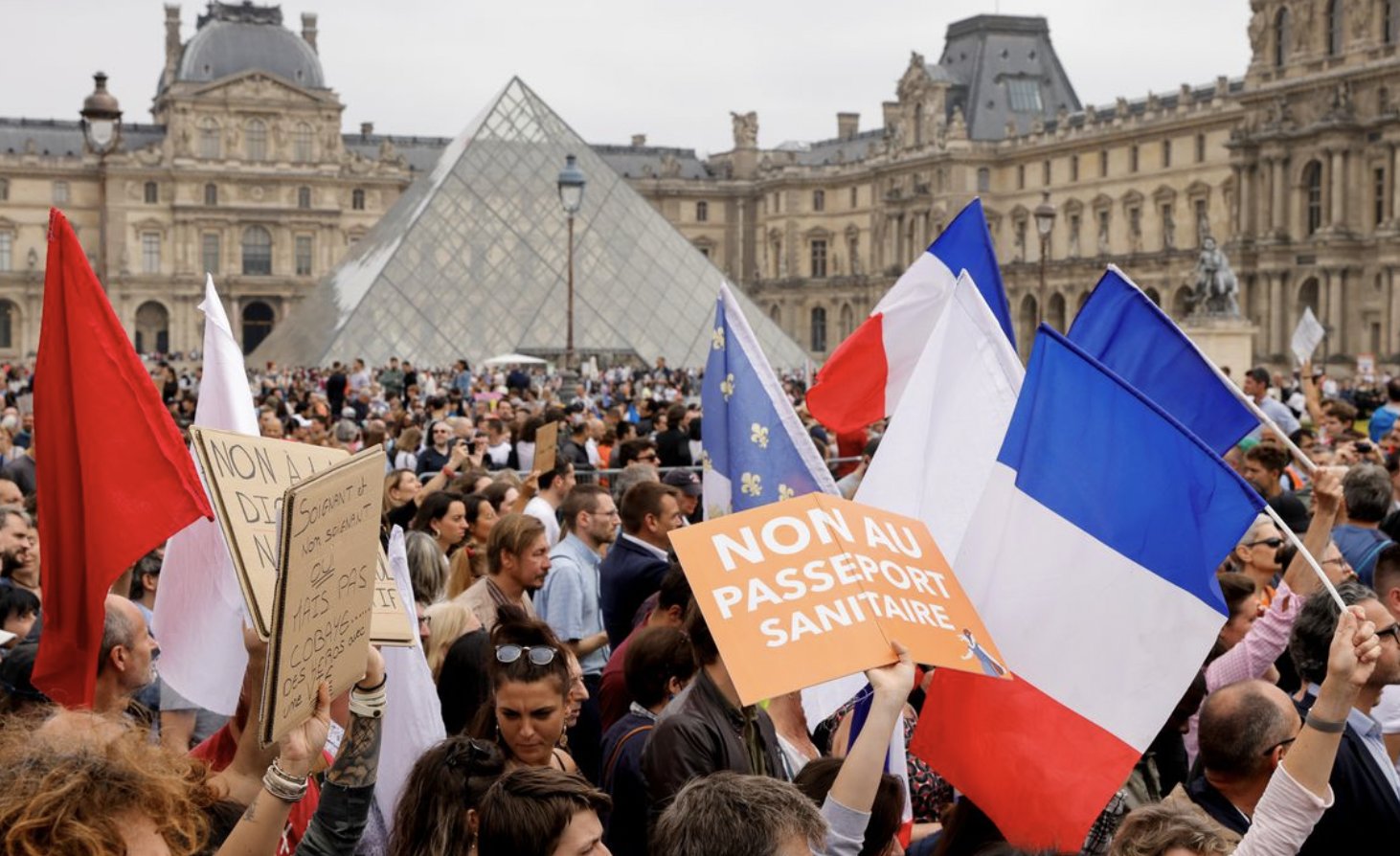 Thousands have taken to the streets in France to protest against President Emmanuel Macron’s extreme plans to force all health workers to get vaccinated against Covid and to prevent the unvaccinated from visiting restaurants, shopping malls and hospitals, and from using trains and planes. Unmoved by these demonstrations, French Prime Minister Jean Castex says people should be “convinced” to take the vaccine “at all costs”. Reuters has the story.

Macron this week announced sweeping measures to fight a rapid surge in coronavirus infections, which protesters say infringe the freedom of choice of those who do not want the vaccination.

The measures had already prompted demonstrations earlier this week, forcing police to use tear gas to disperse protesters.

“Everyone is sovereign in his own body. In no way does a president of the Republic have the right to decide on my individual health,” said one protester in Paris who identified herself as Chrystelle.

Marches, which also took place in France’s largest cities such as Marseille, Lyon and Lille as well as many smaller centres, also included “yellow vest” protesters seeking to revive the anti-Government movement curbed by coronavirus lockdowns.

Visiting a centre in Anglet in southwestern France, Prime Minister Jean Castex said vaccination, which is not mandatory for the general public for now, is the only way to fight the virus.

“I hear the reluctance that arises but I think that we must at all costs convince all our fellow citizens to be vaccinated, it is the best way to cope to this health crisis,” Castex said.

Despite the strength of the protests, an Ipsos-Sopra Steria poll released on Friday found more than 60% of French people agree with mandatory vaccination for health workers, as well as a requirement for a health pass in some public places.

Is it ‘Freedom Day’ Already?