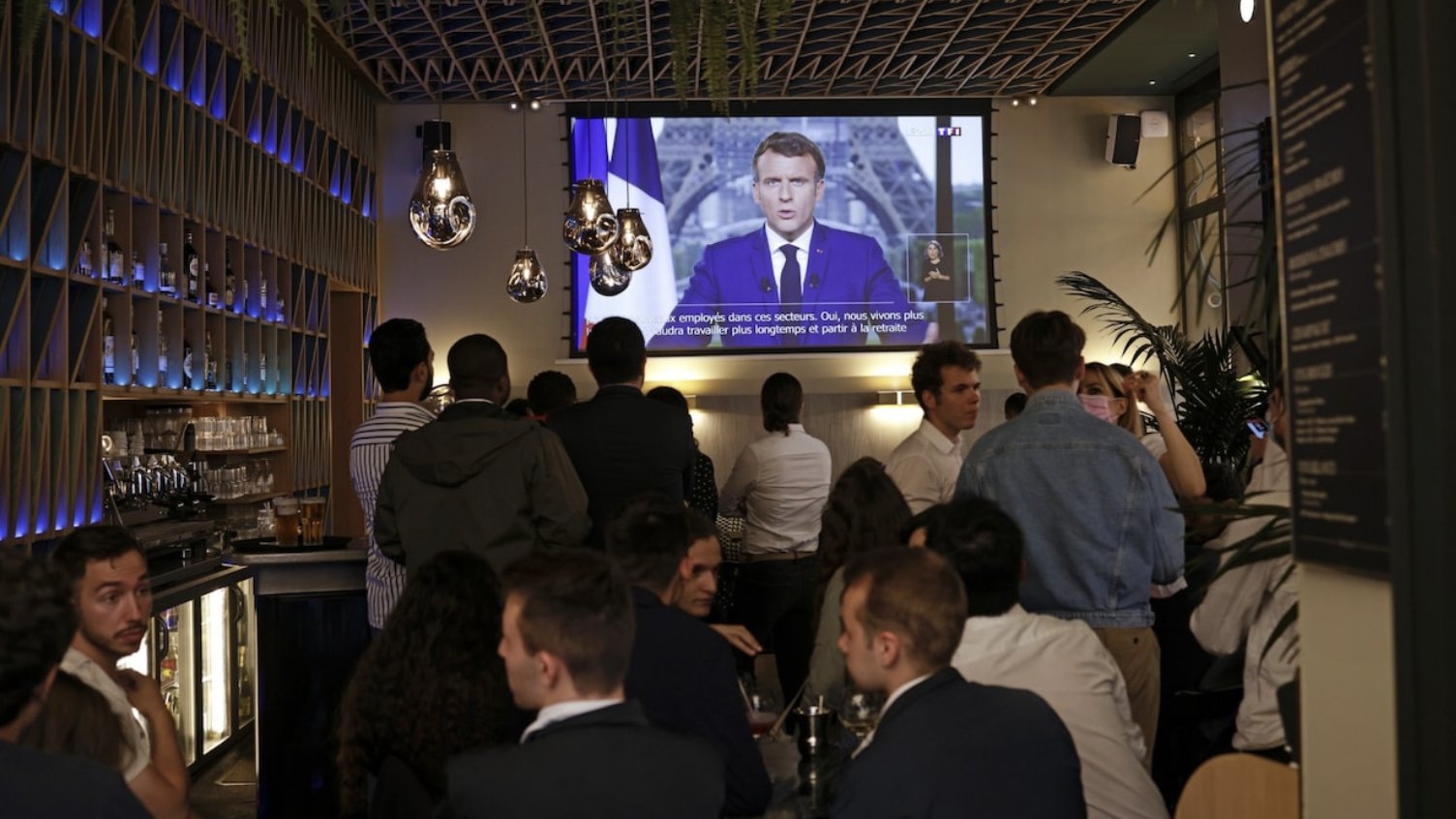 Emmanuel Macron has announced that all French health workers face mandatory Covid vaccination and that vaccine passports will be required in restaurants, shopping malls and hospitals, and on trains and planes, effectively cutting off unvaccinated French people from their daily lives. Cancelling all large events which were set to take place in the coming month, the President also warned that ALL French citizens could face mandatory vaccination later this year.

To get a vaccine passport, you have to be fully vaccinated, have a fresh negative test or have recently recovered from the virus. In his address, Macron said that France will start charging for some Covid tests, which up to now have been free, giving many citizens little choice but to get vaccinated. Sky News has more.

In a televised address, France’s President said all health care workers, nursing home workers and anyone who cares for the elderly or unwell at home must have coronavirus vaccines by September 15th.

Those who fail to do so could face sanctions or fines.

The President also announced anyone who wants to go to a restaurant, shopping centre or several other public places will need a Covid pass, which can only be given to people who have been fully vaccinated, have a fresh negative test or have recently recovered from the virus.

The additional restrictions come as the country continues to battle a resurgence of cases driven mainly by the Delta variant.

Some 40% of France’s population is fully vaccinated but there are pockets of vaccine scepticism.

“The country is facing a strong resumption of the epidemic touching all our territory,” Mr Macron said. …

He said the French Government would declare a medical state of emergency again starting on Tuesday, which allows him more scope to impose virus restrictions. …

In France, vaccines are widely available for anyone 12 and over, but take-up slowed in recent weeks because of vaccine hesitancy, a sense that the virus is no longer a threat, and because some people decided to put off their jabs until after summer holidays.

We are not that far behind this state of affairs in England, where care home workers face mandatory vaccination and large indoor venues have been urged to require vaccine passports.

Since the 8th of March, There Have Been 9,484 *Fewer* Deaths Than Normal

How Would You Prepare Your Former Self for the Age of Covid?