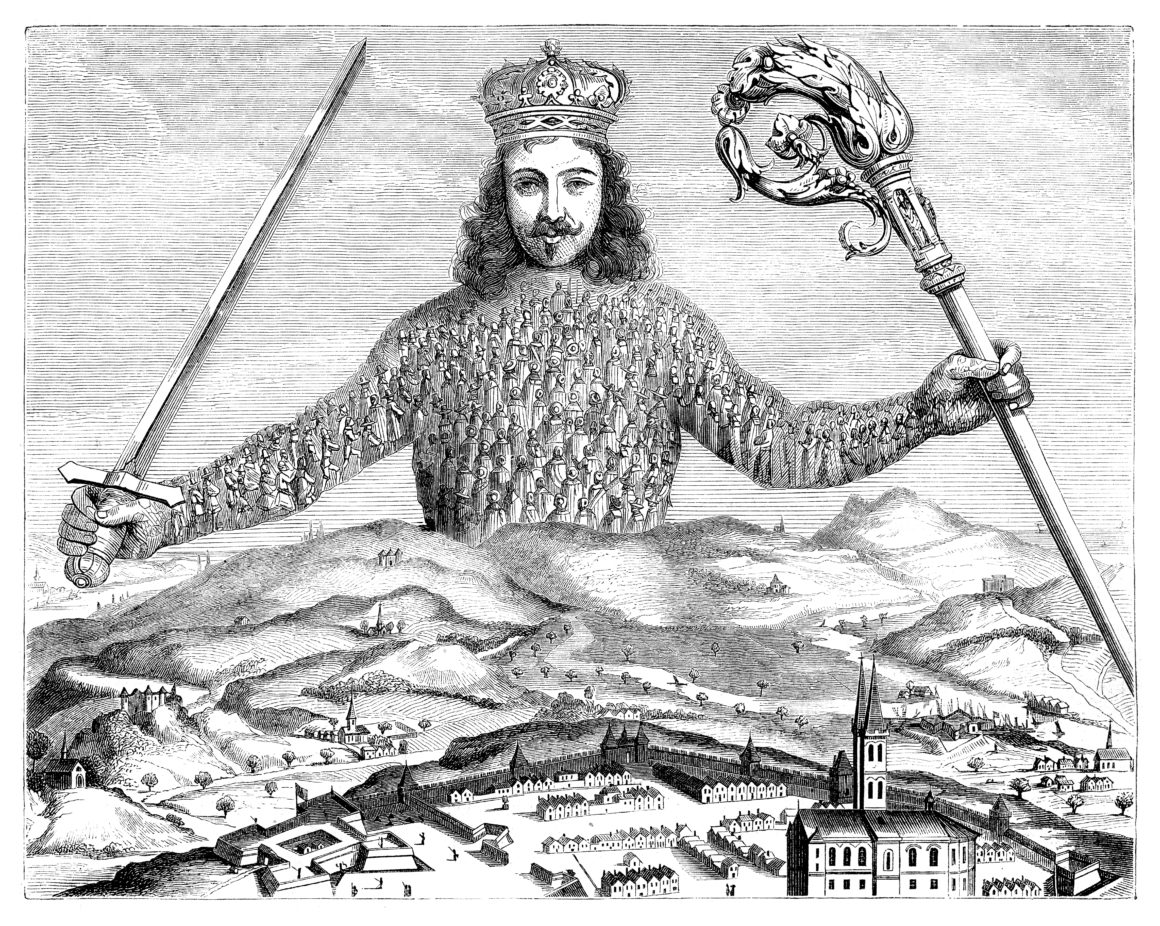 We’re publishing an original essay today by Dr. James Alexander, an Assistant Professor in the Department of Political Science at Bilkent University in Turkey, in which he sets out the rudiments of a political theory of COVID-19, drawing heavily on Hobbes’s Leviathan. This is how his essay begins:

Political theorists have been mostly silent about COVID-19, as far as I have seen. There was Georgio Agamben, who, early on in 2020, suggested that what was going on bore out his view that the exception was now the norm. For thirty years or more Agamben has gone on, to great applause from admirers and publishers – he is one of those writers for whom every lecture in Italian becomes a handsomely bound book in English – in a paranoiac metaphorical erudite leftist manner. But now events have borne him out. And since he was willing to say that something bad was going on, we have to give him credit, not only for that – saying so – but also for having worked on a theory which, no matter how irrelevant it seemed in the old days (except, perhaps, to Guantanamo), now has something to say to everyone.

Apart from him there is no one I know of. They continue in conference and on Twitter while the world burns. So I asked myself which of the great political philosophers would have approved of the government-corporation-media response to this novel coronavirus (and the apparently necessary consequence that all discussion, debate or disagreement be suppressed, avoided, deplatformed)? And the answer was bare, to say the least. Plato might come to mind, because he advocated rule by the wise, and because he mentioned “the noble lie”: but the lies told this time around have been ignoble; and, anyhow, it is far from obvious that our philosopher-kings (Whitty, Vallance, Cummings, Hancock, etc.) know what the good is. In addition, Plato was not in favour of extending life by the use of medicine. He might not even have granted citizenship to modellers and behavioural scientists.

Other political theorists could not have approved of the rigmarole of distancing, masks, lockdown and vaccination. Not Aristotle, who was moderate in almost every respect, including in seeing both sides of every question. The polis for him had good reason to be aristocratic, but was also, emphatically, a place in which citizens were equals, so that they ruled and were ruled in turn. Not Augustine, who said that Rome had originated in injustice, and that one should opt out of it and think of oneself as a member of a societas perfecta, a city not of this world, the civitas Dei. Not Aquinas. Not even Machiavelli, despite all the force and fraud, because he was, in the end, a good republican, a believer in vivere civile e politico, civil and political life. Not Locke, of course, the father of liberalism. Not Rousseau, not Kant, not Hegel – not without distortion. Not Burke. Not Paine. Not Bentham. Not J.S. Mill. Not John Rawls. No. They all valued something which would have disqualified them, whether it was truth, tradition, reason, utility, liberty, or justice. Not Marx, of course, since he was concerned with emancipation, and was against alienation. Most modern thinkers, from Heidegger, through Adorno, Schmitt and Foucault to Habermas, have been opposed to technical or instrumental rationality. So it is actually quite hard to think of a theorist of this brave new world.

The only obvious candidate is Hobbes…