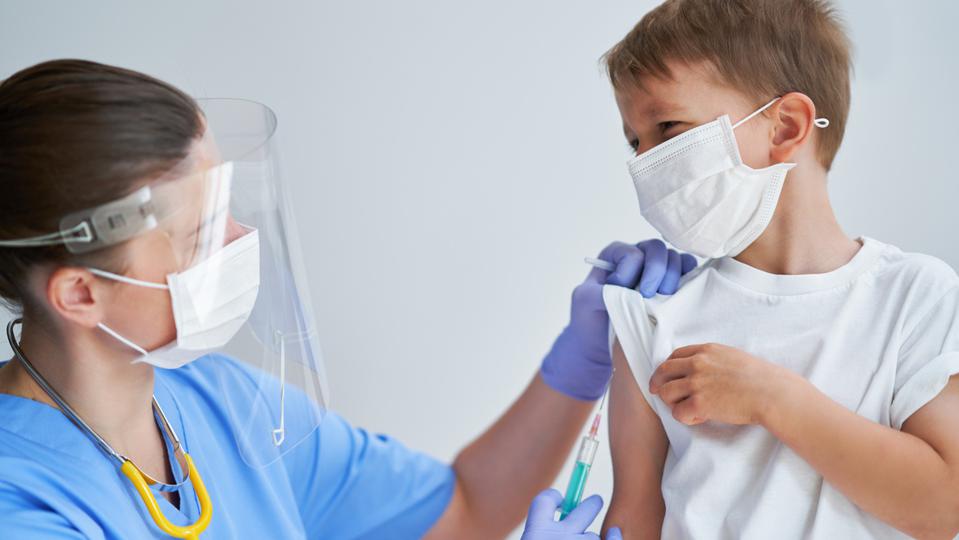 Concern over the link between the AstraZeneca vaccine and rare cases of blood clots has led to the halting of trials of the jab on children aged six to 17. The BBC has the story.

A trial of the AstraZeneca Covid vaccine on children has stopped giving out jabs while the UK’s medicines regulator investigates a possible link with rare blood clots in adults.

Professor Andrew Pollard from the University of Oxford told the BBC there were no safety concerns with the trial itself, but its scientists were waiting for further information.

Around 300 volunteers signed up.

Earlier, PM Boris Johnson said people should get their jab when invited.

More than 31.6 million people in the UK have had a first vaccine dose.

A total of 5.4 million people have received a second dose.

Two vaccines – developed by AstraZeneca and Pfizer – are being used in the UK, while a third – from Moderna – has been approved.

The trial of the AstraZeneca vaccine on children, which started in February, is assessing whether the jab produces a strong immune response in those aged between six and 17.

Its suspension comes after a European Medicines Agency (EMA) official, speaking in a personal capacity, said there appeared to be a link with the jab and rare blood clots.

Confirming that the trial on children was being paused, Prof Pollard said: “Whilst there are no safety concerns in the paediatric clinical trial, we await additional information from the MHRA on its review of rare cases of thrombosis/thrombocytopaenia that have been reported in adults, before giving any further vaccinations in the trial.”

Participants are advised to continue to attend all scheduled visits and can contact the trial sites if they have any questions.

The Chair of the European Medicines Agency’s vaccine evaluation team has said there is a connection between the AstraZeneca vaccine and rare blood clots, although the exact cause of the adverse reaction remains uncertain. Meanwhile, the MHRA is being urged to consider restricting the rollout of the jab due to the occurrence of blood clots in younger people – especially young women.

The BBC’s report is worth reading in full.