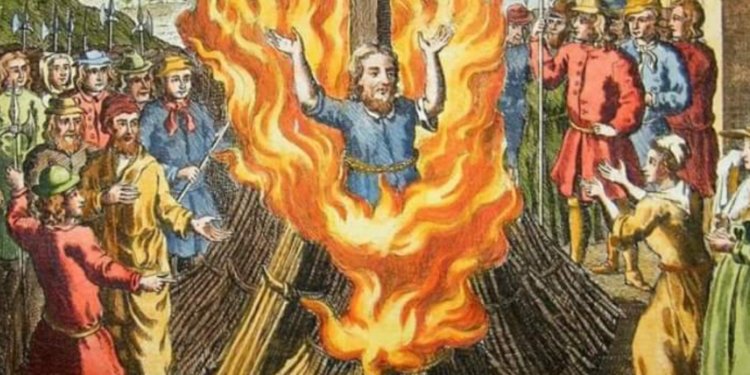 A defrocked philosopher and bon viveur, Giordano Bruno committed a heinous crime: his philosophy did not agree with the official science embodied by the Catholic Church. Bruno thought the Earth rotated around other planets and the Universe was infinite: real heresy. After eight years of detention, unlike Galileo, he refused to recant and was burned at the stake in AD 1600.

Bruno’s end was extreme. Although it would not happen nowadays, the persecution principle is alive and kicking. It has been energised but also brought to the surface by the Covid pandemic.

A recent publication on censorship and suppression and its tactics and countertactics drew our attention. The study was based on interviews with established scientists “who were censored for their heterodox views on COVID-19”.

Participants reported 12 censorship and suppression tactics used by the medical establishment and the media due to their critical or unorthodox positions on COVID-19. Our analysis is that these fall into three broad categories:  Silencing and Censorship, Denigration and Discrediting of an individual and Complaints and Intimidation.

There are also other tactics coming to the fore that are context specific. Shadowbanning occurs when social media platform stops a user’s content from showing up without notifying the user.

The reactions of the victims were interesting. Intimidation did not seem to work. All those interviewed carried on articulating their work and thoughts. Some took legal actions and others formed support networks. Perhaps the most interesting reaction was the use of alternative means of communication. Coming under attack requires highly effective communication strategies to get your points across.

Silencing and Censorship can be addressed by finding alternative sources of communication (e.g. Substack) and media outlets that are better at dealing with and expressing uncertainties. Denigration and Discrediting require keeping calm and not responding in kind while sticking to an evidence-based approach – counter certainty with uncertainty. Complaints and Intimidation are perhaps the most pervasive strategies and most difficult to deal with. But take advice, confide in trusted sources and play the long game.

Yet the only big question now being asked by young people is: why on earth was my school closed when I only ever had an infinitesimal chance of dying of Covid? Again, some of us were posing that very question at the time. But lockdown sceptics were vilified by people such as the Tory MP Neil O’Brien, with his COVID-19 FAQ website behaving as if it was the authority on all things pandemic.

This was a website which sought to humiliate scientists such as Sunetra Gupta, Carl Heneghan and Tom Jefferson for daring to challenge the SAGE groupthink. In general, journalists who questioned the wisdom of shutting down classrooms were treated like pariahs, accused of putting teachers’ lives at risk. Yet according to the Office for National Statistics, there were just 139 Covid deaths in teaching and educational professionals aged 20 to 64 years from March to December 2020 in England and Wales. Even after schools reopened, coronavirus-related deaths for this group were “statistically significantly lower” than the average.

Academic and Journalistic freedom requires individuals to pursue knowledge wherever it may lead without undue or unreasonable interference. The scientists and doctors in this present study did not refrain from expressing their points of view that others considered objectionable. The ability to overcome such self-censorship is fundamental to a democracy and its capacity to make decisions in the best interest of its citizens.