Anatomy of a Scientific Witch-Burning 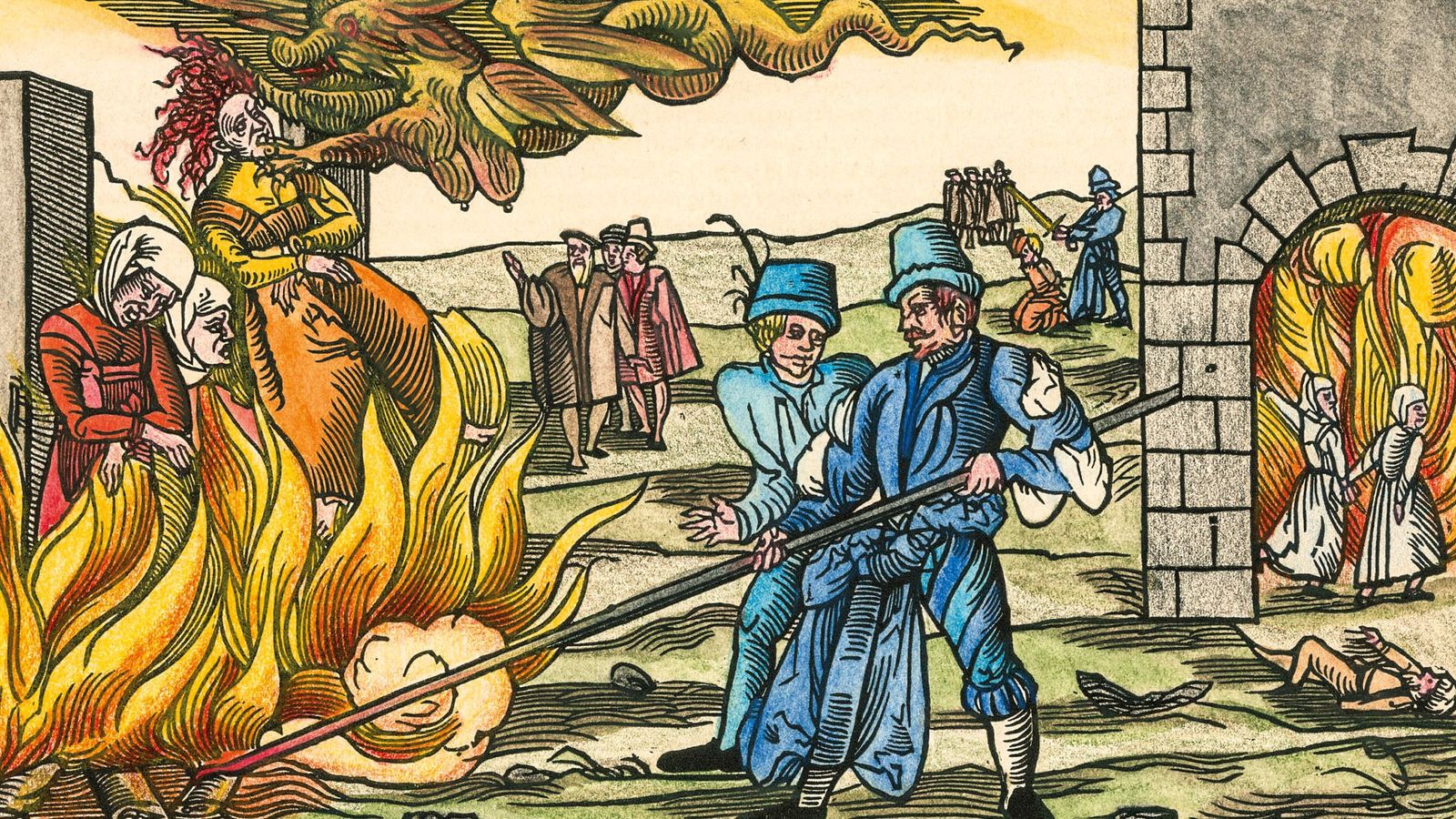 In January of last year, three economists – Jonas Herby, Lars Jonung and Steve H. Hanke – published a working paper looking at the effects of lockdowns – specifically at whether they reduced COVID-19 mortality. They concluded “that lockdowns in the spring of 2020 had little to no effect on COVID-19 mortality” – heresy, in other words, and it wasn’t long before the gate-keepers of scientific orthodoxy and their outriders in the mainstream media (aka ‘fact checkers’) set about destroying their paper. In the final version of their working paper, published this month in the Johns Hopkins University series Studies in Applied Economics, they’ve included an Appendix in which they describe this process. It’s quite the eye-opener. Below, we’ve republished it in full.

The Johns Hopkins Institute for Applied Economics, Global Health, and the Study of Business Enterprise, which one of us (Hanke) founded and co-directs, published “A Systematic Literature Review and Meta-Analysis of the Effects of Lockdowns on COVID-19 Mortality” in its Studies in Applied Economics working paper series on January 21st, 2022. The working paper’s findings – that lockdowns had little to no public health effects measured by mortality – and its policy conclusions – that lockdown policies are ill-founded and should be rejected out of hand – attracted considerable attention in the media, in the White House and halls of the U.S. Congress, among public health experts, and within the chattering classes around the world.

But, it was the strong endorsement of Dr. Marty Makary, a distinguished Professor of Medicine at the Johns Hopkins School of Medicine, during his February 2nd appearance on Tucker Carlson Tonight that set off a media firestorm. Indeed, on February 3rd, the Science Media Centre in London issued a press release, with statements by Prof. Neil Ferguson, Dr. Seth Flaxman, Prof. Samir Bhatt – all affiliated with Imperial College London and authors of two of the studies (Ferguson et al. (2020) and Flaxman et al. (2020)), we implicitly criticised – and Prof. David Paton (Nottingham University Business School). The release contained several criticisms of our working paper from the Imperial College team, many of which were unscientific or clearly flawed. Those were authored by Prof. Ferguson, Dr. Flaxman, and Prof. Bhatt. The press release also contained positive comments by Prof. Paton.

The accompanying Figure 20 denotes five of the most scientific criticisms raised in Science Media Centre as well as five criticisms raised by follow-up ‘fact checkers’. Although we believe that the criticisms are with little or no merit, we are not going to engage in a critique of them in this Appendix, as the relevant criticisms are dealt with, either directly or indirectly, in the text of this working paper. Our purpose is to illustrate how biased and politicised the media was when it came to its reportage of our working paper.

Snopes, which advertises itself as a “fact-checking” website, was quick to jump on the bandwagon. A few hours after the Science Media Centre press release, Snopes published a report that contained eight criticisms. Of those, five were lifted from the Science Media Centre press release. And three new but irrelevant “criticisms” were added, see Figure 20.

On February 8th, Foreign Policy published a critique. It copied three of the Science Media Centre’s criticisms and two of the new ones added by Snopes. In short, Foreign Policy’s article presented nothing new.

Then, USA Today entered the picture on February 18th. The fact checkers at USA Today offered seven criticisms – four copied from the Science Media Centre and three from Snopes.

On March 8, FactCheck presented ten criticisms. They included six from the Science Media Centre (including all five that we identified in Figure 20), two from Snopes, and two new confused and misleading criticisms, see Figure 20.

There was, of course, a great deal of reportage about our working paper that appeared in the early February-April 2022 period. This material was highly repetitive, echoing material presented on February 3rd in either the Science Media Centre press release or the Snopes report. There were several similar reports, but to avoid repetition ourselves, we limit our review to the five reports contained in Figure 20.

The striking feature of the media flow is its unoriginality. Indeed, there is little evidence that the post-Science Media Centre press release authors even engaged in basic “primary” reading of our text, let alone any “critical” reading of the text. What is evident is what Martin Heidegger identified in his 1927 magnum opus Being and Time as “idle talk” (“Gerede”). This is inauthentic discourse, simply adopting and circulating others’ opinions about something without ever engaging in even reading a primary text.

As illustrated in Figure 21, none of these positive comments saw the light of day in the “fact checking” that followed the Science Media Centre’s press release on February 3rd. That’s because the new cottage industry called “fact checking” has arguably become highly politicized. As a result, there is not much fact checking, but rather opinions about whether the so-called fact checkers agreed or disagreed with the policy implications or conclusions of what they are supposed to be fact checking. So, for the most part, fact checkers were not engaged in fact checking, but were engaged in publishing opinion and narrative. By hiding behind the shroud of ‘facts’ and ‘fact-checking’, they have attempted to cast doubt, in our case, via innuendo.

In closing this Appendix, we would like to indicate that we received extensive private reviews and comments on our working paper. After all, that’s the purpose of publishing working papers. Our professional correspondents did engage in a serious primary reading of our working paper and made many useful comments and suggestions. Most of their names appear in our thank-you note following the abstract.

We engaged in a thorough review and revision of our January 21st, 2022 working paper. We can report that one error of commission was found in the original. It was not detected by any fact checkers or by those we corresponded with, but by us. The error was a computational error that involved logarithms. It was ‘small’ and did not materially affect our results.

Is Trading With Russia and China Bad for National Security?