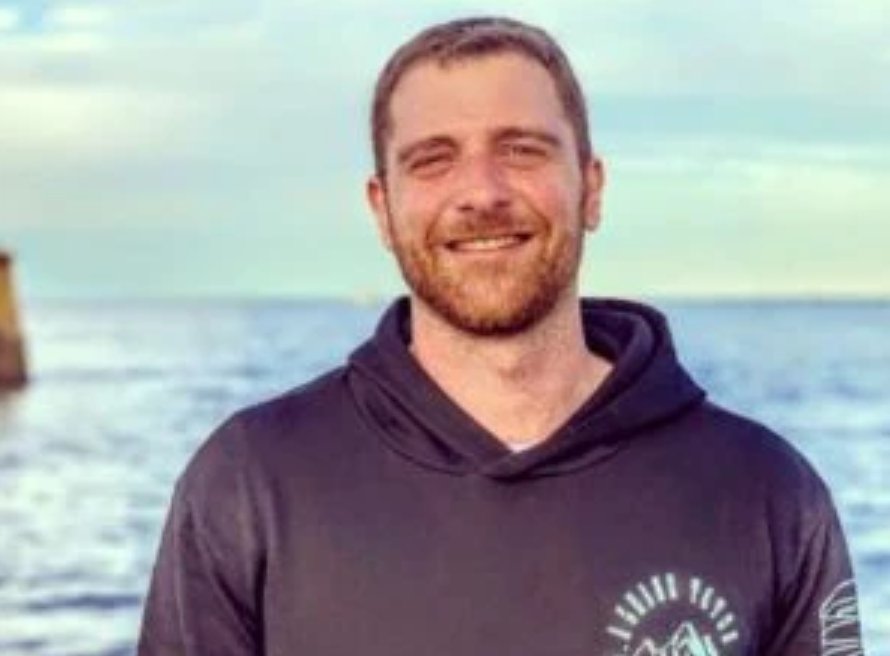 You may have heard the disturbing story of Maddie de Garay, who in July 2020, aged 12, participated in Pfizer’s Covid vaccine trial of adolescents aged 12-15. Within 24 hours of receiving the second dose in early January 2021, Maddie experienced “zapping pain up and down her spine with severe abdominal pain… her toes and fingers turned white and were ice cold”. She now can barely see, suffers from tinnitus, mobility issues, vomiting, blood in her urine, numbness in her body and has at least 10-20 seizures a day. Yet her injury was recorded in the vaccine trial data as “abdominal pain” and it was asserted without investigation to be not related to the vaccine.

Another case, similarly disturbing, has now emerged of an adverse reaction during a Pfizer trial that was not recorded in the trial data, raising concerns about the integrity of the trial data and the possibility of fraud.

Augusto Roux is a 35-year old lawyer from Buenos Aires, Argentina who volunteered for Pfizer’s Covid vaccine phase 3 trial. He did so to protect his mother, who has emphysema.

On the way home after his second dose on September 9th 2020, he began feeling unwell, developed a high fever and felt very ill. He fainted on September 11th and went to the hospital on September 12th. The hospital ran tests, including a CAT scan of his chest, which showed an abnormal collection of fluid around the outside of the heart, indicating pericarditis (a form of heart inflammation).

On September 14th he was discharged, with the doctor writing in his discharge note that he had suffered an adverse reaction to the vaccine. Augusto was also told by hospital staff that there had been a considerable number of people from the clinical trial coming to the hospital – one nurse estimated staff had seen around 300 people – so his experience was not new to them. Around 3,000 trial participants had been enrolled before Augusto, so, if the nurse’s estimate is accurate, this would be a hospitalisation rate of 10%.

Following his adverse reaction, Augusto asked to see his trial clinical records, but those running the trial refused. Being a lawyer, Augusto went to law to get access to his records, which took over a year. Once he saw them, he could well imagine why someone might not want them to be released.

In hospital, Augusto had tested negative for Covid, and the doctor at the hospital had written that his condition was due to the vaccine. However, when Augusto contacted the trial site on September 14th to notify the investigators he had been in hospital, they wrote down in his clinical trial record that he had been admitted for a “bilateral pneumonia” that had nothing to do with the “investigational product” – the vaccine – even though that was not what he told them or what the doctor who examined him had stated.

For obvious reasons, Augusto was keen to know whether he’d had the vaccine or not. However, the principal investigator for the trial, Fernando Polack (pictured below), had inaccurately claimed that he could only be unblinded if his life were in danger. Augusto appealed to ANMAT, the Argentinian equivalent of the FDA, and following a formal hearing on October 9th 2020 it forced the trial investigators to tell Augusto that he had, indeed, received the vaccine.

The clinical trial notes reveal that two days prior to this hearing, on October 7th, “at the request of the sponsor” (Pfizer), the adverse event code was updated from pneumonia to “COVID-19 disease”. This is despite Augusto testing negative at the time of his admission. (Conveniently for Pfizer, the COVID-19 ‘diagnosis’ would not be included in the trial vaccine efficacy calculations due to the negative test.)

Even more disturbing, on October 8th, Polack wrote in Augusto’s clinical trial records that he had had an attack of “severe anxiety” starting on September 23rd (not caused by the vaccine, naturally). Polack added that Augusto suspected a conspiracy between the two hospitals, described his anxiety as “constitutional”, and noted that it was ongoing, evidenced by his pursuing his appeal to ANMAT. On October 11th, Polack had this mental health diagnosis added to his actual medical records.

Dr. David Healy, who has interviewed Augusto and seen the medical records in question, comments that “there is nothing in any record that indicates that Dr. Polack or any other doctor attempted on September 23rd to establish whether Augusto had a mental disorder”. He adds:

Augusto points to the notes of October 8th and 11th as evidence that this idea was invented just around the time the ANMAT hearing was about to happen. He states that it is in breach of Argentinian law for Dr. Polack to have diagnosed someone with a medical condition that the person does not have – and to have entered it into his medical record.

Note that Polack is a paediatrician so lacks qualification to make mental health diagnoses, especially without any formal assessment.

Polack is a key player in the Pfizer Covid vaccine trials. He was the lead author on the December 2020 NEJM paper on the safety and efficacy of the vaccine. Israeli academic Josh Guetzkow notes that he is also one of the directors of i-trials, the site management organisation “paid handsomely by Pfizer to run the trial in Argentina (the largest site of the trial by far)”. Guetzkow adds:

If he raised an alarm about the vaccine safety, his company would have lost a ton of money and would be an unlikely choice by any company to run any trials in the future. So to say that he had an interest in achieving a positive trial outcome would be quite an understatement. There may be other conflicts we’re not aware of.

The evidence of malpractice and possible fraud in the Pfizer Covid vaccine trials is certainly stacking up now. But very few people are aware of it as it is mostly only being reported in alternative media. When will mainstream outlets start following up properly on this potentially massive story?