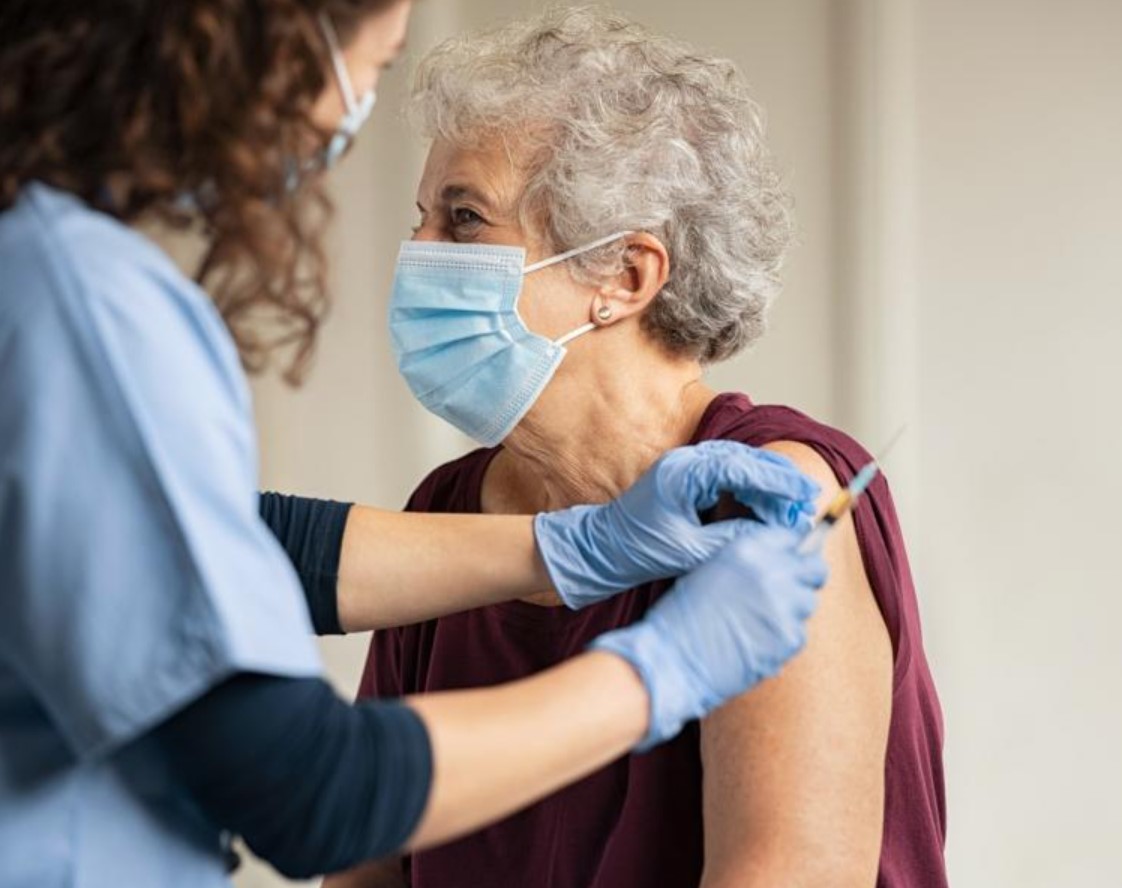 In essence, it claims ongoing efficacy against death from COVID-19 at about 88% following three vaccinations for the over 50 year-olds. Does this mean that in the absence of the vaccines we would expect deaths of the triple-vaccinated to be 8.3 times higher than it has been? Let’s assemble some data from Government sources and see if this can really be true.

Up until week 13 2022, the UKHSA used to report deaths from Covid by age and vaccine status. Fig 2 reproduces this last data table. The absolute numbers may have changed in the five weeks since then but the relative rates of death in the various groups had been fairly stable for the weeks prior to this and I suspect they still are.

We can see from table 13b, taken from the week 13 vaccine surveillance report, that Covid deaths amongst the unvaccinated over-50s accounted for 289 of the 3,944 over-50 deaths, that’s 7% of the total. How does this compare with the proportion of people in the 50-plus age cohort who have been vaccinated? Well, Fig 3 below shows the rate of vaccination by five year age-cohorts for a single dose of vaccine and Fig 4 shows the vaccination rate for a third dose of vaccine.

About 92% of the over 50s had a first dose and about 85% have gone on to have a first booster. If, as the UKHSA tells us, the vaccines confer about an 88% efficacy against death, you would expect the unvaccinated to die at over eight times the rate that the unvaccinated die. But they don’t. As Fig 2 shows us, the unvaccinated account for only 7% of the deaths. The table also tells us that of the 3,944 deaths of the over-50s, 3,003 of them (76%) were of the triple vaccinated; 562 of the deaths (14%) were of the double vaccinated but unboosted, and 79 (2%) were of those who only ever had one dose of vaccine. Going back to Fig 3 and 4, we can see that the difference between the percentage of people single dosed and triple dosed is about 7% (92%-85%=7%), yet they appear to account for about 16% of all of the deaths in the period covered by the report. It isn’t the unvaccinated who appear to die in disproportionate numbers, but the vaccinated who haven’t had a booster.

Certainly, the UKHSA data don’t seem to support the UKHSA’s own claim of 88% efficacy against death. But, for the sake of argument, I’m prepared to go along with the UKHSA and others who claim that perhaps the unvaccinated are a self-selecting group of fitter people, less susceptible to Covid or that they do a better job of isolating themselves or that they wear military grade gas masks and that consequently, even though it doesn’t look like it, it’s still true that vaccines are incredibly beneficial. Let’s look at it from another direction. Surely it follows that if 90% of the population weren’t vaccinated and if the vaccines had approaching a 90% efficacy against death then in the absence of vaccines the current death rate would be 8.3 times higher than it is? Let’s have a look.

Fig 5 shows the profile of deaths in the U.K. from Covid over the past two years or so. One of the more striking features of the chart is that deaths this May are around 20 times more than they were last May. Should this surprise us? Well, considering that about a further 100 million doses of vaccine have been injected into the arms of the U.K. population since then. And, given that in May 2021 two thirds of the infections were of the Alpha and one third of the Delta variant, both considered far more virulent than today’s 99%-prevalence Omicron. And, that the majority of the population have had Covid thus acquiring natural immunity, then I would argue that yes, it should surprise us! It certainly isn’t a ringing endorsement of 88% efficacy against death.

Let’s now see what happens if we multiply deaths since January 1st 2022 by 8.3 times. Fig 6 shows where we would expect deaths to be in the absence of vaccines. Without vaccines, are we really saying that deaths this month would have reached twice the peak rate ever achieved, back in the days before any vaccines.

Of the under-40s, only about 70% ever got a first dose of the vaccine. Booster take up is below 50% and everyone knows plenty of both the vaccinated and unvaccinated who’ve had Covid and are hard pushed to identify any difference in severity of symptoms or likelihood of infection. The fact that about 25% of the under-40s have opted not to get the booster should alarm the health authorities as it looks all too likely that they’ve overplayed their hand and created a vast group who have become vaccine hesitant. There are a lot of us who believe that we’ve been oversold and coerced into taking a medical intervention that we didn’t need. The consequences look likely to haunt us for a generation.

And just in case you thought British exceptionalism may account for the apparent failure of the vaccines to deliver high levels of protection against death even in the event of a benign variant, high levels of natural immunity and improvements in case management, then just look at the comparative death rates pre- and post- vaccine in Israel, South Africa, the EU and in the USA. Israel has had very high rates of vaccination yet deaths peaked at a higher rate after the vaccine rollout. South Africa has had a relatively low rate of vaccine take-up yet its death rates have been getting ever smaller. In the EU and USA numbers there may be some vaccine impact but it doesn’t look like a game changer, certainly not when we factor in natural immunity and more benign variants.

Hard as I look, I can’t see that the vaccines have delivered the claimed 90% protection against death and I think there’s a lot of people who agree with me.