“The Biggest Global Power Grab We Have Seen in Our Lifetimes”: How Serious is the Threat From the WHO Pandemic Treaty? 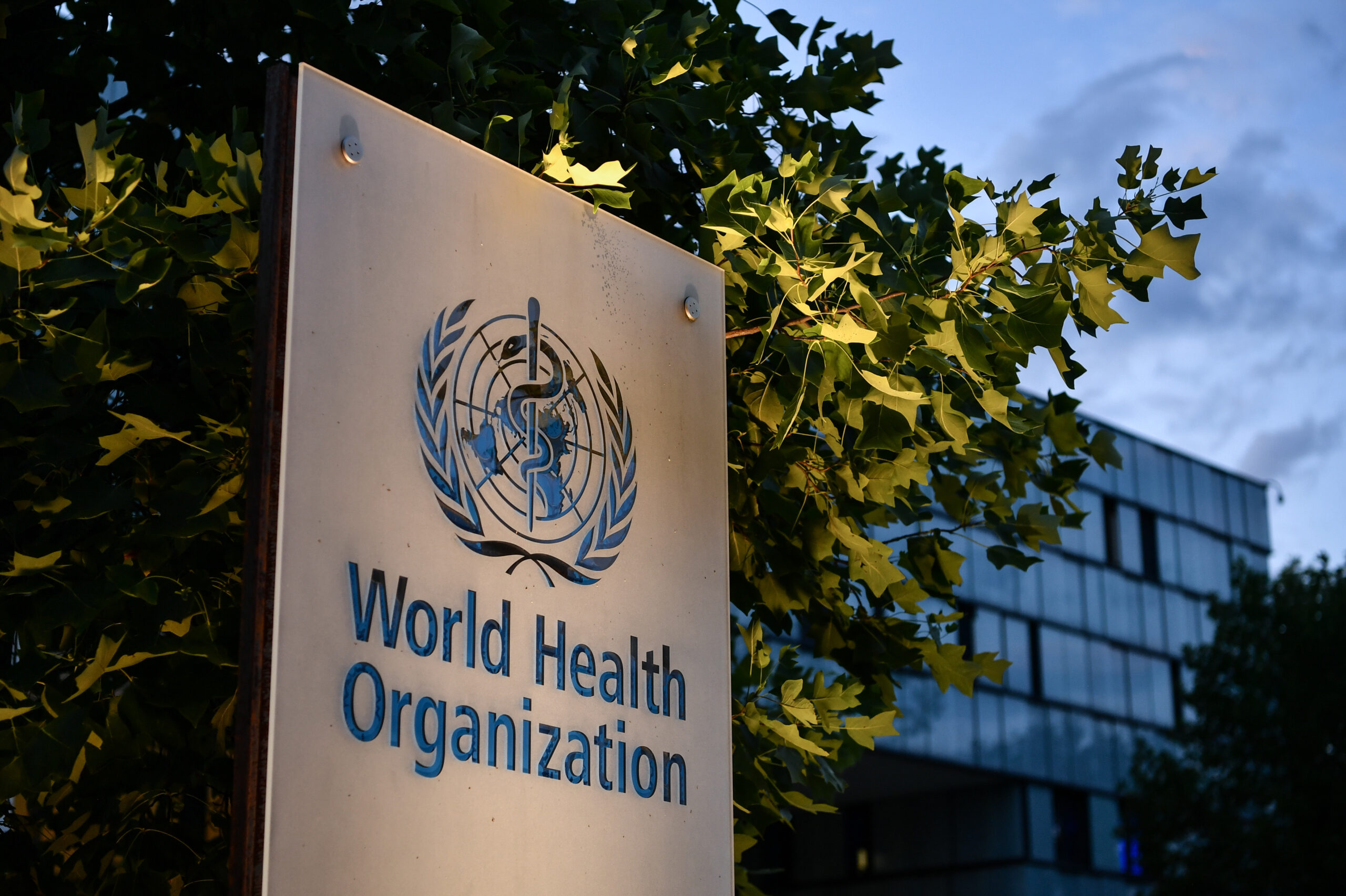 Later this month the World Health Assembly, the governing body of the World Health Organisation, will meet in Geneva, Switzerland, and among its business are amendments put forward by the U.S. Government to the pandemic treaty, the International Health Regulations 2005.

The process of creating a new pandemic treaty or amending the existing one was announced in December (though the origins go back earlier) and was a response to a call from governments, including the U.K, for a strengthened global pandemic strategy coordinated by the WHO.

In a consensus decision aimed at protecting the world from future infectious diseases crises, the World Health Assembly today agreed to kickstart a global process to draft and negotiate a convention, agreement or other international instrument under the Constitution of the World Health Organisation to strengthen pandemic prevention, preparedness and response.

Dr. Tedros Adhanom Ghebreyesus, WHO Director-General, said the decision by the World Health Assembly was historic in nature, vital in its mission, and represented a once-in-a-generation opportunity to strengthen the global health architecture to protect and promote the well-being of all people.

Many are concerned, however, that the U.S. amendments will transfer significant sovereignty over public health policy to an unelected and unaccountable global organisation.

Michele Bachmann, Dean of the Robertson School of Government at Regent University and a former U.S. Congressman, has sounded the alarm about what she sees as a dangerous power grab by an unaccountable organisation with a poor track record in thrall to communist China.

In less than two weeks’ time a vote will take place in Geneva Switzerland at the World Health Assembly. They’re important because they’re the governing body of the World Health Organisation, WHO. This authority that they would be given would impact 99.4% of all the people in the world. There are 193 nations belonging to the UN.

The Biden administration is bringing amendments that would propose that all nations of the Earth cede their sovereignty over national healthcare decisions to the WHO, the World Health Organisation. So what this would mean is that the WHO would have decision-making authority to intervene into United States Government policy and any nation of the world without our permission.

So for instance, the lockdown, where you see 26 million today locked down in Shanghai, China, they can’t leave their apartments or homes, the WHO would have the authority to be able to impose that here in the United States for whatever pretext they want, they don’t have to show data, they could do this. What this does, bottom line, is it creates a platform for global governance through the WHO. This is what people need to know, it’s time sensitive. No one knew about this. The Biden administration gave these proposed amendments to the World Health Organisation on January 18th, no one in America knew this until April 12th, less than a month ago.

Bachmann demands the Republican leadership drop everything and focus on forcing the Biden administration to drop the amendments.

This is the biggest global power grab that we have ever seen in our lifetimes and if this goes through nothing else matters… This is the greatest attack we’ve ever had on United States sovereignty… We cannot allow Joe Biden to give away American sovereignty, and really all 193 nations of the world’s sovereignty, to the hapless World Health Organisation, which is essentially a subsidiary of the Communist Chinese Party Government.

Barrister Francis Hoar told TalkTV‘s Julia Hartley-Brewer on Tuesday that he was also very worried. The broadcaster tweeted: “Boris Johnson is set to join a new WHO Pandemic Treaty replacing the laws of 194 countries to tackle the next pandemic. Barrister Francis Hoar says it will give power over the UK to ‘unelected’ WHO officials influenced by China.”

Some argue that, while the amended treaty does transfer sovereignty to the WHO, in the U.S. at least the effort will fail because it is not in line with the Constitution. Ryan Heath writes:

As a constitutional attorney, I am unconcerned about the proposed changes because the Biden administration lacks the authority to abdicate U.S. sovereignty in such a way.

As an initial matter, the Biden administration (the executive branch) lacks the authority to adopt any treaty on behalf of the United States. President Biden has only the authority to enter into Executive Agreements with foreign nations. For an Executive Agreement or other international agreement to become a Treaty (to have the force and effect of a Federal Statute), it must be ratified by two-thirds of the Senate. See United States Constitution Article II § 2. Support for abdicating U.S. sovereignty to declare a state of emergency to an international body simply doesn’t exist in the Senate.

Even if the Senate approved this measure as a Treaty, the Tenth Amendment expressly grants the police powers (the power to govern health and safety of citizens) to the states.

Others are less sanguine, however. Dr. Peter Breggin and Ginger Ross Breggin write:

These amendments will empower WHO’s Director-General to declare health emergencies or crises in any nation and to do so unilaterally and against the opposition of the target nation. The Director-General will be able to declare these health crises based merely on his personal opinion or consideration that there is a potential or possible threat to other nations.

If passed, the Biden administration’s proposed amendments will, by their very existence and their intention, drastically compromise the independence and the sovereignty of the United States. The same threat looms over all the U.N.’s 193 member nations, all of whom belong to WHO and represent 99.44% of the world population.

These regulations are a “binding instrument of international law entered into force on June 15th 2007”. U.N. members states can be required by law to obey or acquiesce to them.

In the U.K. a petition has been launched to protect the U.K. from the treaty.

You can read for yourself the treaty amendments proposed by the Biden administration. Here are some of the key changes.

It is clear that these amendments are primarily focused on strengthening the WHO and giving it more freedom to act notwithstanding a lack of cooperation or agreement from the state or states in question. The primary target the U.S. Government has in mind here is presumably China, aiming to make the WHO less dependent on gaining the cooperation of Beijing before declaring a public health emergency in China or otherwise getting involved.

It’s helpful to keep in mind that this is not a new treaty that is being proposed and amended by the U.S. Rather, these are amendments to the existing treaty, the International Health Regulations 2005, put in place after SARS-1 in 2003. This treaty is already a legally binding instrument of international law, and already allows the WHO Director-General to declare a public health emergency in a country without the consent of its Government, albeit having first tried to come to agreement.

While the proposed U.S. amendments certainly strengthen the hand of the WHO somewhat – including setting up a new “Compliance Committee”, whose recommendations nonetheless remain only advisory for states – they don’t fundamentally alter the nature of the arrangement. The existing treaty regulations, like all (or most) international law, do not actually compel states to do anything other than talk to the WHO and listen to it, and neither do they specify sanctions for non-compliance; almost all their output is advice. The proposed amendments don’t alter that. They don’t allow the WHO unilaterally to impose legally binding measures on or within countries.

With no new treaty, and amendments aimed primarily it appears at giving the WHO more independence from the Chinese Government the next time a pandemic starts in China, the alarm may be misplaced. On the other hand, the idea of the WHO going round declaring public health emergencies and recommending stricter lockdowns and more masks is hardly one to relish – though it’s been doing that anyway.

The bigger problem, arguably, is that governments have not resiled from their newfound commitment to lockdowns as a tool of public health management. This is contrary to the previous recommendations of the WHO from 2019, which are yet to be updated. The more important battle, perhaps, is ensuring that when this document and the national pandemic plans based on the WHO’s recommendations are updated, they do not codify the new lockdown orthodoxy for future pandemics and replace the sound, science-based, pre-Covid recommendations with ones based on the panic, politics and pseudo-science of the last two years.

“Eye-Watering” SAGE Models Had “Too Much Weight”: Another SAGE Scientist Recants His Lockdown Zealotry as the Winds Change