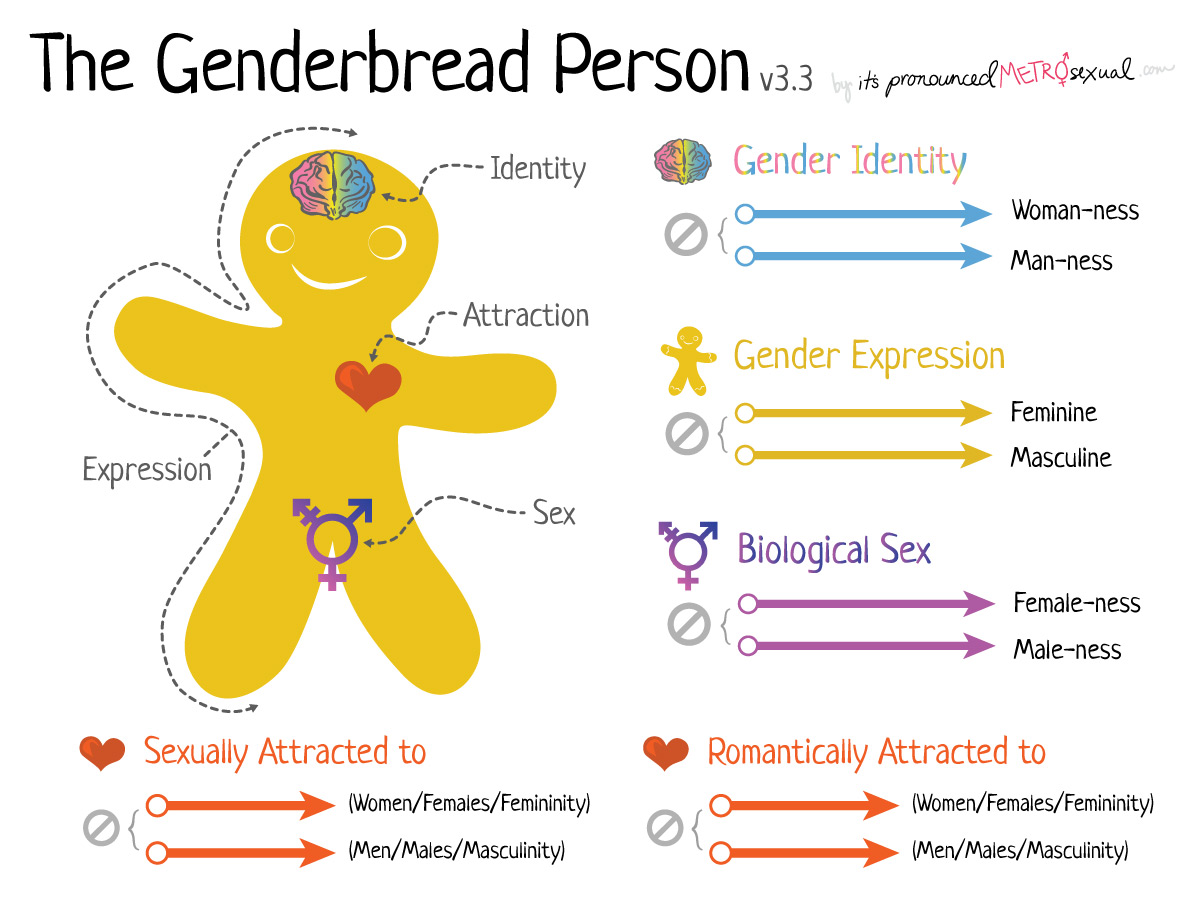 A guide listing 37 different gender terms and sexual identities has been issued to police officers and staff to help them when dealing with members of the public. MailOnline has more.

Norfolk Constabulary’s document, ‘The + in LGBT’, explains current terminology alongside a picture of a ‘gender bread person’ – a play on gingerbread man.

The guide, on the force’s internal computer system, was obtained by the Mail on Sunday using a freedom of information request.

Some of the terms relating to sexuality, such as ‘questioning’ or ‘asexual’, are self evident, but others will be new to most, such as gynosexual (someone who is attracted to feminine gender presentation) and grey asexual (a person who “experiences attraction rarely”).

Another lesser-known term is ‘varioriented’, which is described as “when your sexual and romantic orientations do not target the same set of genders”.

Similarly, a range of gender terms is also listed.

It includes words used in everyday language, such as binary, but also less common terms such as ‘neutrois’, which is when someone “identifies as agender, neither male nor female, and/or genderless”, and ‘maverique’, which is used to explain a “non-binary gender that exists outside of the orthodox social bounds of gender”.

Force staff who are confused by any of the definitions are directed to the ‘gender bread person’ diagram, which includes a series of sliding scales that relate to gender identity, sexual orientation, gender expression and biological sex.

Norfolk Police declined to say whether it had produced the guide itself or had obtained it from another organisation.

Can you tell a DEMISEXUAL from a MAVERIQUE?

Attracted to all genders and/or not concerned about gender when attracted to someone.

Open to experiment with other genders, but unsure of forming relationship with multiple genders.

Attracted to many genders.

Belief that heterosexuality is the norm and that sex, gender, sexuality and gender roles all align.

When your sexual and romantic orientations do not target same set of genders.

Ignoring the existence of genders and sexualities in the middle of the spectrum.

Having a fluctuating gender identity.

Not identifying with any gender.

Identifying as two genders, (but not exclusively) male and female.

When you identify with multiple genders at once.

Identifying as neither male, female nor genderless.

Not caring about identifying as any gender.

Having a weak gender identification of yourself.

Non-binary gender outside of orthodox social bounds of gender.

Stop Press: The College of Policing has ordered police forces in England and Wales to “decolonise” their training materials in order to recruit officers from more diverse backgrounds. The guidance also encourages police forces to become Stonewall Champions. MailOnline has more.

Beware a More Transmissible and Deadly Variant, Warns Bill Gates (Who Has a Book to Promote)