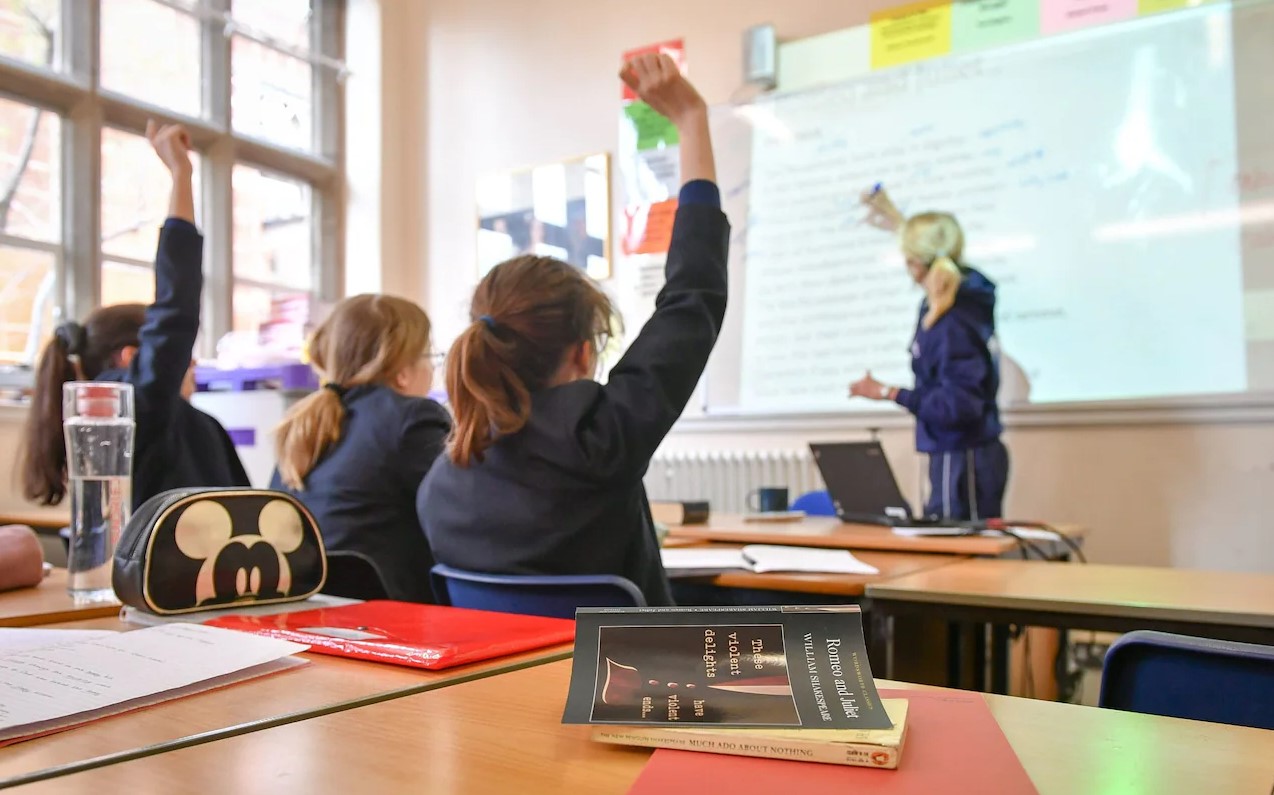 With the Government so far refusing to heed calls from teaching unions to tighten restrictions further in schools, the unions are fighting back, telling their members to ignore Government guidance and introduce stricter Covid rules anyway. The Telegraph has the story.

The UK’s largest teacher union has issued a “safety checklist” for schools, saying its recommendations are designed to “slow the spread” of the virus.

But the National Education Union’s advice – which includes a return of bubbles and staggered break times – has been described by parents as a “pandemic straitjacket” for children.

The Department for Education (DfE) has told headteachers they may need to combine classes to redeploy teachers to cover lessons in order to keep schools open if staff sickness spirals out of control.

However, the union briefing document says that classes should not be combined since this would “increase virus transmission” and adds that teachers should not be “routinely expected” to cover classes, advising that if they are this should be “urgently raised” with their union.

The document is also backed by the National Association of Schoolmasters Union of Women Teachers as well as Unite, GMB and Unison whose members include teaching assistants and other school staff.

Family groups and MPs have warned that this “inflexible and militant attitude” is likely to keep more children out of the classroom.

“It’s incredible to see these unions suggest something that goes so far beyond what the Government has required for schools,” said Liz Cole of the parent campaign group UsForThem. “This is desperately unfair to children and plunges them back into a pandemic straitjacket.”

The current Government guidance states that children should only be off school if they have tested positive or if they are showing Covid symptoms.

But the unions say that pupils should isolate if one of their family members has tested positive, and only return to school if they have received a negative PCR result.

“Where close contacts are unable to get hold of [lateral flow devices] due to supply issues, they should be supported to work from home for the isolation period,” it says.

The news seems to confirm the thesis of Dr. Ben Irvine, that trade unions have played a central role in driving restrictions both at the start and throughout the pandemic.

On the theme of educational establishments going well beyond Government guidance in their enthusiasm for Covid precautions, a reader sent us this sorry tale of his child’s nursery in north west London.

My child is 18 months old and their nursery in north west London has required two LFTs 24 hours apart before allowing them to return after the holidays and is then requiring twice weekly testing, reserving the option to move to daily testing if there are positives in the cohort (they already did this in the last weeks of winter term).

What is worse is that they require photographic evidence of the negative results and the head of the establishment was pleased to tell me she had identified a number of second faint lines which parents had missed on negative tests which rendered them positives.

When challenged about Government guidelines saying that LFTs are not recommended for under-fives she countered that the Government did not give a reason and she is entitled to make her own rules. However, in another DfE document it does say that it is because the tests are unpleasant for young children and of limited clinical benefit (presumably because they can’t be administered effectively).

There is however a phrase in the guidance which suggests that entry can be refused where it would harm other students and staff in the educational setting, referring to symptomatic children, but the proprietor seems to be applying her own definition.

We don’t yet have any concerns that our child will be treated differently as a result of our request, but it would be very hard to find out if that is happening given that our child cannot yet talk. We will begrudgingly provide a picture of an LFT this morning at nursery drop-off if they make a fuss but I will resist providing them a copy.

Additionally the nursery has always been very alacritous at identifying potential Covid symptoms and will call parents to collect after one cough or a slight fever so we are concerned that they will obsessively monitor our child unless we acquiesce to their rules.

It seems to me these rules are cruel to children and a breach of privacy. What has our society become that we inflict pain on children for a theoretical benefit to adults (or profits)?

We have not had a reply from the nursery to our last email sent 36 hours ago outlining our refusal to test without symptoms and our refusal to send photos so we don’t know if they have quietly backed down or are about to double down on us at the drop-off gate today!

If other readers have stories about over-zealous schools or nurseries or children being penalised for not conforming to masking or other unnecessary measures, email us here.