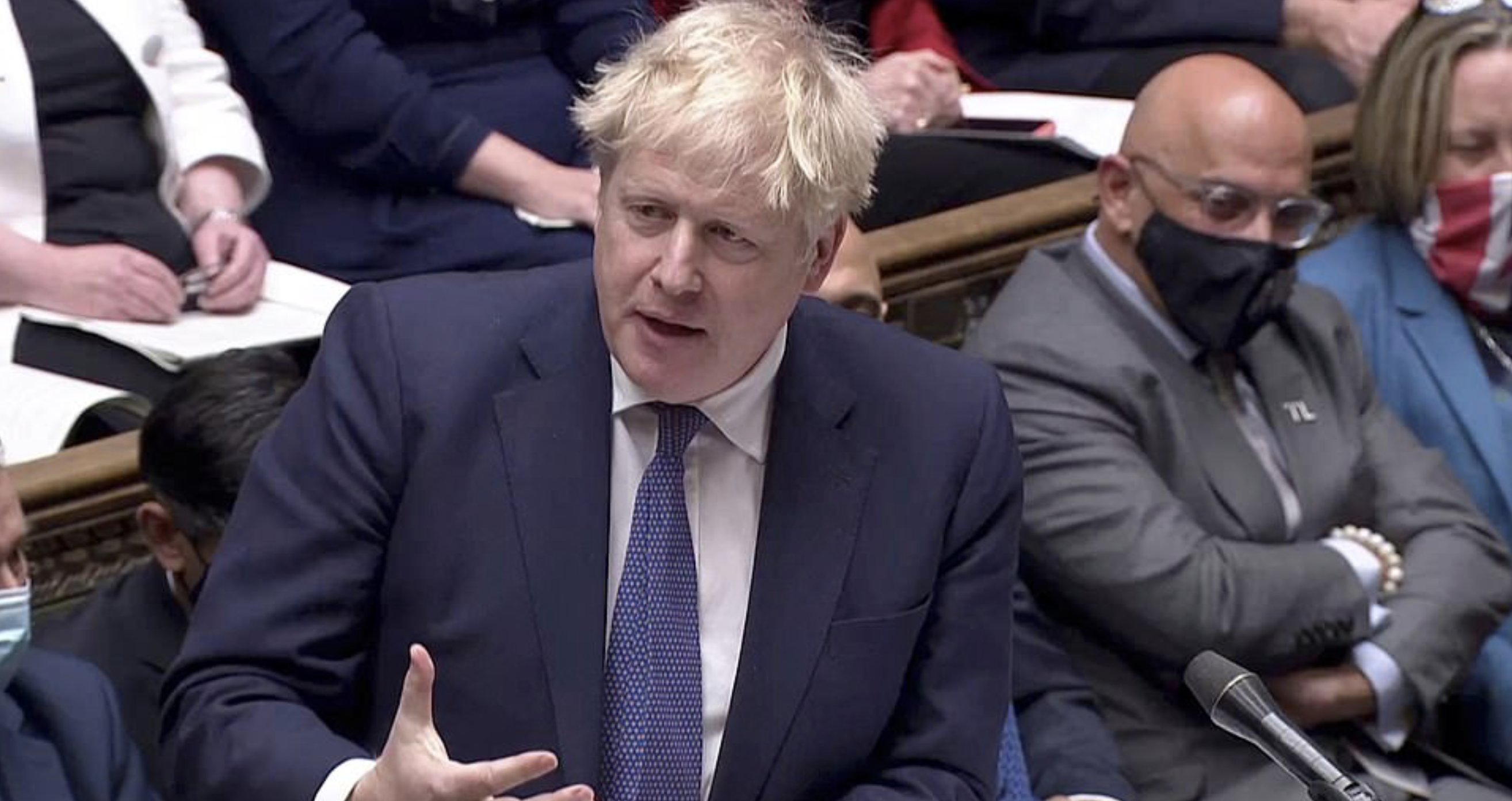 Boris all but ruled out another lockdown in the House of Commons earlier and held out the prospect of a return “closer to normality” within weeks, hinting at the abandonment of ‘Plan B’ by February. MailOnline has more.

As the U.K. recorded another 194,747 cases – up 6.4% on a week ago – the PM cautioned that the growth is “the fastest we have ever known” and older, more vulnerable people are now being affected.

However, he said bluntly that the government “does not believe we need to shut down our country again”. Instead Cabinet has agreed to stick to the existing “balanced and proportionate” Plan B restrictions in England that are “taking the edge off” the Omicron wave.

The obligation to work from home where possible, as well as wear masks in many settings and use Covid passes at large events and nightclubs will be reviewed again before they expire on January 26th – but Mr. Johnson hinted strongly that they will not be renewed.

The premier was congratulated by senior Tories including Jeremy Hunt and Theresa May for holding his nerve despite pressure to clamp down before Christmas. In another boost, Nicola Sturgeon has U-turned by following England and cutting the self-isolation period in Scotland from 10 days to seven.

Challenged by another Conservative former minister, Steve Baker, in the House, Mr Johnson said he hoped that once Omicron “blows through” the country “life will return to something much, much closer to normality” and the current restrictions will “not be necessary”.

Does the Oxford Study on Post-Vaccine Myocarditis Underestimate the Risk?