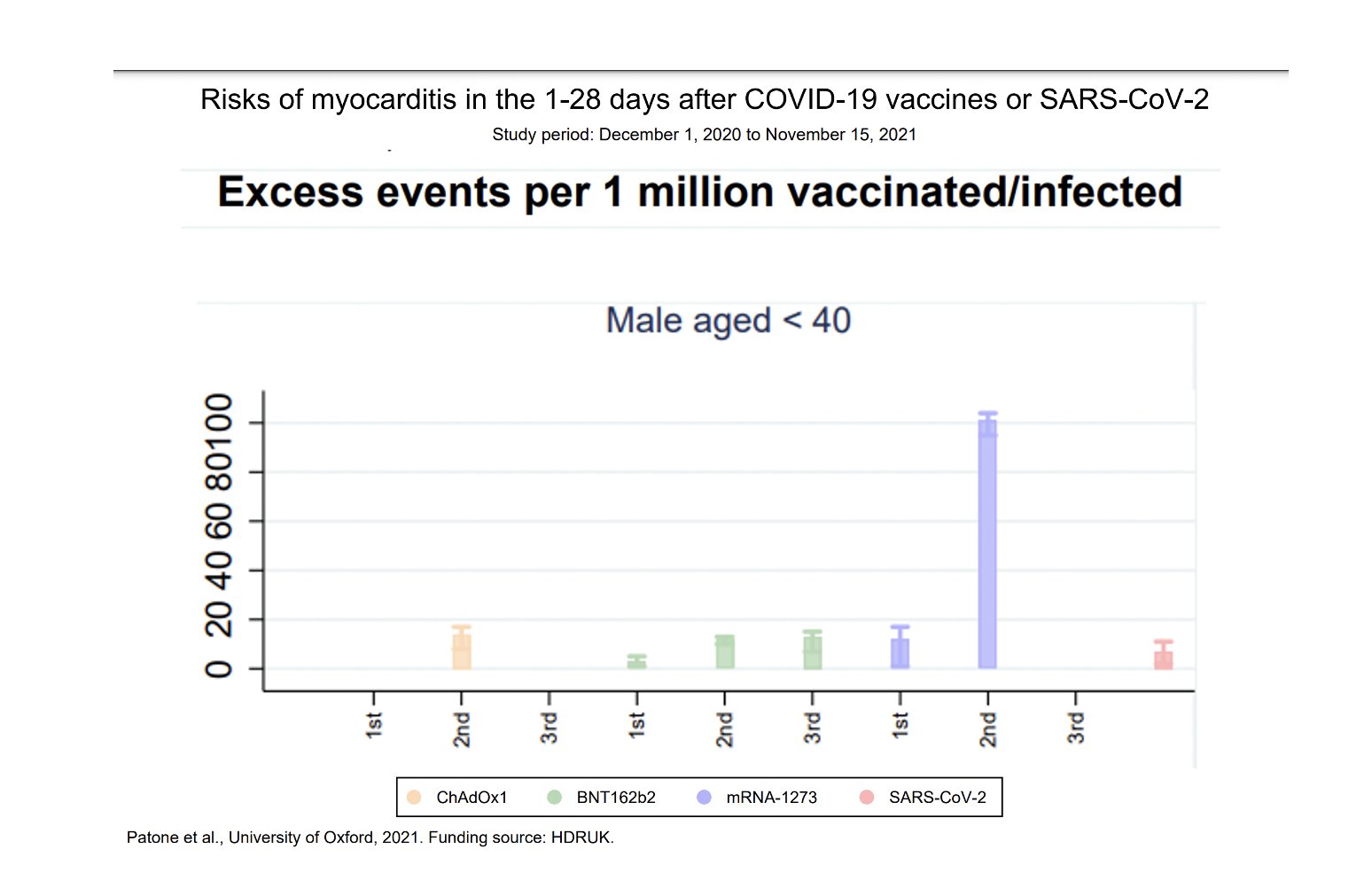 A major study from the University of Oxford into risks of myocarditis (heart inflammation) following Covid vaccination has found the risk in males under 40 to be significantly higher than the risk of the condition following Covid infection.

For females and for males over 40 the study found greater risk of myocarditis following infection than following vaccination. However, some have criticised the study for under-counting Covid infections by using positive tests rather than antibody surveys, which means the risk following infection may be exaggerated. Another criticism was the use of only two age bands – above and below 40 years – which may conceal elevated risks for younger age groups. A third criticism is that by comparing the risk after infection to the risk after vaccination the study does not allow for the fact that many of the vaccinated will subsequently be infected anyway and experience both risks.

The study, which is a pre-print, is an update to an earlier study published in Nature earlier in December which used data up to August 24th. The update brings us up to November 15th, extends the age range down to 13 years from 16 years, and also includes results split by both sex and age (rather than just by sex and age separately) – the original study was especially criticised for omitting this breakdown, leading to allegations of concealing important findings for political purposes.

The authors note: “These findings have important implications for public health and vaccination policy.”

Indeed they do. In particular, given the low risk of Covid to males under 40, the extreme elevated risk of myocarditis from the Moderna vaccine means it ought to be suspended for use in males under 40 with immediate effect.