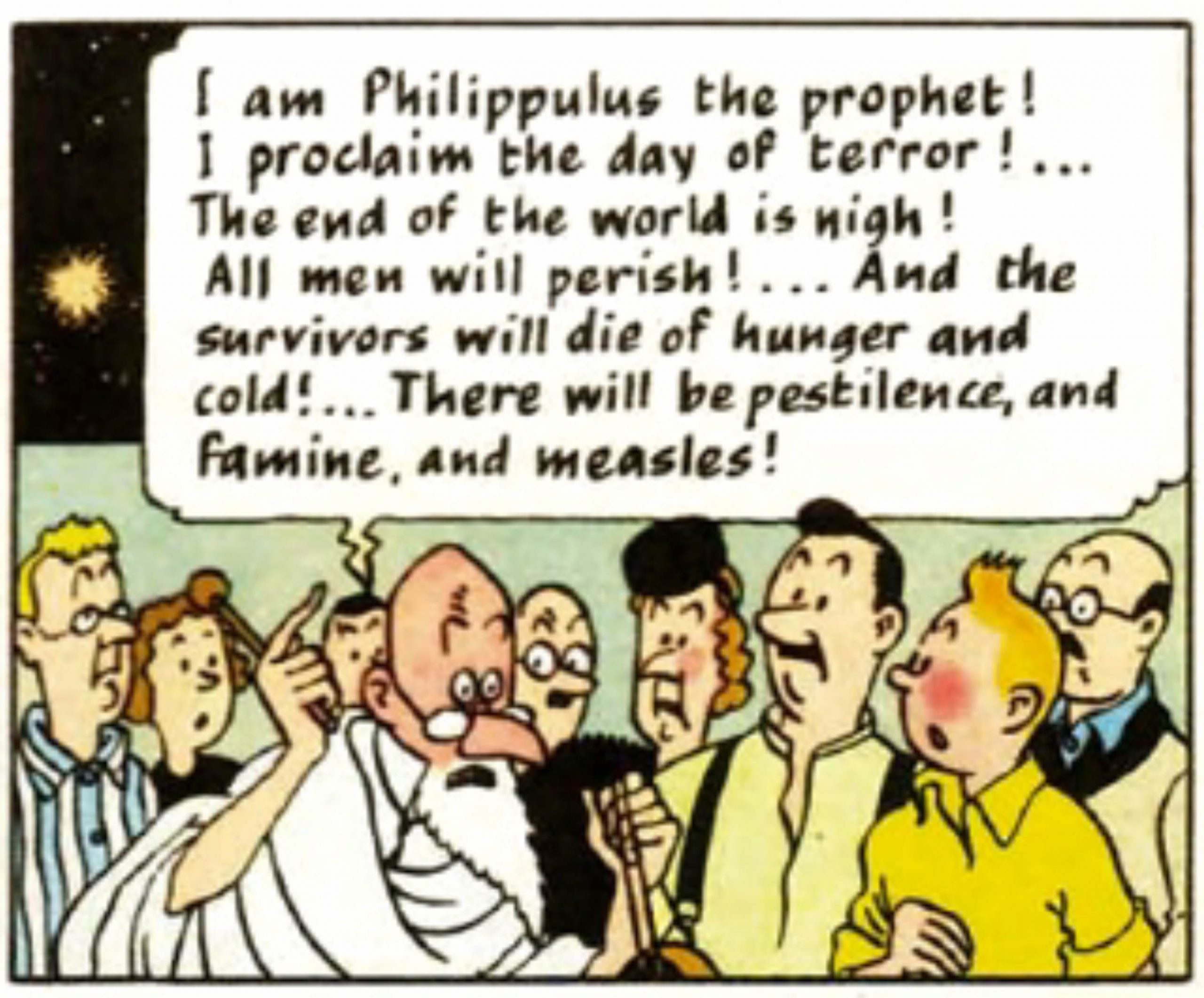 Boris could listen to the doom-mongers urging him to impose tighter rules after Christmas, just as Nicola Sturgeon and Mark Drakeford have done. The modelling team at the London School of Hygiene and Tropical Medicine predicts the number of daily Covid hospital admissions will rise to 7,190 in January, but that’s far from the most apocalyptic scenario. Not to be outdone, Neil Ferguson and his team at Imperial College have estimated that Covid deaths are likely to rise to 5,000 a day without further restrictions. Hardly surprising, given the virus’s “exponential growth”. According to the Prime Minister’s scientific advisors, the number of daily Omicron infections is doubling every two-to-three days. Or is it every two days? Or every one-and-a-half days? They’re certainly growing very, very quickly. And it isn’t just Chris Whitty screaming in Boris’s ear demanding he do something – anything! – to stop this tidal wave engulfing our beloved NHS. Health Secretary Sajid Javid told Parliament earlier this month that the number of new cases could exceed one million a day by the end of December. That’s in a week’s time. Crikey Moses!

Or Boris could look at the actual data, as several members of his Cabinet have been urging him to do. The data from South Africa suggesting Omicron is 80% milder than Delta. The data suggesting that, far from doubling every couple of days, the number of daily infections is plateauing. The data suggesting that, for whatever reason, the link between Covid infections and hospitalisations has been broken, with Covid hospital admissions remaining largely flat over the past two weeks in spite of the uptick in daily infections. The data on the length of time Omicron patients stay in hospital, with one South African study showing the average hospital stay had been reduced from 8.5 days to 2.8 days. The data – endlessly reproduced on this site – showing that non-pharmaceutical interventions do little or nothing to suppress Covid infections, with every wave following exactly the same trajectory, regardless of the severity of the restrictions, or whether any containment measures are imposed at all.

The reason this is such a momentous decision is because it will set the pattern for every subsequent response of the Government to the emergence of a new variant, of which there will be many. If Boris can hold his nerve over the next week or so and the Omicron fire shows signs of burning itself out without the need for any further measures, that will leave the gloomsters of SAGE looking very silly indeed. It will be obvious to everyone, even the most fanatical lockdown zealot, that they’ve been crying wolf. It might even permanently break the spell they’ve cast over the nation for the past 22 months.

But if Boris capitulates and imposes ‘Plan C’ – or whatever name he gives to another hodge podge of non-sensical, incomprehensible, completely pointless restrictions – and the Omicron plague fizzles out, Neil Ferguson et al will say, “See! We’ve saved the day once again. Just as well you listened to us, Prime Minister.”

On every previous occasion when Boris has been faced with a decision like this – should we lock down to prevent the NHS being overwhelmed by Covid patients? – he has capitulated. True, he didn’t listen to the crystal-ball gazers who prophesied armageddon if he lifted all restrictions on ‘Freedom Day’, but that was a different scenario and an easier decision because his scientific advisors and their outriders in the media hadn’t hit the panic button with quite the same shrill intensity as they have in the past couple of weeks.

But I’m more optimistic that this time he will hold firm, not least because senior members of the Cabinet are actually poring over real-world data for the first time instead of just reading SAGE’s memos. And even though the chorus of lockdown enthusiasts in the mainstream media is still in fine voice, the number of dissenters is growing by the day and includes a lot of people who’ve been keen on previous lockdowns, such as Christopher Snowdon, Dan Hodges and Tom Harwood. Even Owen Jones is now a lockdown sceptic! And the polls suggest the public is genuinely split over the merits of further restrictions – even leaning against for the first time. Are the people awakening from their slumber at last?

I hardly dare say it, but it feels like the tide is beginning to turn – that the points we lockdown sceptics have been making for the best part of two years are finally beginning to land. For what it’s worth, this site had 108,597 page views yesterday, the second highest it’s ever had and more than double the day before. Stick that in your “exponential growth” pipe, Professor Whitty.

Maybe I’m wrong to hope. God knows, it wouldn’t be the first time Boris has let us down. But this feels like one of those moments when the political plates suddenly start to shift. So keep the pressure up, dear readers. Write to your MPs, sign petitions, debunk irrational nonsense in the media with your incisive comments below the line, tell the triple-jabbed hysterics in your peer group flapping about ‘risky behaviour’ to belt up. Push hard enough and we may end up getting the best Christmas present we could possibly have – a decisive victory over the astrologers in lab coats.

Stop Press: In an earlier version of this piece I referred to SAGE scientists as “Cassandras in lab coats”, but as many readers have pointed out, Cassandra made accurate predictions that weren’t believed, which is the exact opposite of the SAGE modellers. I’ve therefore changed it to “astrologers in lab coats”.