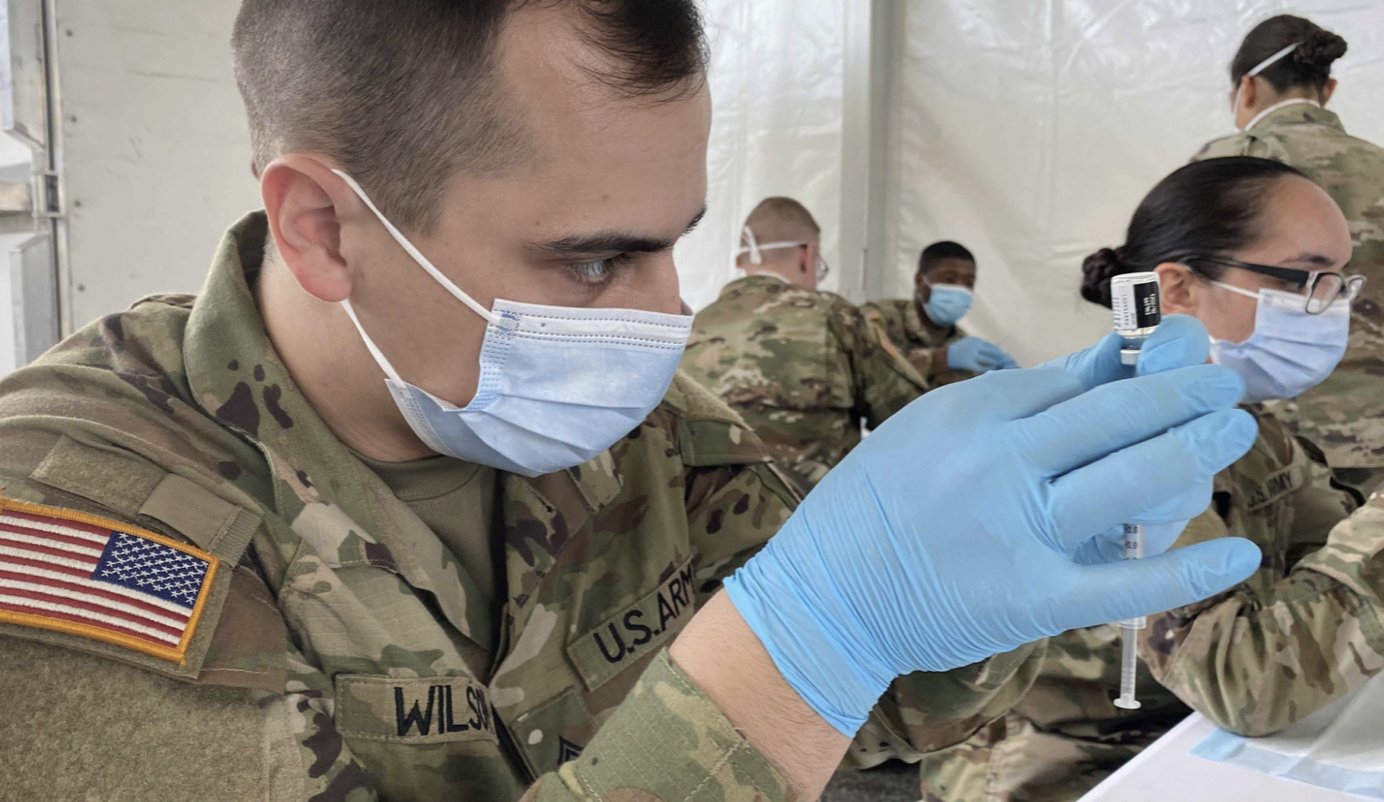 Depending on the service, U.S. troops have up to a couple of months or as little as just three weeks to get fully vaccinated before they are ordered out, but reports suggest that hundreds of thousands have still only had one dose of a Covid vaccine or no doses at all. RT has the story.

In August, members of the U.S. military services were informed that immunisation against Covid would be required as part of new directives from President Joe Biden. According to data analyzed in a Washington Post report, however, inoculation rates among America’s more than two million soldiers, sailors, airmen and Marines are lagging in many areas.

Deadlines for individual services vary, but many are facing a situation where only weeks remain to get thousands of personnel to agree to being jabbed. The Marine Corps and Navy are both facing November 28th deadlines, but the former has a 72% vaccination rate, while the latter has a much higher 90% rate. The Air Force, on the other hand, has just three weeks to get approximately 60,000 personnel fully jabbed.

The rate in the active-duty Army stands at 81%, though it’s the Army Reserve and National Guard that have truly lagged. Those branches, which number over 500,000 people, have vaccination rates of approximately 40%. Those on active-duty are facing a December 15th deadline, but Guard and Reserve members do not have to comply until June 30th. …

Some have questioned the military’s long deadlines, especially for the Guard and Reserve, and whether they will impact readiness. Rep. Ruben Gallego (D-Arizona) called the June deadline “jarring” and said it would leave room for thousands of troops to “not be deployable”. …

Military officials have previously stated that no soldier will be allowed to be on federal orders and to leave their home station without being vaccinated first.

It remains to be seen how many soldiers will actually defy the vaccine mandate – or what would happen to them if they do – but other industries are already seeing the impact, with hospitals and airlines reportedly facing staffing issues stemming from employees unhappy with vaccine mandates.