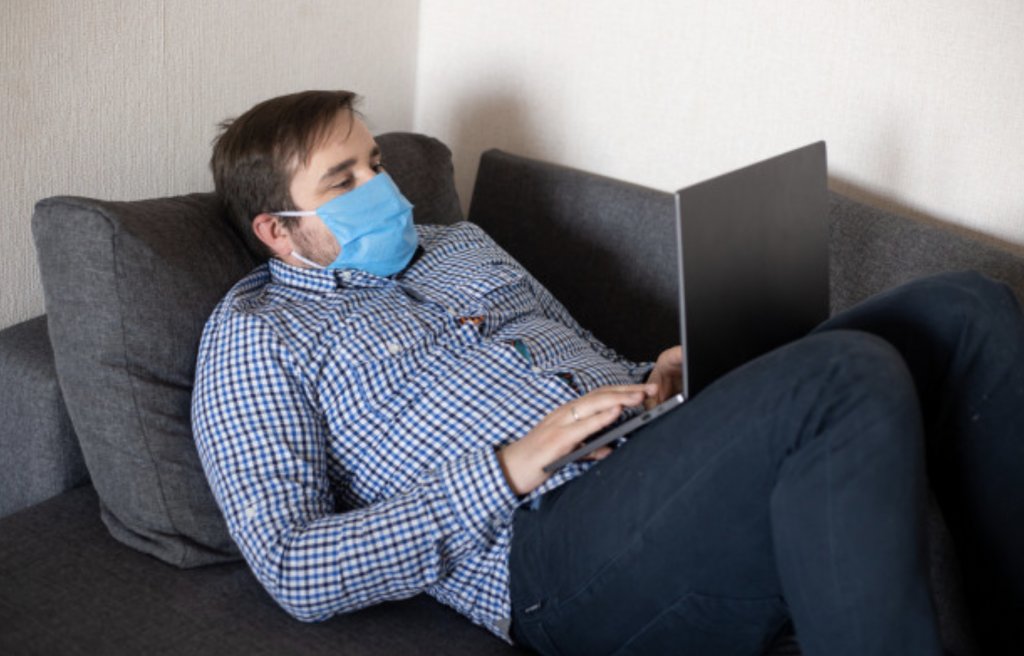 SAGE says ministers should be more precise about what could trigger ‘Plan B’ restrictions this winter and believes that telling the public to work from home again is one of the most effective measures it should prepare to reintroduce. The Times has the story.

SAGE noted that only about half the workforce had the option to stay at home but urged ministers to prepare for the “rapid deployment” of new measures if infections continue to surge.

Facemask mandates and vaccination passports are also options but are considered to be less effective.

The advisers have also urged Boris Johnson to decide what circumstances would trigger his ‘Plan B’. “Identifying early warning metrics and triggers for intervening is key to responding rapidly,” they said. …

New modelling from SAGE suggests that hospital admissions are unlikely to hit the peaks seen in January, when 4,000 people a day were admitted. But there are concerns that Covid cases could combine with a nasty flu season to drive hospitals closer to the edge.

“Even if peak [Covid] admission levels remain well below those of January 2021, this could still put health and care settings under significant pressure, particularly if this coincides with high numbers of patients with other respiratory infections,” SAGE advisers have told ministers in the past week.

It echoes past comments made by Sir Patrick Vallance, the Government’s Chief Scientific Adviser, who has said that the Prime Minister must “go hard and go early” with winter restrictions if there is a surge in cases. …

The SAGE documents also include the suggestion that a campaign, coupled with practical and financial support, may be needed to encourage people to stay home if they have cold or flu symptoms, even if they have a negative PCR test for the coronavirus.

The experts are concerned that the pandemic has entered a highly unpredictable phase where small changes in public behaviour, or the effectiveness of vaccines, could have a large impact. 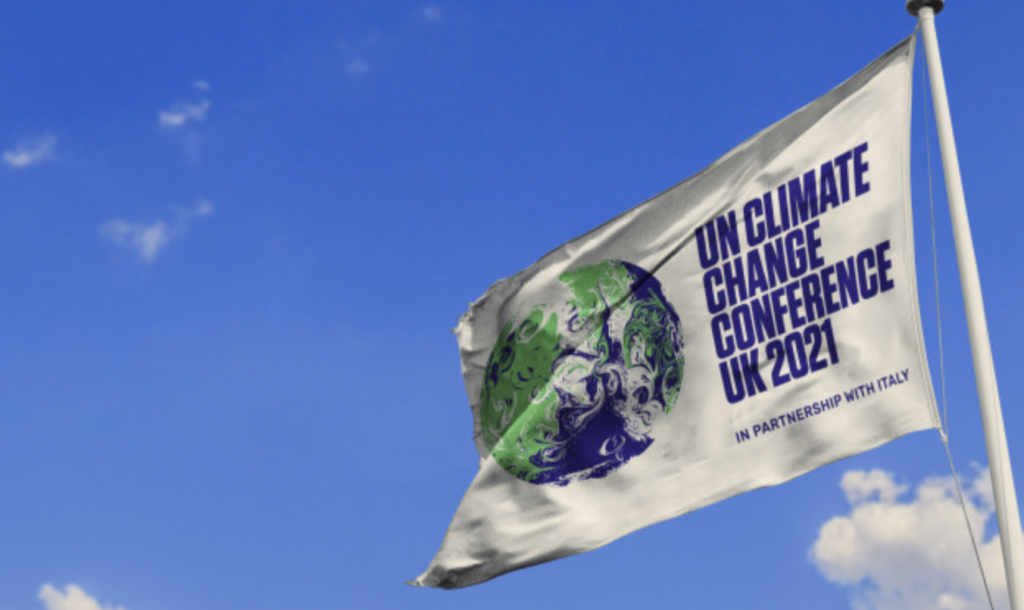 Hundreds of patients in Glasgow are having face-to-face hospital appointments cancelled or rescheduled ahead of the 2021 United Nations Climate Change Conference (COP26) which begins next week in the hope that this will help to clear up the roads. The Herald has the story.

NHS Greater Glasgow and Clyde said it would be increasing the number of virtual consultations and moving some face-to-face consultations to different times of the day in order to accommodate a “temporary increase in population” in the city over the two-week climate summit.

Patients began receiving letters over the past week notifying them of changes to their appointments.

It comes amid warnings that the event itself could trigger a fresh spike in Covid cases, piling preassure on an already overstretched NHS.

Health cheifs at neighbouring NHS Lanarkshire – where the majority of non-urgent elective surgeries have been paused since August – have now escalated its risk status to ‘Black’ and confirmed that a number of cancer procedures will be postponed. These will be rescheduled “as soon as possible”, they said.

One Glasgow patient with long Covid symptoms, who is due to see several specialists, told the Herald their face-to-face appointments had been changed suddenly to telephone consultations after months of waiting. …

[They said] that it was ironic patients were being switched to phone and video appointments to free up roads for climate deligates flying into Scotland who “really should have held their meetings virtually”.

To read more of the article without hitting a paywall, view the cover of today’s Herald here. 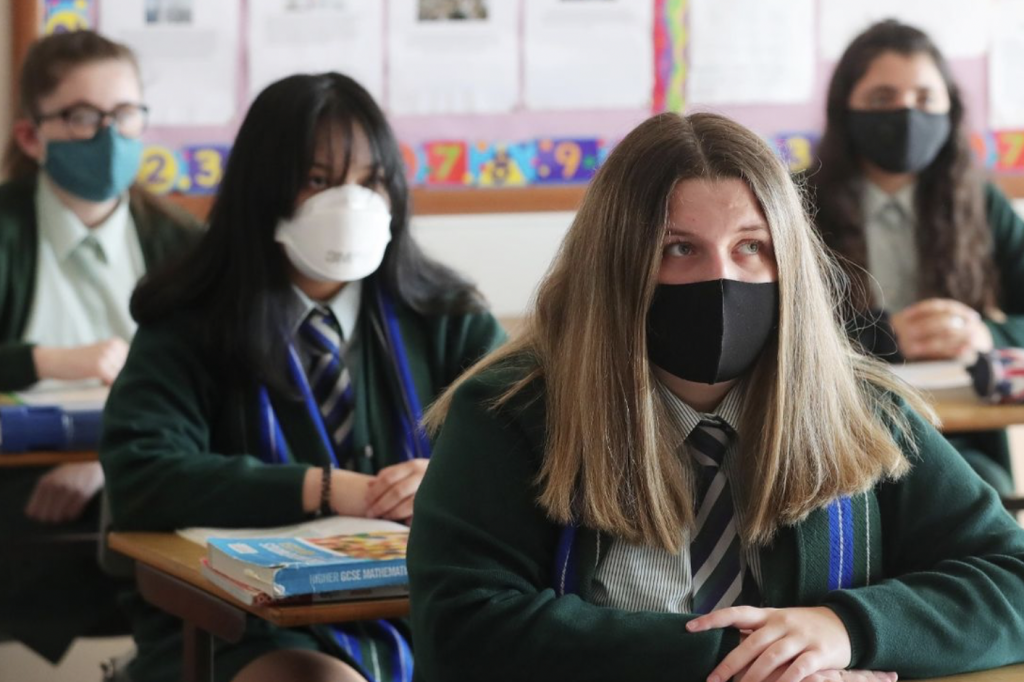 19 months on from the beginning of the pandemic and schools in England are still far from normal. Some have switched to remote learning ahead of the October half-term due to concerns about increasing ‘cases’ and now, 17 local authorities are insisting that stricter measures should be (re)introduced, affecting 1,098,349 pupils at 3,250 schools. The Telegraph has the story.

Councils across the country have reintroduced face masks, bubbles and staggered break times and stepped up self-isolation rules for youngsters. …

Headteachers have been told by ministers that many of the restrictions in place in the last academic year are no longer necessary. However, as cases rise in schools, local public health teams are increasingly encouraging schools to ramp up their measures. …

Nine Maidens Academy, in Cornwall, moved to remote learning at the start of the week, while Admiral Lord Nelson School in Portsmouth closed its doors on Thursday owing to a “rapid” rise in cases.

A dozen councils are advising secondary pupils in their area to wear masks in communal areas at school, and several have introduced more stringent self-isolation rules for children.

Union leaders have repeatedly called for more restrictions in schools, with Kevin Courtney, the Joint General Secretary of the National Education Union, claiming the Government’s failure to introduce stricter rules such as face masks is “irresponsible”.

The National Association of Headteachers has urged ministers to bring back rules that would see healthy children kept at home if a sibling tests positive.

But ministers have been warned that parents are “despairing” and their patience with the Government has “worn out”.

Molly Kingsley, a Co-Founder of the parent campaign group UsForThem, said: “Children have been disproportionately burdened by these pandemic restrictions for too long. Now adults are back to normal and the Government ought to be worried about the detrimental impact this is having on children. Parents are really despairing about this.”

Government guidelines say children should only self-isolate if they are showing symptoms or have a positive PCR test result. But councils including Calderdale, Cheshire East and Suffolk have brought back self-isolation rules for children if a sibling or other member of their household has tested positive.

Meanwhile, other councils say children need to self-isolate for three to five days if a family member has Covid, then take a PCR test and only return to school if it is negative. 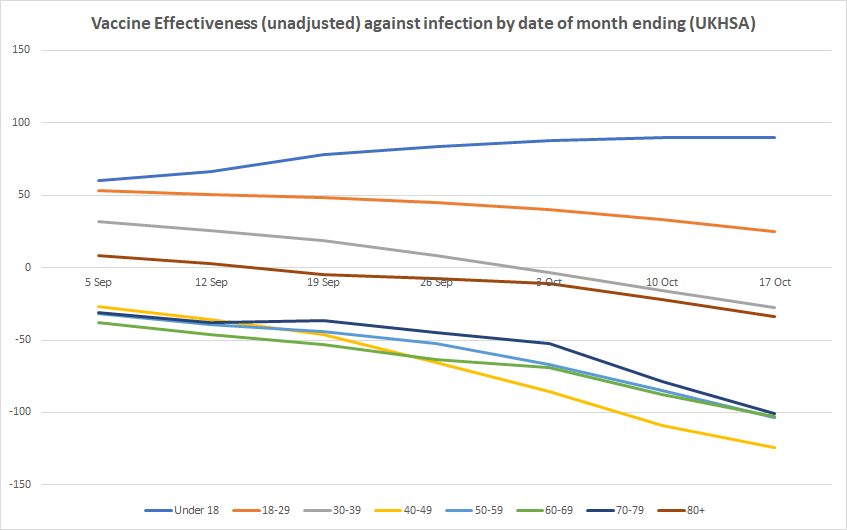 Another week, another Vaccine Surveillance report (now published by the U.K. Health Security Agency (UKHSA), the successor to Public Health England), and with it more worrying news on the vaccine front.

As Infection Rates for Vaccinated Aged 40-79 Hit Double the Rates in the Unvaccinated, the U.K. Health Security Agency Suggests that Vaccines May Hobble the Immune Response on InfectionRead More