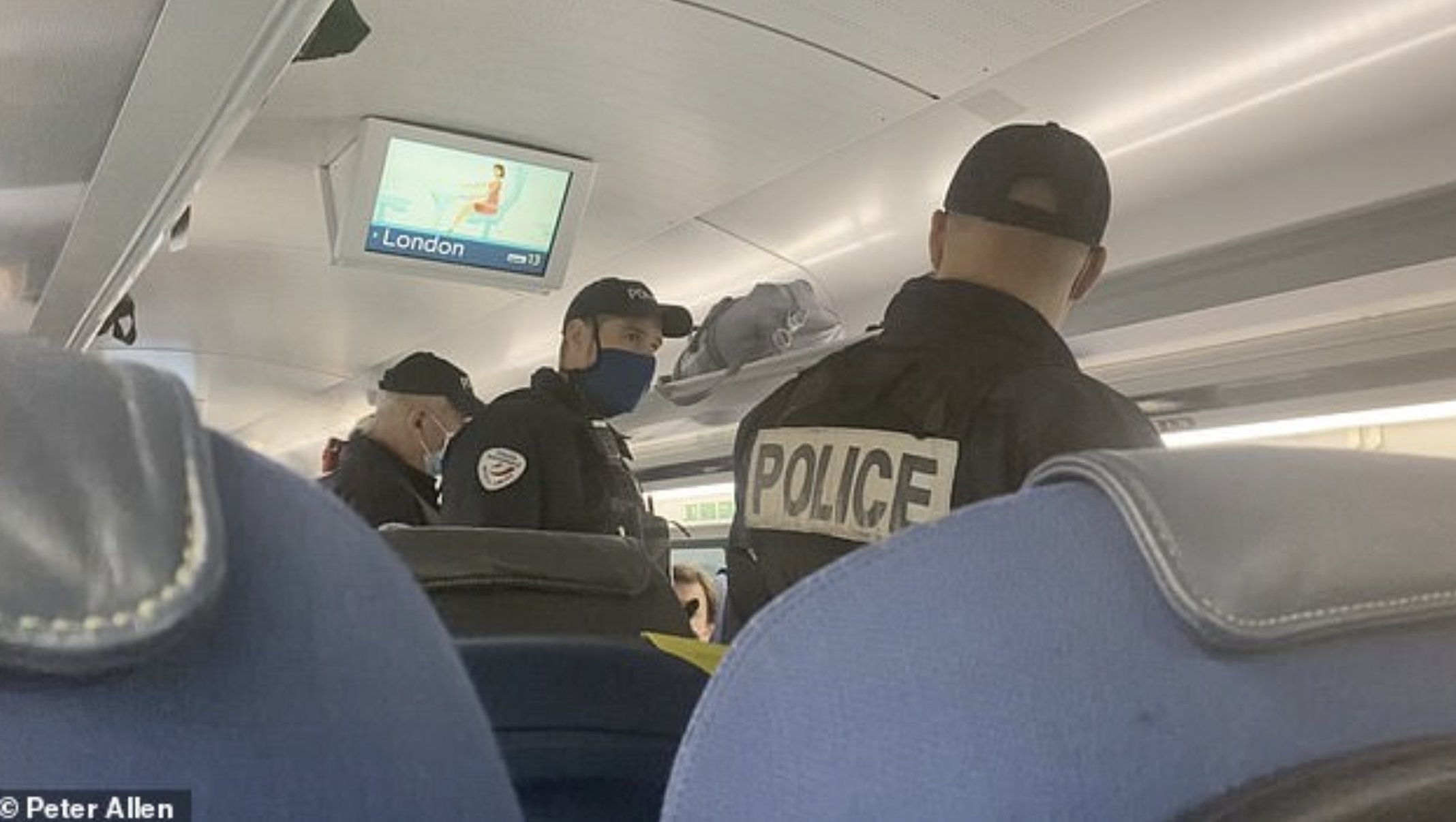 A British man travelling back to England from France on Eurostar on Thursday was surrounded by armed French police and left stranded in Lille after being reported by the service’s manager for wearing the “wrong type of mask”. MailOnline has the story.

Eurostar requires all passengers to wear a mask onboard but a spokesman today said that there were no rules specifying what kind of masks must be worn.

Other passengers on the service said that the female manager of the train took a dislike to the man after an exchange of words, and ordered the service to stop so he could be arrested.

“I’ve done nothing wrong and respect all Coronavirus rules – this is absolutely outrageous,” he said, as he was led away in front of other stunned passengers on Thursday afternoon. …

Other passengers then complained about the unscheduled, unannounced stop in Lille that caused a 15 minutes delay.

“Why is Eurostar stopping its trains, and delaying hundreds of passengers, because of a petty dispute over one man’s mask?” said one.

The female Eurostar manager, who remained on the train after the man was taken into custody, confirmed she had reported him for wearing the “wrong type of mask” for preventing the spread of Coronavirus. …

Within minutes of departure [from Paris] the Eurostar manager was involved in a heated argument with the man.

She accused him of not complying with health and safety regulations, and said the black mask he was wearing was not appropriate.

All Eurostar passengers are expected to wear masks at all times, except for when they are eating or drinking.

There was a buffet on the train, and many of the passengers in Coach 13 – where the man was sitting alone by a window in a two-seat row – had removed their masks completely as they had sandwiches and drinks with them.

Despite this, the manager berated the man, and then used a radio to summon another member of staff. …

The businessman… replaced his black mask with a standard blue one provided by another passenger. He apologised, and appeared to have escaped any further action.

But when the train got to Lille it made an unscheduled stop, and three armed officers boarded, while the others waiting on the platform. …

[Another passenger said:] “The Eurostar woman was telling the police what to do, and insisting that the poor guy should be removed, like he was some kind of criminal.

“He was actually being very reasonable, and not swearing or acting in any kind of disruptive way at all – everybody else was on his side, but he was marched off and we didn’t see him again.”

Flu Deaths Could Hit 60,000 this Winter Due to Lockdowns