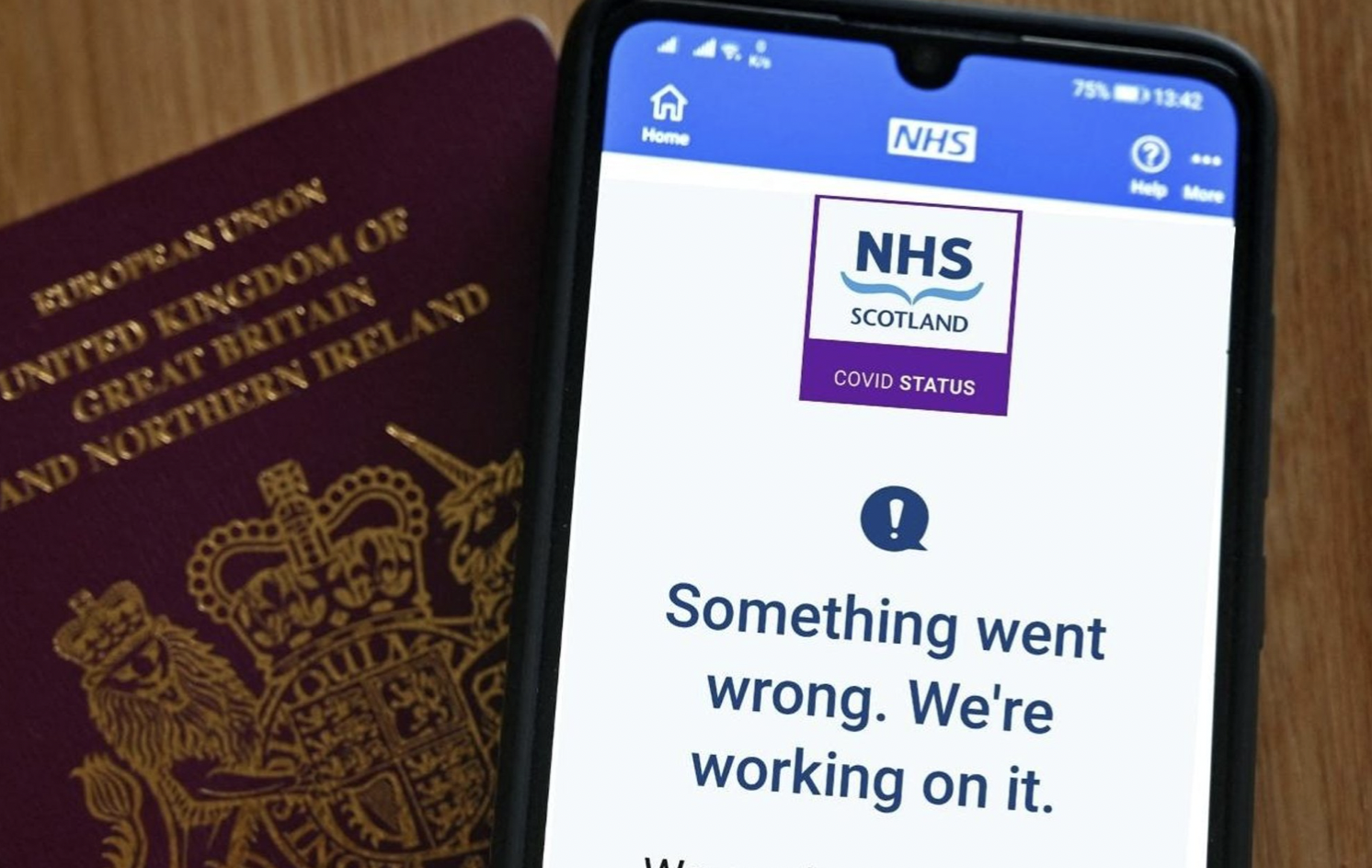 The Scottish Government’s vaccine passport scheme hasn’t exactly got off to a flying start. First, there were complaints that the NHS Scotland Covid app does not work and now a number of businesses have vowed to ignore the scheme altogether (for the moment, at least). The Telegraph has the story.

Hours after the rules came into force on Friday morning, the controversial scheme was thrown into disarray when Aberdeen FC abandoned plans to check fans’ vaccination status for Sunday’s fixture against Celtic, blaming “major problems” with a £600,000 app.

The Scottish Government warned the public on Friday morning that proof of vaccination was “now needed” to access nightclubs and large events such as concerts and football matches.

However, in a major reversal, Humza Yousaf, the Scottish Health Secretary, later claimed that nobody should be denied entry this weekend if they failed to show proof of vaccination, and admitted the widespread technical problems may take “days” to fix. …

Ms. Sturgeon announced on Tuesday that businesses would not be punished for failing to enforce rules until October 18th, so that they could test and “build confidence” in the system.

However, new laws came into force at 5am on Friday, and it was expected that the scheme would be operational this weekend on a trial basis.

Aberdeen FC, along with Rangers and Hearts, had originally said fans must prove they had been vaccinated this weekend to gain access to stadiums, despite the enforcement delay. However, Aberdeen said it had scrapped the system for tomorrow’s fixture and that “nobody will be asked to show proof of vaccine”.

The club complained that its ticket office had been inundated with fans worried they would be turned away because they were unable to get the app to work.

Rangers and Hearts also confirmed that nobody would be refused entry to fixtures this weekend. …

Stephen Montgomery, spokesman for the Scottish Hospitality Group, said many nightclubs would scrap plans to use the technology this weekend.

“How can businesses check what people can’t get?” he said. “Clearly the delay in enforcement until the 18th was because this wasn’t ready. This really is farcical.”