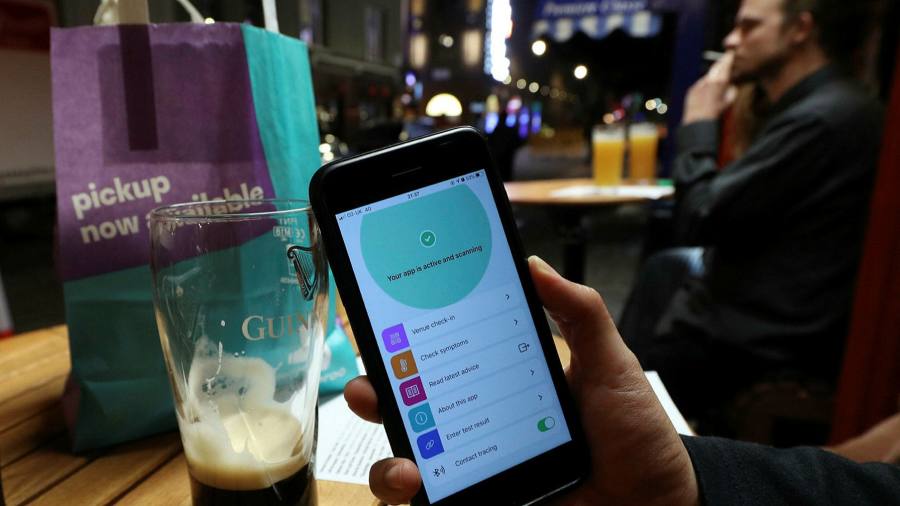 The number of people ‘pinged’ by the NHS Covid app has reached a record high for the third week in a row. In the week up to July 21st, 689,313 ‘pings’ were sent out by the app – over 70,000 more than were sent the week before. It remains to be seen whether the number of ‘pings’ recorded in the week up to July 28th, which saw reported ‘cases’ fall every day but one, will be lower than in previous weeks. Sky News has more.

The alerts tell people they have been in close contact with someone who has tested positive for Covid.

The new number was recorded in the week up to July 21st and is an 11.4% increase on the week before. …

Businesses in all sectors have complained that they are struggling to maintain operations when so many staff have been told to stay at home to break the transmission.

The Government has said that some essential workers can now use daily testing to avoid having to isolate.

The car industry has joined calls for the Government to bring forward the date for exempting fully-vaccinated adults from self-isolation rules.

It comes after a slump in production blamed on the so-called ‘pingdemic’.

Stock levels in relation to expected sales across the distribution sector reached a new record low this month, according to a key business survey.

Retailers are fretting over supplies and staffing as a result of the number of people being pinged.

Neither Zero Covid nor Vaccinations will Allow us to Return to Normality: We Must Learn To Live With Covid