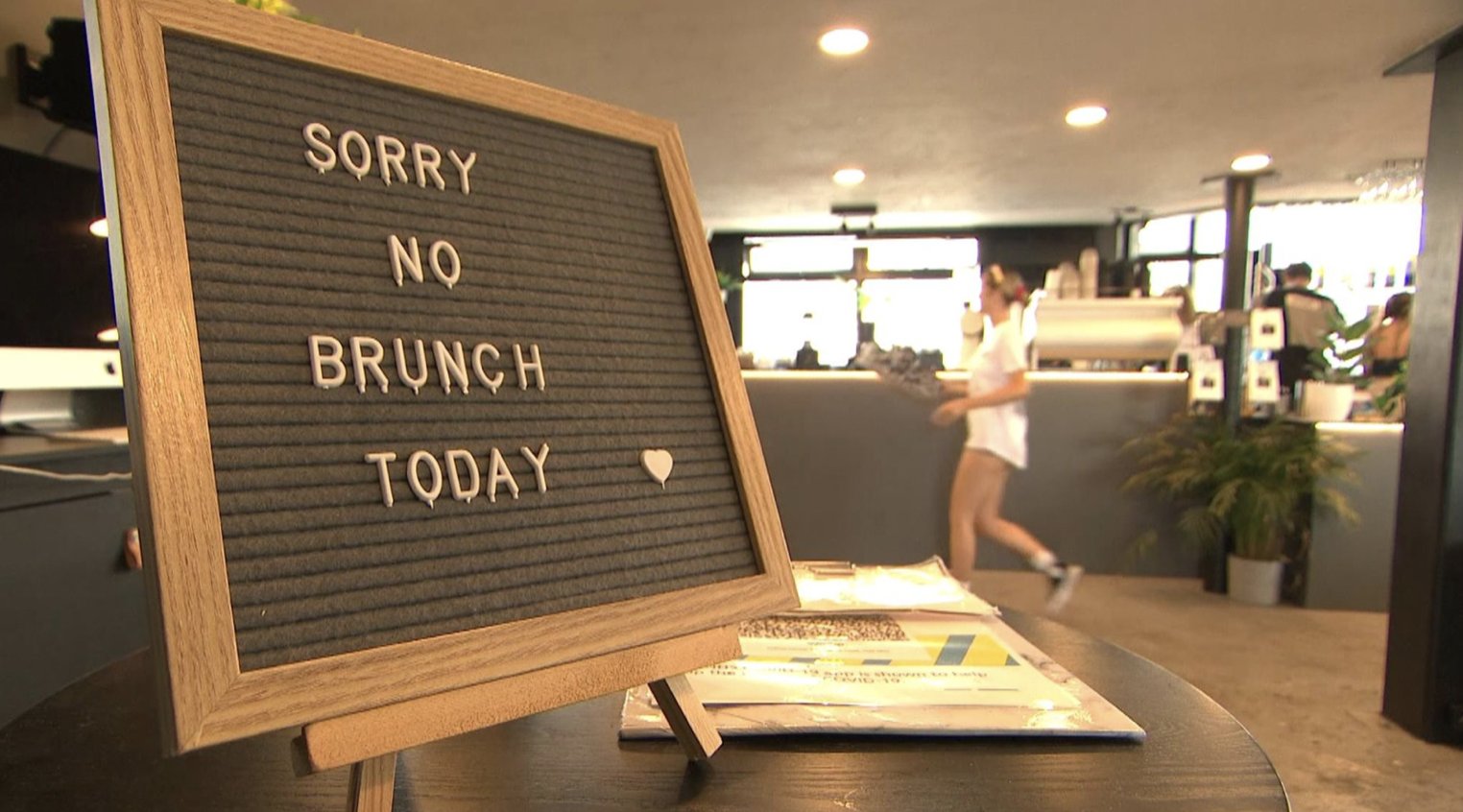 After missing out on so many months of business, the domestic holiday industry had pinned its hopes on this crucial summer season to make up for lost time. But while “Freedom Day” has been reached and lockdown has officially ended, hotels, theatres, cafes and other related businesses are still being forced to close because of staff shortages caused by the “pingdemic“.

Holiday officials in Devon say “we’ve got a crisis” – one that has come at a crucial time and, as such, is having a “devastating impact”. Despite this, the Government has ruled out exempting staff in the hospitality and retail sectors from self-isolation rules. Sky News has more.

As the school holidays begin, [Devon] is predicting a record number of visitors – up 20% on a normal year.

But there are concerns about whether the industry can deliver what tourists need – with many bookings and reservations being cancelled.

“We’ve got a crisis. It’s a crisis that’s come at a critical summer for us. It is resulting in an extreme shortage of staff at very short notice. It’s having a devastating impact which is presenting an urgent situation that is forcing many businesses to actually close in high season,” says Carolyn Custerson, the Chief Executive of English Riviera Bid Ltd which represents the tourism industry in Torbay. …

“This was going to be the summer of a golden opportunity, not just for the English Riviera but the whole of the U.K. because people are taking staycations because they can’t holiday abroad.

“If we don’t sort out what is happening by introducing a test and release process which is what I have been lobbying for, then we will see more and more closures that will impact visitor expectation and their desire to return and that is what I’m most concerned about.” …

More than a dozen businesses have had to close in the last week due to staff shortages.

The WeSup bar and café on Torquay harbour has been forced to shut its kitchen.

“Our customers are so confused,” says owner Sean White.

“The Government and media say we’re coming out of lockdown, hurrah! But actually, they come to a premise like ours and it feels worse than ever – we’ve got no opportunity to supply the product we are supposed to sell.” …

At Babbacombe Theatre, the summer show is ready with a cast of dancers, singers and comedians on the payroll.

But they’ve had to cancel all performances this week as the whole cast is having to isolate. …

Other tourist attractions are at risk of closing.

Kents Cavern – a network of prehistoric caves underneath Torquay – has had three staff ‘pinged’ in the last week.

Owner Nick Powe told Sky News any plans for relaxation in the isolation rules in August will be too late. …

While tens of thousands of tourists are arriving and enjoying the riviera, businesses are concerned that a much-needed summer recovery could be hampered yet again by rising cases and the very technology [that is said to be] protecting us.

Why is This Government so Wedded to the Ruinously Expensive and Completely Useless Test and Trace Programme?

Only 1.6% of Schoolchildren Forced to Self-Isolate For 10 Days Went on to Develop Covid