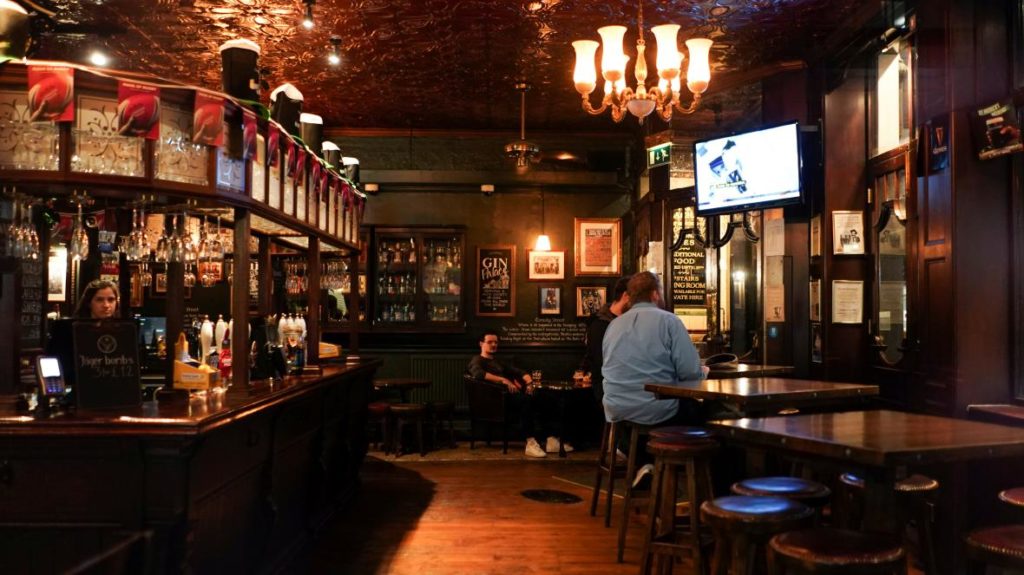 Around 17 million pints would be sold in pubs on Sunday during the Euro 2020 final if it wasn’t for the continuation of social distancing restrictions. Instead, nearly 13 million are expected to be sold, according to the British Beer and Pub Association (BBPA), as pubs across the country struggle to break even. The Guardian has the story.

Billed as the closest thing to being in the stadium itself, sales in bars or pubs showing sport are usually 200-300% higher on big match days during a normal year. However, capacity constraints mean although sales during Euro 2020 are up about 60% on match days, that is only in comparison with poor takings over the past Covid-hit [lockdown-hit] year.

“We are seeing an uplift in drinks sales on match days but because of capacity constraints it is nowhere near as much as it would usually be,” said Kate Nicholls, the Chief Executive of industry trade body U.K. Hospitality. As a rule, pubs were only taking 70% of their usual sales which was not enough to break even, she said.

In Norwich, Dawn Hopkins said her pub, the Rose Inn, will be full, although at the moment that means just 30 customers. “We are obviously fully booked,” she said. “I’ve been turning away people for weeks who want to watch the football but social distancing and the need to be seated limits our capacity. I think everybody’s grateful to be trading again but it’s still very difficult.”

The BBPA estimates nearly 13 million pints will be sold on Sunday, with 7.1 million during the match itself. That total would be nearer 17 million but for Covid restrictions, which mean venues are at 50-60% of normal capacity.

Fuller’s, a pub owner in London and the south-east, said most of its 209 venues were fully booked on Sunday but it could have “taken a lot more” were it not for the “disappointing” restrictions. “It has brought people together though and pubs are the next best thing to being there,” the company added.

Greg Mulholland, of the Campaign for Pubs organisation, said the Euros had brought welcome extra trade but pubs were struggling, with table service challenging and costly. Some landlords said they had been warned by licensing officials they could be fined if fans got carried away, and he hoped the authorities took a “common-sense approach”.

Vaccine Passports WILL Be Needed in Bars, Restaurants and Clubs in a Push to Get the Young Vaccinated