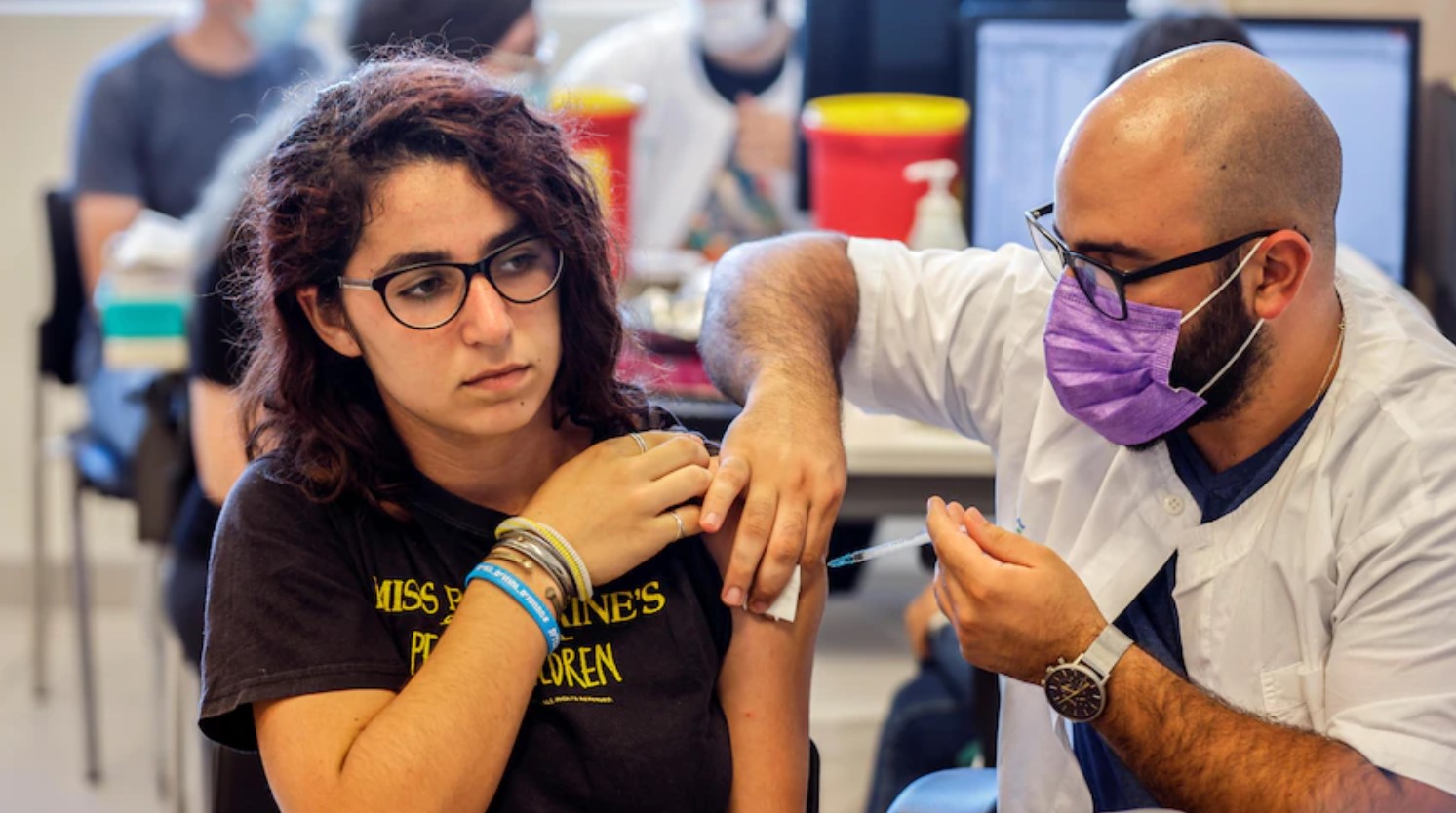 As infections have surged in Israel in the last few weeks, the Israeli Government reports that the effectiveness of the Pfizer vaccine against infection has dropped to 64% from 94% the previous month. However, its effectiveness against serious disease is holding up. The Telegraph has more.

The vaccine had a 64% efficacy rate from early June until early July, the latest figures show, down from 94% a month earlier. The decrease coincides with a period in which the government reversed coronavirus restrictions and the delta variant spread through the country.

But the vaccine is still conferring strong protection against severe symptoms of the virus, with hospitalisation rates remaining low. The ministry’s data shows the vaccine’s efficacy in preventing hospitalisation was 93% from June 6th to July 3rd, compared to a 98% rate in the previous period.

On Monday, Israel reported the highest rate of new infections since the start of its most recent outbreaks, with the ministry recording 343 new cases over the past 24 hours.

Over half (55%) of the new infections are in fully vaccinated people, according to recent data. Since the country has fully vaccinated about 60% of the population, this suggests the vaccine is not protecting from infection very much at all (less even than the new stated efficacy figure of 64%). This is particularly so given that most of the infections are likely to be in socially and economically active younger people (like they are in the U.K.) who have lower vaccination rates, so that the vaccinated may even be suffering disproportionately more infections than the unvaccinated (the data is currently unavailable to confirm this).

The pattern of outbreaks in highly vaccinated countries such as Bahrain, Seychelles, Maldives and Chile and the fact that the vaccines don’t produce mucosal IgA antibodies has suggested for a while that their effectiveness against infection may have been exaggerated in studies. The idea that the IgG antibodies they produce in the blood should protect against progression to serious illness makes more sense and it is reassuring to see this data holding up.

The Israeli Government is now discussing the need for a third booster shot, and Pfizer CEO Albert Bourla has said people will “likely” need a third dose within 12 months of getting “fully vaccinated”. The Government may also consider limiting gathering sizes and reintroducing the controversial “Green Pass” vaccine apartheid system.

However, if a highly vaccinated country like Israel cannot return to normal without constant threat of new restrictions you have to wonder if anyone can. At some point leaders will need to accept that they have done all they can to guard the vulnerable against serious illness and death and remember that there is more to life than avoiding COVID-19.

Stop Press: The Centers for Disease Control and Prevention (CDC) is now investigating the death of a 13 year-old American boy who died a few days after receiving his second dose of the Pfizer Covid vaccine.