Matt Hancock Should Have Been Sacked for “Lying to Everybody on Multiple Occasions”, Says Cummings 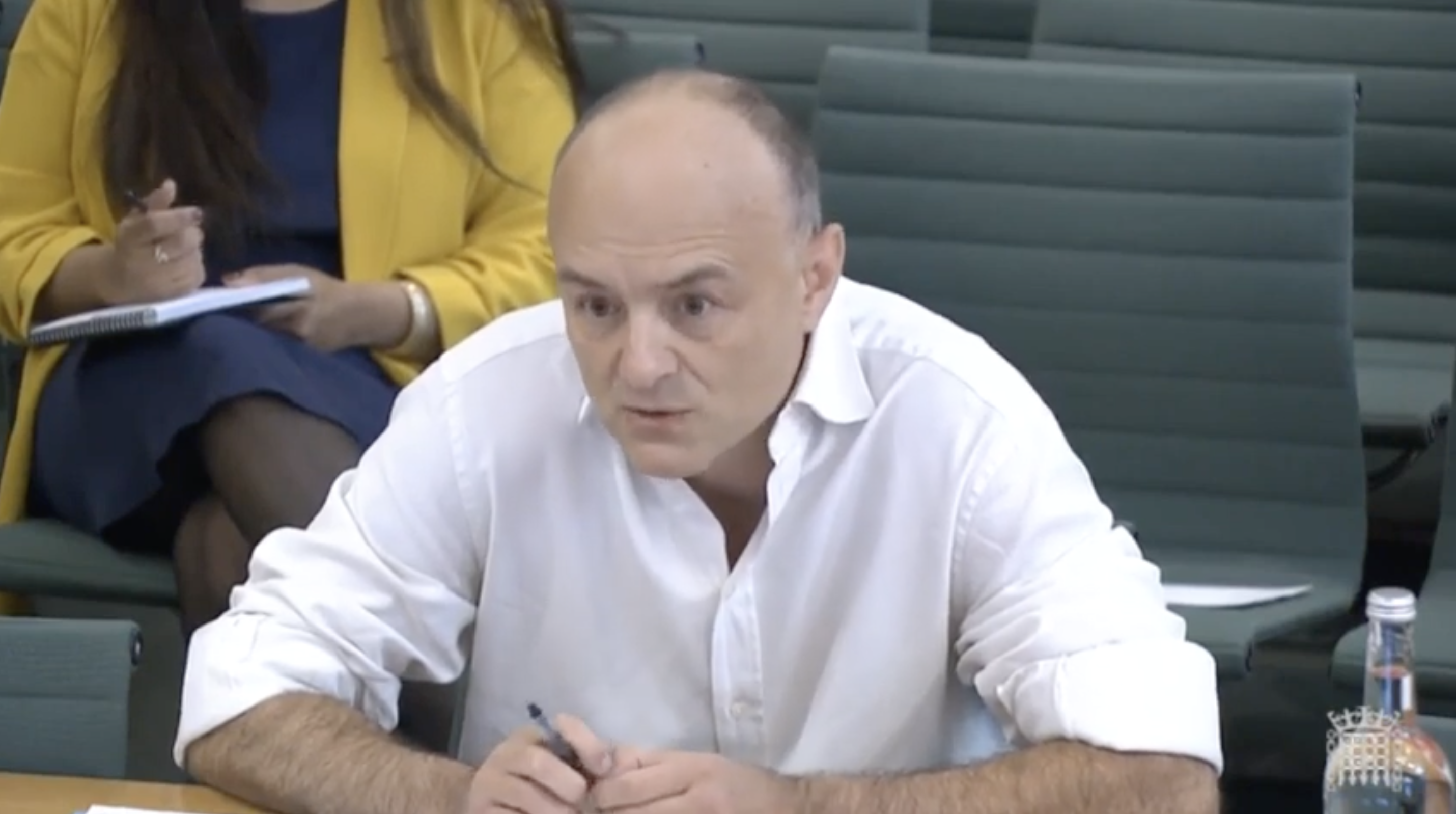 Dominic Cummings, the Prime Minister’s former Chief Aide, began his appearance in front of a joint meeting of the Science and Technology Select Committee and the Health and Social Care Select Committee today by apologising for his own mistakes relating to the Government’s response to Covid and for falling – alongside ministers, advisors and other officials – “disastrously short of the standards that the public has a right to expect… in a crisis like this”.

It didn’t take long for Dominic’s attention to turn to the failings of others. Perhaps his most eye-catching assertion was that Health Secretary Matt Hancock should have been sacked “for at least 15 to 20 things”, including “lying to everybody on multiple occasions”. The MailOnline has more.

He accused the Health Secretary, among other things, of overplaying the U.K.’s readiness for a massive infectious disease outbreak early last year.

And in a gobsmaking [sic] personal attack, which even took the MPs on the Commons Health and Social Care and Science and Technology Committees by surprise, he today said: “Like in much of the Government system, there were many brilliant people at relatively junior and middle levels who were terribly let down by senior leadership.

“I think the Secretary of State for Health should’ve been fired for at least 15, 20 things, including lying to everybody on multiple occasions in meeting after meeting in the Cabinet room and publicly.

“There’s no doubt at all that many senior people performed far, far disastrously below the standards which the country has a right to expect. I think the Secretary of State for Health is certainly one of those people.

“I said repeatedly to the Prime Minister that he should be fired, so did the Cabinet Secretary, so did many other senior people.”

Mr Cummings said one of Matt Hancock’s lies was that everybody got the treatment they deserved in the first peak when “many people were left to die in horrific circumstances”.

Asked to provide evidence of the Health Secretary’s lying, the former Chief Aide to the Prime Minister told the Commons committee: “There are numerous examples. I mean in the summer he said that everybody who needed treatment got the treatment that they required.

“He knew that that was a lie because he had been briefed by the chief scientific adviser and the chief medical officer himself about the first peak, and we were told explicitly people did not get the treatment they deserved, many people were left to die in horrific circumstances.”

Mr Cummings said that assurances given to him by Mr Hancock in January last year that pandemic preparations were brilliant “were basically completely hollow”.

Other points made by Cummings relating to the Government’s Covid response were highlighted by Toby last night, and Sky News has since produced a handy report on the main allegations made in the session.

The MailOnline report is also worth reading in full.

Stop Press: Freddie Sayers of UnHerd has written about Dom’s fantasy version of events: that he invented lockdown.

Stop Press 2: Having watched DC’s testimony, Ross Clark says in the Telegraph that it’s just as well he’s out of Government because his contempt for democracy was palpable.

Stop Press 3: A senior Tory has told the Telegraph that Hancock is now the Cabinet member least likely to be moved in the coming reshuffle.

Dominic Cummings might be gunning for Matt Hancock – but that doesn’t mean he is at risk from a demotion at the next reshuffle if the word in Westminster is to be believed.

One senior Tory tells me: “Matt Hancock has now got the safest role in govt – Boris won’t sack him now.”

That’s not to say the claims aren’t being believed. “[Matt] can exaggerate,” says the MP. “He hears things are possible and then tells you that it is already happening. It’s v plausible.”

But he is safe because the Prime Minister “won’t admit Cummings is right… it would show weakness if Boris did it now”.

“And Hancock is the shield for the boss,” the backbencher adds.

Taken from the Telegraph‘s live blog of Cummings’ testimony.

Department for Education Is “Surprisingly Resistant” to Investigating the Failures in Its Covid Response, Says New Report