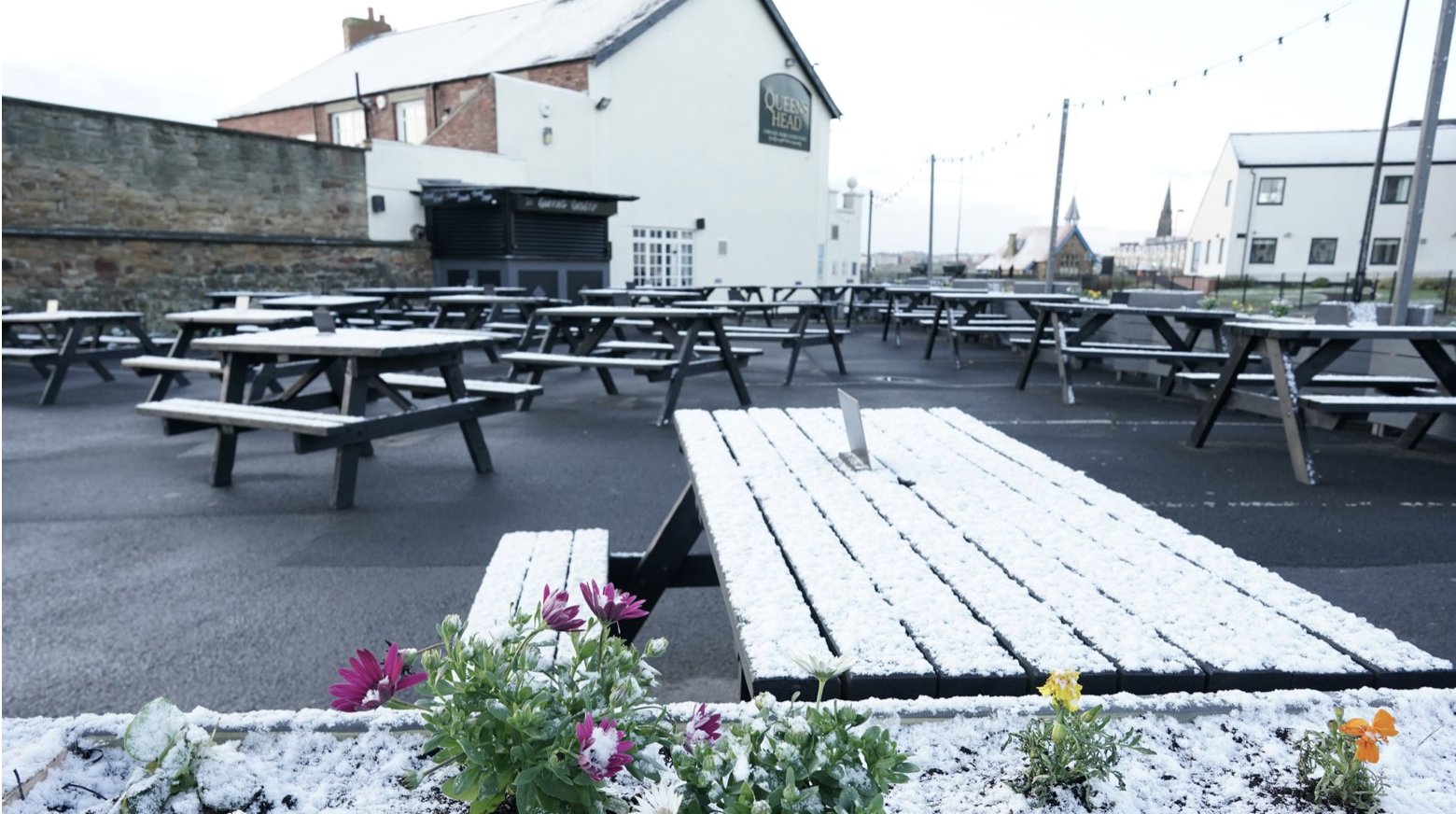 As if Government restrictions around the reopening of pubs and restaurants weren’t onerous enough, customers in many parts of the UK will have to endure snow, sleet and single-digit temperatures if they want to enjoy their “freedoms” outdoors. The Met has forecast sunshine in some areas, but “wet and wintry” weather elsewhere.

The Guardian has the story.

The lifting of lockdown restrictions to allow people in England to use pub beer gardens and dine in the outdoor areas of restaurants is being met by snowfall, as a spring cold snap hits.

The inclement weather will come as a blow to thousands of businesses that were hoping to welcome back customers on Monday after months of restrictions.

Met Office forecasters said southern England and much of Wales could expect outbreaks of rain, sleet and some snow, although this was predicted to clear through the morning, leaving sunny intervals and scattered showers.

Elsewhere in the UK, people were told to expect sunny periods and isolated wintry showers. The Met Office said temperatures were not expected to rise beyond single figures celsius. …

A number of pubs with 24-hour licences opened as soon as they were allowed. The Kentish Belle in south-east London opened at one minute past midnight on Monday until 3am. In Newcastle, the Switch bar and the Bank did the same, despite temperatures dropping below freezing.

Boris Johnson said people should enjoy the new freedoms but remain wary of the risks. In a message hailing the latest stage of lockdown lifting, the Prime Minister said: “Today is a major step forward in our roadmap to freedom as venues such as shops, hairdressers, nail salons, outdoor attractions, and pubs and restaurants open once again.”

The Prime Minister has stressed the importance of “fresh air” as a preventative measure against Covid. We’ve certainly got plenty of that. But with nearly 40 million people vaccinated and a steep decline in Covid cases – the fastest decline in the world – why can’t our reopening go at least one step further and allow hospitality venues to open indoors?

Stop Press: A photo of two customers at a bistro in Surrey eating outdoors this morning illustrates the “new reality” of outdoor dining.