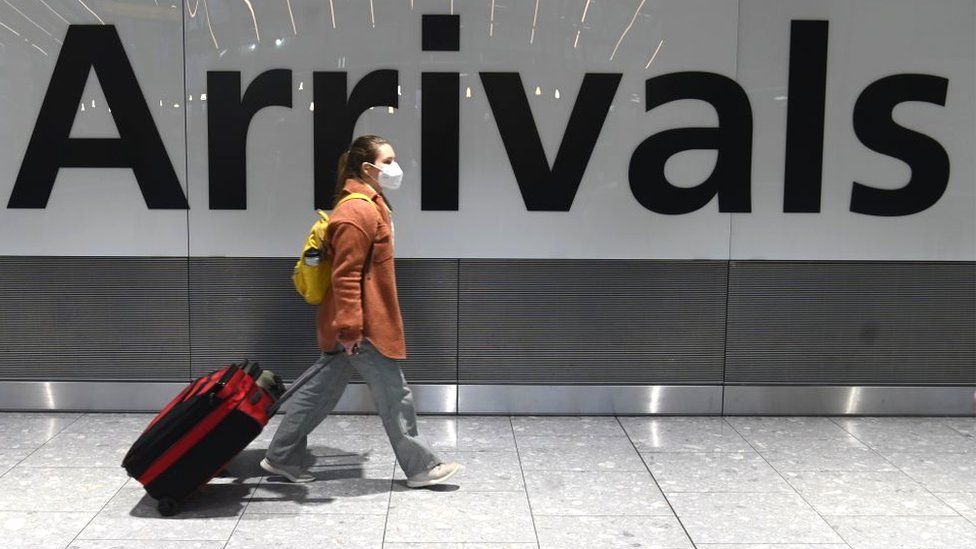 While the rules on travelling abroad have recently been made even tougher for Brits, thousands of foreign tourists are arriving in the country every day. Hundreds of these are arriving on tourist visas issued by the Home Office. The Times has more.

One visa was granted to a tourist from Peru who said on their application form that the reason for their trip to the UK was to “visit Big Ben”.

Of the roughly 20,000 people arriving every day about 40%, or 8,000, are tourists, according to figures compiled by Border Force staff.

At Gatwick and the Eurostar terminals, as many as 80 to 90% of arrivals are tourists. In contrast, the proportion of tourists among arrivals at Heathrow is estimated to be about 20 to 30%.

New Covid rules which came into force at the end of last month make it illegal for Brits to go to an airport without a “reasonable” excuse. Rule breakers face fines of £5,000. Lucy Moreton, of the Immigration Services Union, has said that the arrival of thousands of tourists into Britain each day, set alongside this ban on Brits holidaying abroad, is “deeply unfair”.

It causes immense distress to Border Force staff to be constantly granting entry to individuals for reasons that would be impermissible for a UK resident. It’s deeply unfair for staff who cannot visit their own family in the UK or abroad who will be fined for doing so from this week to be seeing these numbers of arrivals of people coming to visit family in the UK, let alone go on holiday in the UK.