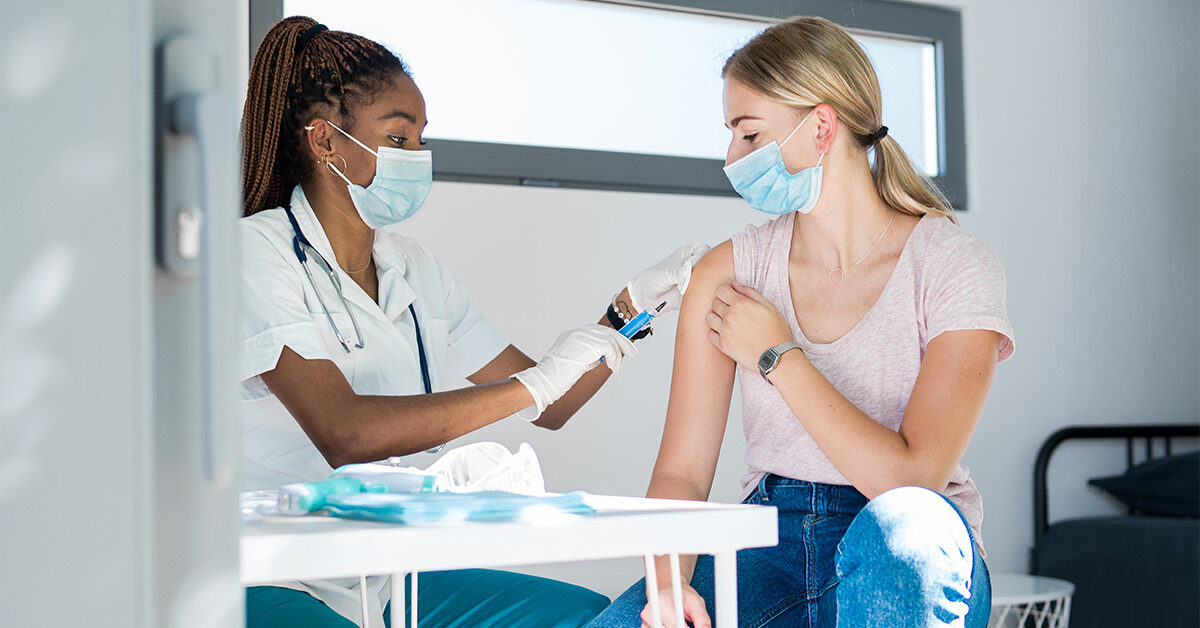 Younger people – particularly young women – may turn down the AstraZeneca vaccine because of fears about blood clotting, health officials have warned. Thirty blood clot cases were recorded after the first 18 million doses of the jab. Two-thirds of patients with these rare conditions are female. The Observer has the story.

Health officials are becoming increasingly worried that younger people will reject Covid jabs as concerns about the AstraZeneca vaccine continue to grow. A total of 30 cases of rare blood clots have been linked to the jab in the UK, resulting in seven deaths. Eighteen million doses of the vaccine have been administered so far.

It is feared that younger women will be particularly anxious and may refuse to accept the vaccine because two-thirds of patients with these types of blood clots are female.

The link with blood clots, known as cerebral venous sinus thrombosis, CVST, has led Germany and the Netherlands to halt giving the vaccine to people under 60. However, the European Medicines Agency has said there is “no evidence” to support such restrictions, while the WHO has also urged countries to continue giving the jab.

Professor Paul Hunter, of the University of East Anglia, said that it was not uncommon to get clusters of rare events purely by chance. “But once you find that cluster in one population and it then crops up in another – such as previously in the German and now in the English – then I think the chances of that being a random association is very, very low,” he said.

“Clearly more work needs to be done, but I think the evidence is shifting more towards it being causally related at the moment.” However, he added that the risks of taking the AstraZeneca vaccine were still far outweighed by the risks of not getting it.

Faith in the AstraZeneca vaccine has fallen on the Continent because of reports of blood clots. A recent survey suggested that concerns about the AZ jab are now widespread in Denmark. More Danes would decline to get an AZ vaccine than would refuse to get a Covid jab altogether, highlighting that lower take-up is not simply the product of general vaccine scepticism. Reuters reported:

British officials fear that the same concerns may be emerging here.

The Observer’s report is worth reading in full.