Pseudo-Epidemic in France and Sweden as Deaths Drop Below Average 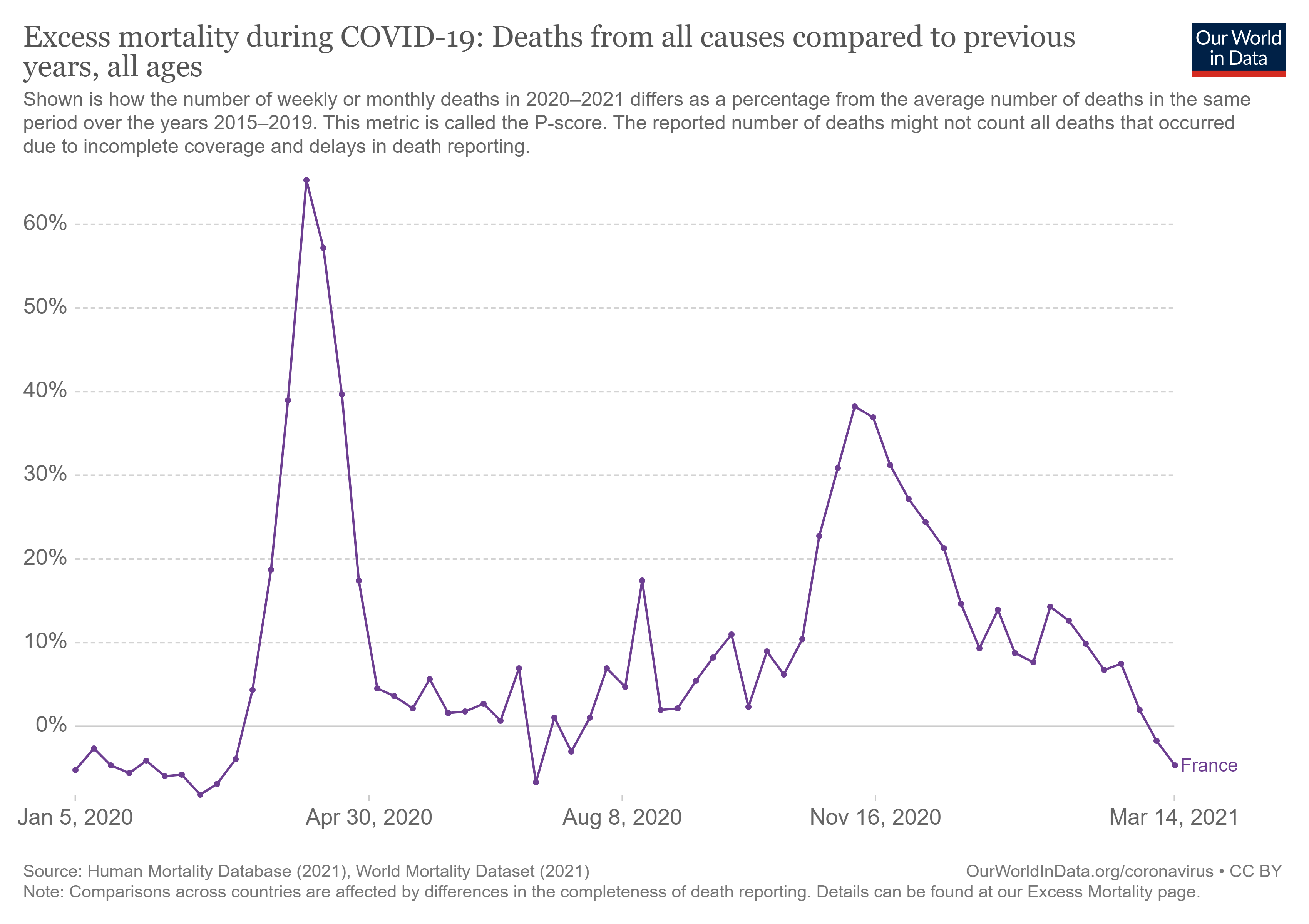 Despite the clear evidence from America of states without restrictions experiencing no worse (and often better) outcomes than states with restrictions, the case for lockdowns continues to be pressed, with proponents pointing to the surges in France (which has just entered another lockdown) and across Europe, as well as in Brazil. But are things actually as bad as they’re claimed by the lockdown zealots?

Europe’s spring surge, which appears to be easing off now, has been driven in part by an increase in testing. France, for instance, has been spiking in positive cases.

But it is also ramping up testing.

Covid deaths follow a similar pattern to positive cases, including the recent spike due to increased testing.

However, overall deaths (from all causes) are currently below average, suggesting the Covid deaths are mostly expected deaths and France is currently experiencing a pseudo-epidemic created by over-testing (though no doubt there is real Covid in the hospitals putting pressure on ICUs, especially in Paris).

In Sweden, positive cases have been rising sharply since February.

However, so has testing, and the positive rate is flat.

ICU admissions had a bit of an upswing during the same period, but seem to be settling now.

However, deaths are flat.

Furthermore, excess deaths (from all causes) are through the floor, hitting -18% in early March, and -8% as of March 14th.

‘Cases’ spiking but positivity flat, ICU admissions high but excess deaths negative. Smells like another pseudo-epidemic to me.

Brazil, on the other hand, is definitely suffering from a real outbreak, with both high Covid deaths and excess deaths. However, it’s a big country and it’s worth bearing in mind that its Covid mortality rate is still behind the UK’s.

Positive cases also appear to have levelled off in the last couple of weeks, suggesting it may not get much worse.

The List of the 73 MPs Opposed to Vaccine Passports