Brits Can Now Go to the Beach 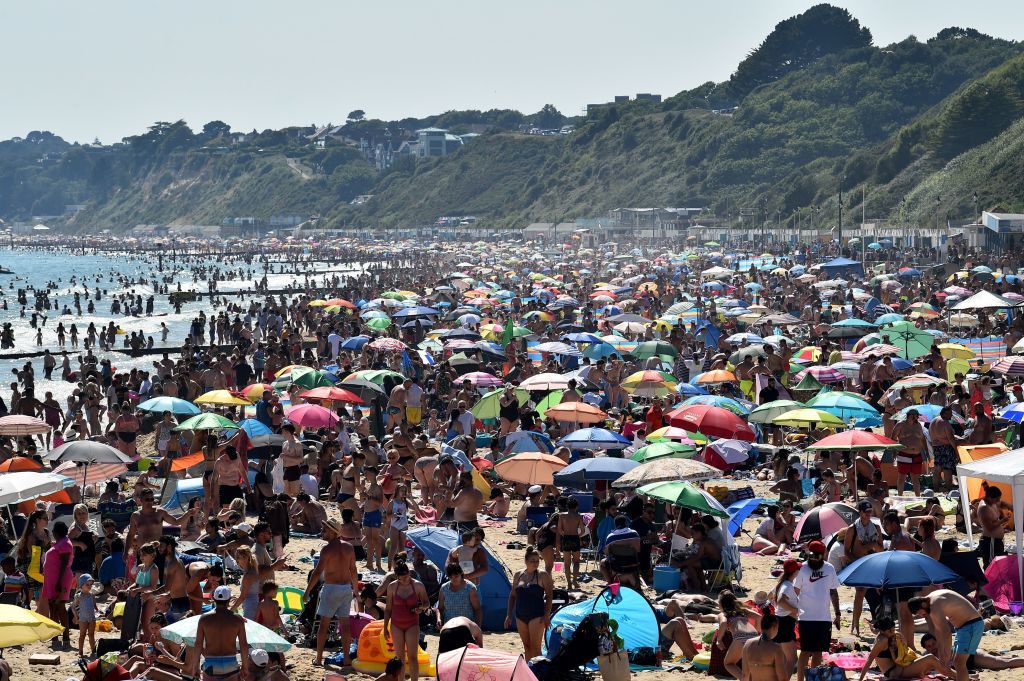 Brits are now allowed to travel out of their local areas to go to the seaside, the Government has announced. (It still feels strange that such actions must receive approval from the state!) When half a million people flocked to the Dorset coastline last June, a “major incident” was declared. Brits won’t quite be able to enjoy the 33.3C temperatures that were recorded that week, but will still surely make the most of the “mini-heatwave”. The Mail has the story.

Britons are expected to flock to beaches over the next few days to enjoy this week’s mini-heatwave after the Government confirmed families from London and elsewhere can now travel to the seaside.

People in England will be taking advantage of the relaxation of lockdown measures as outdoor gatherings and sport events resume, with highs of 24C expected in the South East today.

There is now no legal limit on how far people can travel to enjoy day trips at the countryside or coastline, although overnight stays are still banned at hotels, self-catering accommodation and other people’s homes.

But there will be concerns among ministers that the unseasonably warm weather will make social distancing very tricky on beaches after the likes of Brighton and Bournemouth were swamped with visitors last summer.

The Government’s “stay at home” order ended this morning, with messaging moving to “stay local”, but people are still being asked to continue to work from home where possible and overseas travel remains banned.

Government officials today confirmed to the Evening Standard that it is now legal to travel from London to the seaside for a day on the beach, and there is no limit on the distance you can travel to see friends or family.

The newspaper also put two examples to the Government, which it confirmed were acceptable. These were driving to the New Forest in Hampshire to ride a trial [trail], or taking a windsurfer or kayak to the coast for the day.

A Government spokesman said: “Whilst the ‘stay at home’ rule has ended, many restrictions remain in place. We ask everyone to act responsibly and cautiously and minimise travel where possible as these restrictions ease.”

The date at which these restrictions on internal travel differs across the UK.

In Wales, the “stay local” order ended on Saturday and people were allowed to stay in self-contained holiday accommodation. The stay home order in Scotland is to end on Friday.

In Northern Ireland up to six people, or two households, will be able to meet outdoors from Thursday.

Stop Press: Bournbrook’s cartoonist ‘Crid‘ has released a cartoon on Brits going to – and working from – the beach.

Are the Vaccines Really “62% Effective” For Care Home Residents?