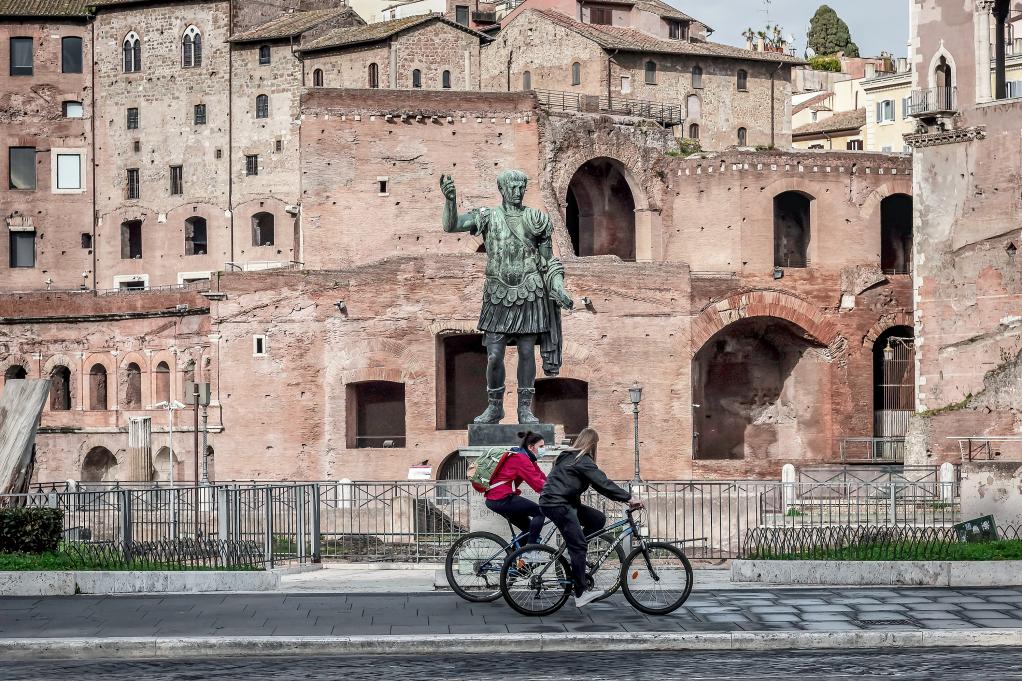 Government sources fear that an increase in Covid cases on the Continent could prevent Brits from holidaying abroad this summer, and could even cause a “new wave” of infections in Britain. The Times has the story.

Scientific advisers and other senior figures are becoming extremely concerned by an increase in infections that is forcing some regions on the Continent back into lockdown. They fear a rise in cases here within weeks.

European holidays in May – and even in the summer – look doubtful. Scientists are wary of outbreaks of the South African variant in some European countries and some are calling for tougher travel restrictions.

Although the British data is heading in the right direction, with a record 660,276 vaccinations yesterday and the seven-day average of deaths falling below 100 for the first time since October, science advisers are urging caution.

A Government scientist warned there was a danger that travellers could bring back new variants of the virus that are less susceptible to vaccines.

Dr Mike Tildesley, a member of the Spi-M modelling group, told Today on Radio 4: “International travel this summer is, for the average holidaymaker, sadly I think, extremely unlikely. I think we are running a real risk if we do start to have lots of people going overseas in July and August because of the potential for bringing more of these new variants back into the country.”

“What is really dangerous is if we jeopardise our vaccination campaign by having these variants where the vaccines don’t work as effectively spreading more rapidly.”

Officials believe that an increase in Covid cases across Europe could also impact Britain’s vaccine rollout.

Rises in cases in France, Italy, Spain and Germany have prefigured similar trends in Britain several times over the pandemic. A surge in cases on the Continent is also likely to complicate Boris Johnson’s attempt to stop the European Union blocking exports of the Pfizer jab to Britain. He is hoping to recruit allies such as Belgium, the Netherlands and Ireland to oppose Brussels, whose threats are backed by Germany, France and Italy.

This morning EU chief Ursula von der Leyen escalated the row over delayed shipments by threatening to halt exports of AstraZeneca vaccines if the bloc did not receive its deliveries first.

Stop Press: A reader has pointed out the double standards in the Government’s approach to Covid testing. Why, if it’s so important to produce a negative test or to have had the vaccine before attending anything (schools included), is the Government not requiring people to take a test before getting the jab at vaccine centres (attended, until now, by those most vulnerable to Covid)?

If asymptomatic “cases” are numerous and serious – as NHS advertising still tells us they are – surely we would ALL be told to have a Covid test just before booking a vaccine slot (not just those who, for whatever reason, have recently had a test that has been positive)? Then, if positive, the we could self-isolate and wait for the recommended interval, rather than expose other people to possible infection and compromise their vaccine response.

US Reopening Faster than UK