How Long Will We Persist With the Mad Mask Charade? 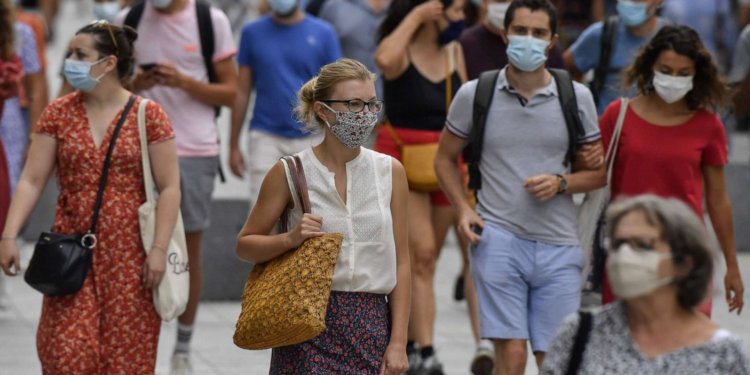 On the December 29th 2022, both Kettering and Northampton General Hospitals announced that they would – once again – be asking all patients and visitors to wear a mask “due to a significant increase in Covid, flu, RSV and norovirus infections”. Despite the generalised wearing of face coverings being ineffectual in reducing viral spread, and despite the accumulating evidence of the harms (physical, social and psychological) associated with them, it is clear that a few mask zealots – many embedded in our healthcare system – are continuing to promote this senseless practice. And this obsession with covering our faces, as stubbornly espoused by a few NHS Trusts, has consequences. In combination with the way that masks have strengthened psychologically-manipulative ‘nudges’ to frighten and shame us into compliance with state diktats, this double whammy is prone to evoke crazy behaviour in some otherwise ordinary people.

Allow me to illustrate with a couple of recent personal experiences.

My partner and I had ‘ordinary’ colds on the day a boiler man was due to visit to do work on our central heating system. As we knew the boiler man very well, I phoned to let him know we had colds and, straight away, he wanted to know if it was Covid. I told him no and suggested he postpone. He proposed we all wear masks for the four hours he anticipated it would take to complete the repair. Did he really expect us to cough and sneeze into masks for this prolonged period? Yuk! Instead, we opted to go on a long walk as it was a lovely sunny day.

Based on these experiences it appears that public health messaging throughout the Covid era has erased our memories of what routine life was like prior to this period. So here are reminders:

Cold: a common, mild viral infection of the nose and throat.

As a direct result of the Government’s communications strategy, the terms ‘cough’ and ‘cold’ have taken on sinister meanings. This is unsurprising when one considers what we have all endured. Following the mask U-turn by our state-funded experts in April and May 2020 – when they collectively ditched the valid ‘masks won’t help’ narrative – we have been bombarded with relentless propaganda. Images of people in masks appeared everywhere: signs outside buildings, advertising hoardings, and TV and internet commercials. We were told, with no robust evidence to support the claims, that masks helped reduce the transmission of the virus that causes Covid. We were told it was our duty to protect other people by mask wearing. There were messages that read, ‘no mask, no entry’ outside shops and cafes.

During the Covid era, I was startled to find that the website of Liberty – the U.K.’s leading human rights organisation – was littered with pictures of people in masks. Our political leaders of all parties were frequently photographed in their masks. Even Extinction Rebellion were seen protesting outside, socially distanced and masked. It was a powerful propaganda campaign that affected everyone. There were no discussions in the mainstream media on the pros and cons of mask wearing, no mention of the many harms involved, no balanced reporting of the available research evidence. We were lied to. We were manipulated. We were nudged. We were shamed. We were bullied. Most of us were fooled. Most people believed that wearing a mask was ‘doing the right thing’.

A minority of the population always felt in our guts or our hearts that mask wearing was a vile, oppressive, inhuman imposition. Some people bravely went barefaced from the start and coped with whatever abuse and prohibitions they encountered. After the long weeks of lockdown and social distancing my courage was at a low ebb. Throughout 2020-21, to avoid adverse attention, I would wear a thin grey cowl (only bearable for a few minutes) or a plastic visor. I knew that neither of these was in any way useful in preventing the spread of a virus by tiny aerosols. I had done my homework. I was however intimidated and very stressed by every experience that involved being amongst masked people. I used to talk to myself behind my visor while doing the shopping and smile stupidly at the masked people around me. It’s bizarre to remember it now and I promise myself that if those pesky masks ever return my face will be free.

And, encouragingly, by the latter half of 2022 it seemed we had turned a corner. Only a deviant minority persisted with wearing face coverings in public places. But – as we enter a new year – this return to sanity is under threat. The mask disciples, like the infection control people at Kettering and Northampton General Hospitals, are baying once again for the return of the mask. When we will be free of the irrational notion that covering our faces with cloth or plastic provides meaningful protection against respiratory viruses?

Jill Evans is a supporter of the Smile Free campaign opposing mask mandates.