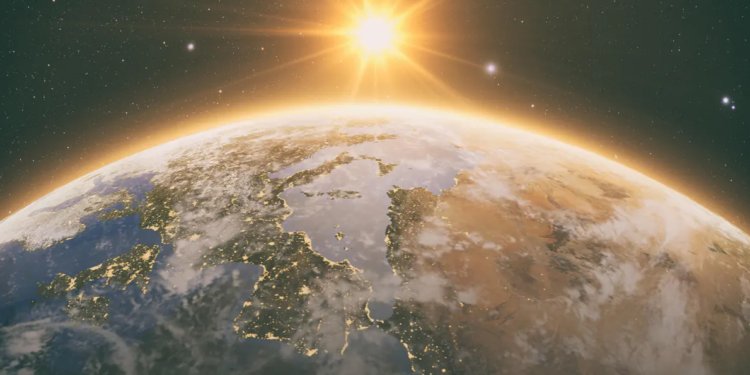 According to a worldwide IPSOS survey covering two-thirds of the world’s population, nearly four people in every 10 believe climate change is mainly due to natural causes. The degree of scepticism over human-caused global warming will shock the ‘settled’ science green catastrophists, who use constant scare tactics to promote the command-and-control Net Zero agenda. There have been over two decades of IPCC reports, COPs and relentless catastrophising of the weather, and it seems that 37% of people agree with the notion that changes in climate are “mainly due to the kinds of natural phenomena that the Earth has experienced throughout its history”.

The detailed 30-country survey across all five continents was carried out by IPSOS on behalf of the French energy company EDF. The climate sceptic finding is said to be “unexpected” by EDF, which notes that it is committed to “achieving carbon neutrality” by 2050. EDF says that climate scepticism has “consistently grown” over the past three years. There was a global rise of six points in this time to 37%, while in France, scepticism grew by eight points in just one year.

The survey found that the level of climate scepticism is very similar in all age categories. Political leanings, on the other hand, were more decisive. In the seven countries where political input was sought, 28% of supporters of the Left turned out to be climate sceptics, compared with 50% on the Right. This political split is obvious in many countries. In the U.K., the two Right-wing news channels Talk TV and GB News often feature scepticism about ‘settled’ climate science, while the woke, Left-leaning BBC has long banned a wider debate. In the U.S., climate scepticism is often found in Republican circles, but is rarely tolerated in the Democrat community.

EDF seems rather bemused by its findings. It suggests that populations are noting the occurrence of what it calls “extreme climate events”, but this is not making them “more concerned, nor is it convincing them of the human origins of the phenomenon”.

The IPSOS survey is not the first inkling that climate scepticism is on the rise. To date, most green measures, such as importing gas from elsewhere and outsourcing manufacture to the developing world, have been easy virtue-signalling hits. But the dreadful reality of Net Zero is starting to strike home. Writing in the Telegraph last week, Allister Heath noted that “blackouts will trigger a people’s revolt against the new eco-tyranny”. He added that the public want to be greener, “but not at the cost of suffering extreme material regression”. Meanwhile, waiting in the political wings, and rising in the polls, is the climate and Net Zero sceptic Reform Party of Richard Tice and Nigel Farage.

Decades of relentless climate catastrophising, characterised by far-fetched predictions and forecasts that never materialise, is starting to take its toll. Perhaps, people are just getting tired of being scared all the time, all to no avail. Global warming ran out of steam at the end of the last century, despite the upward adjustments made regularly by corrupted surface temperature datasets. This year in particular has been a disaster for doomsters with coral growing back in record amounts, Arctic summer sea ice and, possibly, the Greenland ice sheet increasing in mass, and annual hurricane energy falling by 33%. Living by the sword means dying by it, although of course there is a constantly moving conveyor belt whipping up new hysteria about ‘extreme weather’ events.

There is also a growing awareness that the science that blames all atmospheric warming on the 4% of carbon dioxide that humans emit into the atmosphere is not quite as ‘settled’ as it is claimed. Many scientists suggest that the effect of CO2 is more logarithmic than linear, and as it becomes ‘saturated’ in the atmosphere, its warming abilities fall sharply. This hypothesis offers a more plausible explanation for any temperature and CO2 relationship seen in the historical and paleoclimatic past, when CO2 concentration was much higher than today.

Last week, the tweets of Editor in-Chief Toby Young promoting the Daily Sceptic’s climate coverage were said to be one of 10 sources accounting for 25% of global sceptical climate material on Twitter. Both the Times and Guardian ran articles noting a recent rise in climate scepticism on Twitter. This proved alarming to both newspapers. The Guardian led with the suggestion that denialism claims “flooding Twitter” have scientists worried. Scientists and activists are said to have told the Guardian that they have become “unnerved” by a recent resurgence of debunked climate change denialist points. Twitter was said to be a “cherished forum” for climate scientists to share research and rally action.

‘Cherished Forum’ seems to be another term for ‘Safe Space’. With that comes freedom from the tedious need to debate science, and all the devastating economic, societal and environmental destruction likely under Net Zero. And, it seems, the tiresome need to pay any attention to the views of almost 40% of the world’s population.

The Shameful Crushing of Dissenters